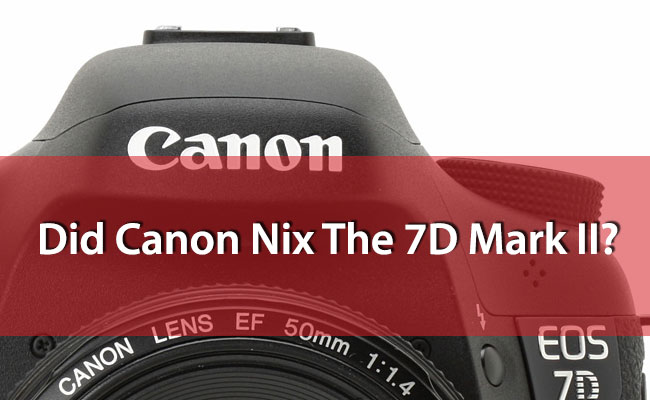 Funny how the wind changes direction isn’t it? Yes the above title is correct, according to the latest rumors there will not be a Canon 7D Mark II, not in 2014, not ever.

This is such an odd rumor that I just had to bring it up. It goes against all of the rumors we had been hearing over the last year as well as against many things that Canon has said. Ofcourse their plans may have changed, maybe instead of a 7D II they are giving it a different name, either way this is shocking news if it is in fact true.

One theory, as I mentioned above, is that they are simply abandoning the 7D name and going with a different one. Seems silly to me given the high regard the 7D name has, but I guess Canon could have their reasons.

If this is true I, and many of you I assume, will be really bummed. The 7D Mark II sounded like it was going to be the proverbial “pro” crop body, something that I was looking forward to purchasing. Now it seems that the 7D may be going the way of the D300s… lets hope that this is one rumor that is simply not correct.