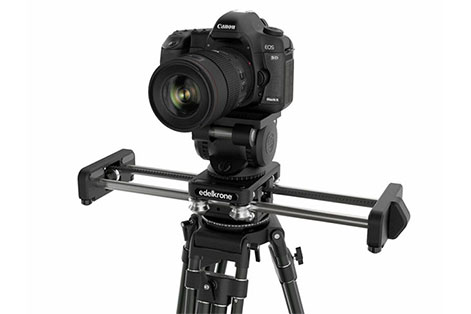 If you ever wonder how a “reveal shot” is created in video, there’s a chance that a camera slider may have been used. A reveal shot is where the camera travels left-to-right or right-to-left to reveal a portion of the scene. A slider is essentially a straight single or dual track with a movable “carriage” that glides across those tracks. The camera sits on top of the carriage and moves left-and-right (known as tracking), or front-and-back (known as dollying). These camera movements help create a more cinematic feel to a video.

There is a downside, however. For the solo shooter, a slider, is not very portable and is not easy to travel with. 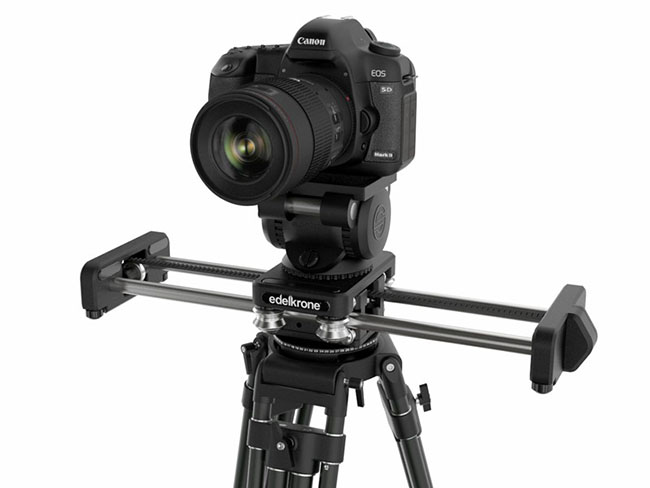 Edelkrone just released their own clever take on the camera slider. What makes their SliderPLUS+ different from the traditional camera slider is how the 1-foot tracks themselves can glide back and forth on their own set of wheels. As a result, the track can grow from either side as the camera moves along the track and cover the equivalent of a 2ft track.

Additionally, because the tracks only take up half the length, the SliderPLUS+ can fit inside a backpack.

The other benefit with having a movable track is that when you dolly or move the camera front and back, there is less chance that the track will end up in the shot when the camera is on the back end of the track.

Dodging and Burning in Photoshop | Tuesdays With Lauri