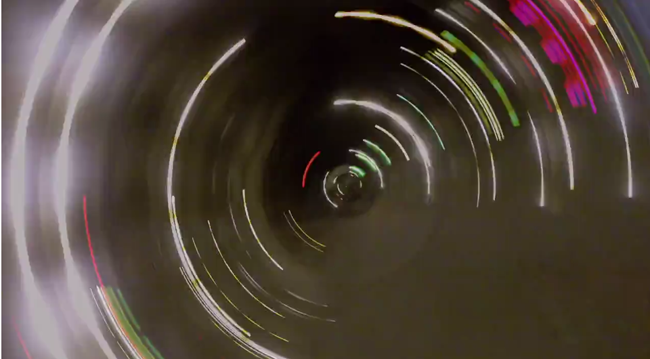 Though I love GoPros and their resulting adventurous videos, I never felt the need to own one of the versatile cameras. My mundane life of sitting at the computer screen and running errands to and fro never seemed to necessitate a camera to document those daily tasks. Yet, Ryan Fox, a student at the University of Wisconsin proves in his GoPro video, that the little camera can make everyday tasks look pretty cool.

Fox, who made the following short video for one of his classes, is a pizza lover (a fact he wanted me to tell the world), and he duct taped his GoPro to his car tire to record a trippy, wild ride. He tested it out first, of course, to see how the duct tape would hold up before taking it for speeds up to 45mph. The duct tape didn’t budge – and did you expect it to? Of course not, it’s duct tape!

The video is kind of mesmerizing and also a bit nausea-inducing, very reminiscent of the whirly ride at the fair or a vortex to a new dimension. I do not advise eating pizza before watching.

[Used with permission – Via Gizmodo/Sketch Three: Avant-Garde (R.P.M. 2) from Ryan Fox on Vimeo]

How to Develop Color Film Using the C-41 Process