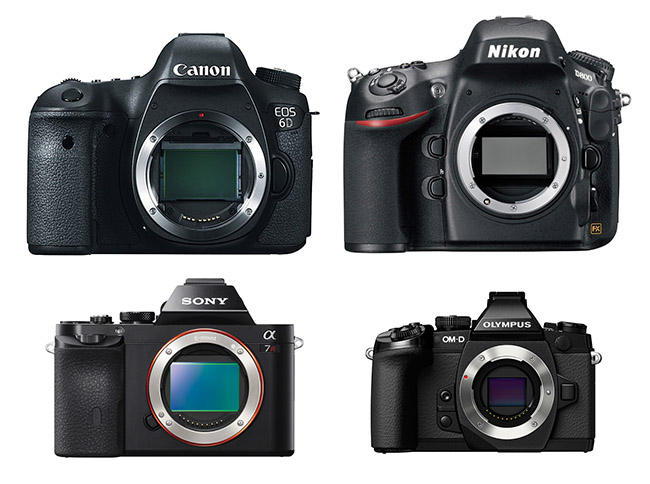 Is The DSLR A Dying Digital Camera System? – OP-Ed With Matthew Saville

Recently we’ve been seeing a lot of chatter about how mirrorless digital cameras are the wave of the future.  The latest article written by Gizmodo (found here: “The Last Days of the DSLR) has definitely sparked a lot of debate, especially since Sony has just recently announced and delivered the A7 and A7R cameras.  For those of you who have not been paying attention, they are full-frame mirrorless cameras with 24 and 36 megapixel sensors, squarely aimed at both advanced amateurs and even pros alike.

Or for those of you who are Nikon fans, the A7 and A7R are basically a Nikon D610 and Nikon D800, without mirrors or prisms, for a whole lot less cash and in a whole lot smaller package.  Ouch, them’s fightin’ words!

Okay instead of starting a flame war, let’s discuss this subject in a beneficial, informative manner.  Will we have to change our name to”MirrorlessLounge” someday?

The Advantages Of A DSLR Camera

The Advantages Of Mirrorless Digital Cameras

For now, in my opinion what I think it comes down to is the fact that many of the high-end pros still need and/or are happy with their current DSLR systems.  It is going to be many years before NFL / Olympic Sports photographers completely dump their Canon 1DX’s or Nikon D4’s in favor of a mirrorless camera.  In fact, this may never happen.

[Rewind: What features would you expect from a Canon 5D mk4?]

Then again, live view refresh rates and on-sensor phase-detect + contrast-detect autofocus systems are becoming more and more powerful, so maybe eventually it will happen.  But from what I can tell, the bottom line is that it won’t happen any time soon.

Rest assured, certain professions that work a little more slowly than an NFL photographer will be quick to adopt a system like the Sony A7/R system.  Landscapes, Nature, Architecture, Studio, …essentially anything that demands high quality images, extensive camera control, but not necessarily blazing speed.

The more casual shooter, however, will see the benefits of a traditional SLR system quickly begin to fade over the next few years.  We will see more and more lenses, more and more bodies, at lower prices and in more portable, versatile packages.

The Red Flag of Kodak

So, there are actually two questions we’re answering here.  Firstly, we have agreed (at least in my head we have) …that for now, and for a little while longer, the current DSLR standards will remain relatively prevalent, especially the higher you go into certain professional sectors.

However, the other question is: Even if their DSLR flagships continue to be in demand for many years to come, can “the big two” afford to go much further without beginning to compete more directly with cameras like the Sony A7, or the Olympus OM-D E-M1?  You may love your current DSLR setup, and you may not plan on buying new camera gear or switching systems for another year or two, (or three or four!) …however this is not an excuse for Nikon or Canon to sit back and be stubborn about their legacy systems.  If the decline (and eventual bankruptcy) of Kodak is any indication, it is that even if you pioneer a new technology and have many “firsts” under your belt, you are still at great risk of being surpassed by another innovator who leapfrogs your own success and technological advances.

Help a Photographer Whose Husband Was Murdered Over Craigslist Hoax