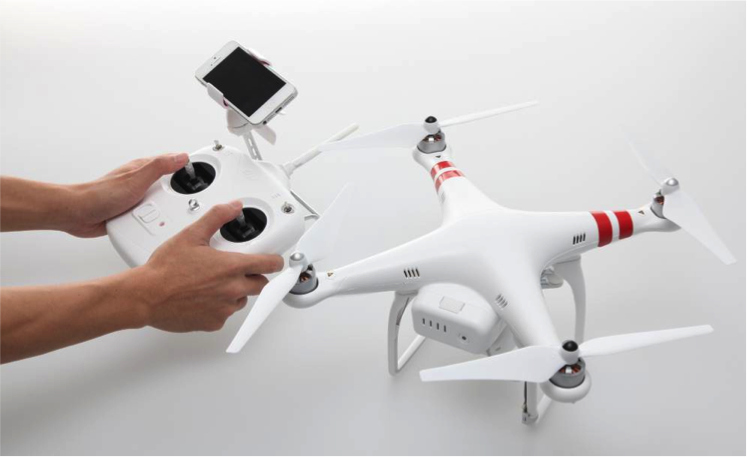 Drone Registration Begins Today – What You Should Know

First look at an FAA drone registration certificate. (No, not mine.) pic.twitter.com/BxiLhYgSKR

Today is the big day. The FAA-regulated drone registration for drone owners ages 13 and up begins today. Amidst quite a bit of controversy, the mandatory registration program already has pages of sign ups from dutiful owners of UAVs. If you are a drone owner or are expecting to get one soon, here are the details you should know:

Last week, it was confirmed by a writer at Forbes that the names, addresses, and registration numbers of drone registrants will be made searchable and publicly available. The FAA stated, “Until the drone registry system is modified, the FAA will not release names and address. When the drone registry system is modified to permit public searches of registration numbers, names and addresses will be revealed through those searches.” This is cause for concern as there will be kids as young as 13 years old registering their drones. The Forbes article further states that the Academy of Model Aeronautics is looking for ways to stop the mandated registration.

Camera Gear Most Stolen From Cars in 2015

LensTag, the company where you can register your gear to help find your cameras and lenses in the case of theft, shows the place that your equipment get stolen from the most is your car. According to a report over on PetaPixel, over half of the thefts in 2015 are from a automobile or home burglaries. 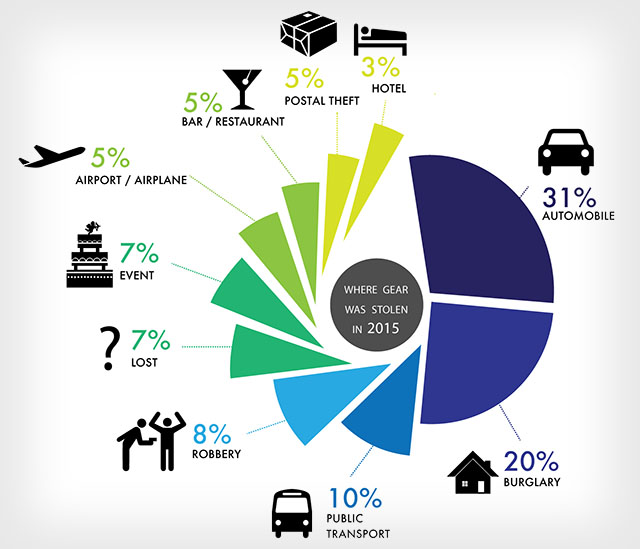 The most stolen camera and lens overall is the Canon 5D Mark III with the Canon 24-70mm f/2.8 lens, with the US, UK, and Italy being the countries with the highest reported thefts in the world.

These reports are always a good reminder to get insurance on your cameras and equipment, as well as take every safety precaution to ensure that your gear is protected by keeping track of your gear while you’re out and NOT leaving it in your car, no matter how safe you think the neighborhood is or how secure your car may be.

You can register your gear over at LensTag here and see the full report over on PetaPixel here.

Last night on 60 Minutes, host Charlie Rose got a look inside Apple and took a tour of the camera testing lab in the Silicon Valley juggernaut. It was revealed that a team of 800 engineers and specialists are solely dedicated to the tiny device found in the world’s most used camera (according to Flickr). This fascinating segment shows how Apple tests the camera’s performance in various lighting situations and how the technology corrects for camera shake. 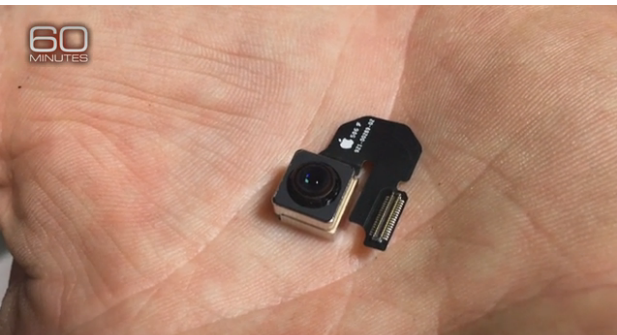 With 200 different parts in the tiny device and 24 billion operations when you take one photo, it’s no wonder that the intricate little camera has its own team and is an important part of the iPhone technology.