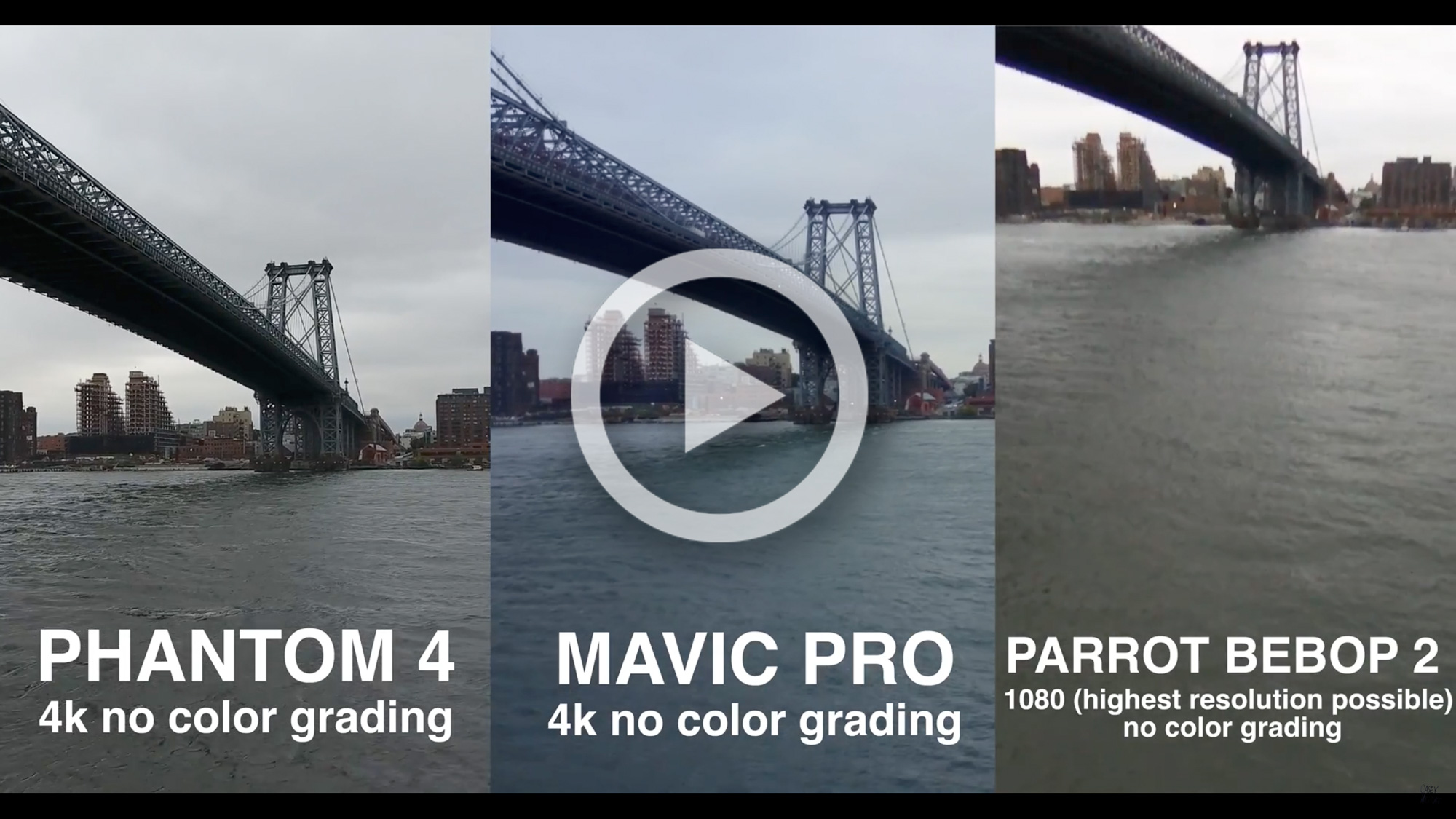 There are many options when choosing the right gear for the job, and trading convenience over quality can lead to headaches down the road. Trying to find that “sweet spot” between convenience and quality is a juggling act of features vs. performance, which we can see with the rise of mirrorless cameras, like the Sony a6300, offer a trade-off of quality to ease of use that fit in this sweet spot.

DJI recently announced their new Mavic Drone which appeared, on paper, to be their best drone created. Looking at their promo video, it offers all the incredible features of the Phantom 4, while retaining a small almost pocketable footprint. Youtuber Casey Neistat did a not-so-scientific test comparing the Phantom 4, the Mavic and the GoPro “Karma” with slightly disappointing results.

Ignoring his Pauly Shore-esque antics, Neistat pointed out that trading slightly worse image quality for “super convince” is worth it if your project has a quick turn around time, like a daily Youtube show. However, two things have debunked Neistat’s on-the-fly comparison of the drones. One, Neistat is working with a pre-production model Mavic provided by DJI and two, in a recent tweet Casey admitted that the focus was off on in the Mavic and it could provide much sharper images.

Mavic Drone Update; apparently the focus works differently on the Mavic. I played with it and I was able to get much much sharper images. pic.twitter.com/ThlPejiPx2

To be fair, other drones on the market have fixed focuses lenses, so the need to focus is a new issue specifically for the Mavic; as it has caught other reviewers by surprise as well. With these initial result, DJI looks to be closing the gap in quality between their cameras and the offerings of GoPro. Image quality might not be the deciding factor for drone users and features like “follow me” and foldable might make the Mavic a better choice.