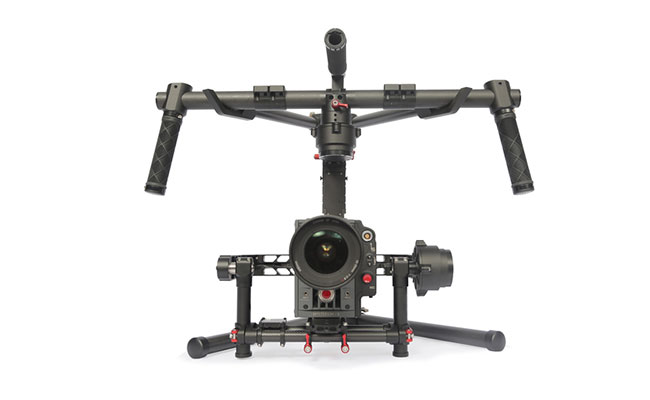 If we mention DJI, you can guess that 90% of the time it will be regarding their wildly popular Phantom Quadcopter products. That is what they are known for, so when they announced a new camera stabilizer everyone – myself included – was sort of like “whaaaat?”

That being said, the new DJI Ronin camera stabilizer looks like a really impressive piece of equipment. Definitely something that I would love to get my hands on to give a try. Here are the main talking points of the new stabilizer, as laid out by DJI:

AUTO CONFIGURATION
After balancing the camera with a simple tap of the ATS (Auto Tune Stability) button, Ronin will be automatically tuned for your camera rig. The gimbal will intelligently adjust parameters based off the camera rigs weight and independently adjust each individual axis until an optimal setting is found.

UPRIGHT OPERATION MODE
Upright Mode allows the gimbal to be flipped over and operate the camera closer to eye level without straining to lift the gimbal. This can be used in various situations such mounting on the top of the vehicle. There are no limitations.

SUSPENDED OPERATION MODE
Standard gimbal operation is in Suspended Operation Mode. Low slung, close to the ground or simply holding the gimbal in front of you offers completely smooth and stabilized footage. This mode would also be used when mounted to a flying platform such as a multirotor.

2ND OPERATOR CONTROLLER
A 2nd operator transmitter is also included with the package. This allows for pan and tilt control as well user assignable speeds and operation modes with 2 custom toggle switches on the transmitter.

So what are your thoughts on this new stabilizer? I have been hearing it will be priced somewhere around the $5000 mark, so its not a cheap piece of gear, but when compared to the MOVI for example, its a steal!

The Business of Photography: Friends With Benefits