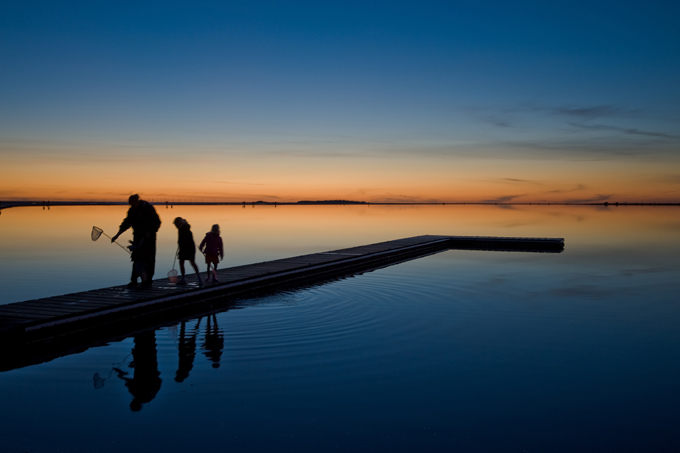 Diary of a Landscape photographer | Part 6

Bank Holiday weekend in the UK and I decided to not to go too far from home, sitting in traffic jams for two hours followed by trying to get a decent shot of a landscape without obtrusive humans isn’t my idea of fun. Though later I had to eat these words as you will see.

I decided that West Kirby may offer something in the way of a nice sunset, and so set off to the Marine Lake to try and get some images of the little yachts that the sailing club use to teach youngsters in the art of sailing. I chased the little yachts up and down trying to get a colourful shot, and I did succeed to a degree, with one or two nice images. Then as if all my prayers had been answered the wind dropped completely, and the marine lake became still and calm. One of the little yachts was trying to make it back to the shore with no means of propulsion since the wind had stopped, and the only way the owner could manoeuvre the little craft through the water was by swaying it back and forth, sometimes at a quite alarming angle, as it limped back to the shore. 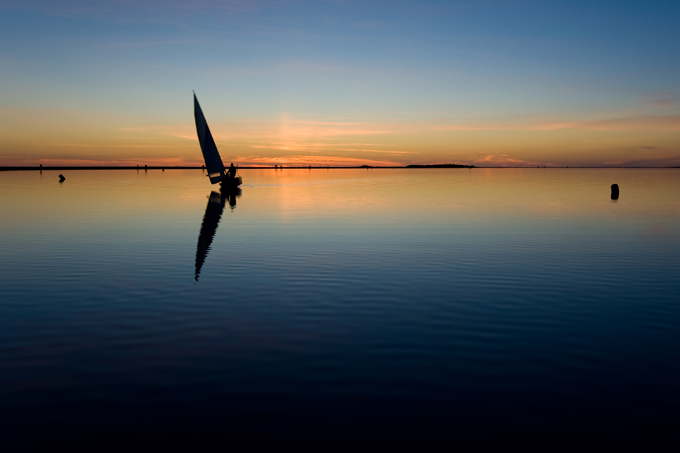 The yacht owner cursed the lack of wind as he retrieved his boat from the water, and my flippant remark of “Never mind, it made a beautiful photograph  didn’t seem to be any compensation at all to his early curtailment of yachting fun.

As the sun dipped lower under the horizon and I made my way round to one of the Jetty’s where I know the little yachts are launched from. I wanted a shot of the Jetty without human encumbrance, and waited patiently while a young mother and her three children dipped their little fishing nets in the water. I became entranced by the little group as I watched the children and their mum marvel at every net full of tiny creatures, making “oooh  and “ahhh  noises before they returned the little marine bugs to the water. It was a beautiful sight, just a mum and her kids enjoying simple pleasures together, no fighting, screaming or yelling. I watched with little group, with admiration, and perhaps a little envy too. I leaned on my tripod and suddenly come to my senses, when the thought “This would make a lovely picture  entered my head. I almost slapped myself, but instead made the necessary adjustments to my camera ( opened the aperture to f5.6 to prevent blur) and took a few shots of the little group. The following image is perhaps one of my favourite’s this year.

It was difficult to separate the little group in the silhouetted format that I wanted to capture, but eventually they stood up and I got 3 out of the 4 fairly clearly, the fourth is barely visible as she is standing behind mum with just her hands reaching for the net visible. Here is where I had to eat my words “trying to get a decent shot of a landscape without obtrusive humans isn’t my idea of fun  How wrong could I be!

When the family moved away and left the jetty alone and deserted, I had the opportunity to get the shot I came for, and even though I was pleased with the result, I was aware it didn’t quite have the same magic that the little family had brought to the scene. But maybe you think otherwise? 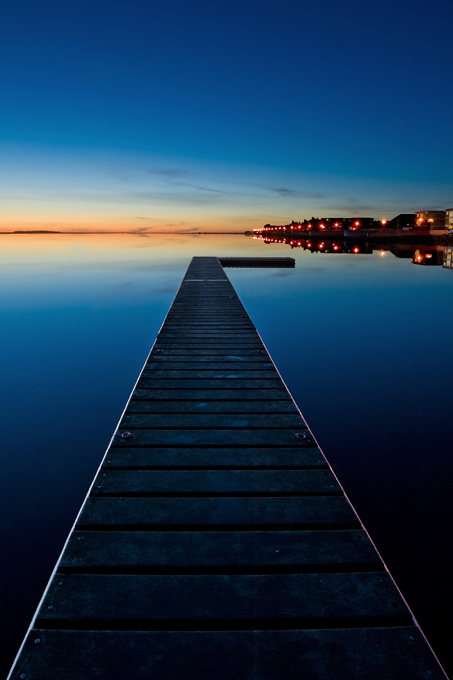 The above image shows the now deserted Jetty from another angle, and gives an altogether different mood to the scene, and maybe attractive for very different reasons than first two. Some people may be of the opinion that this type of shot has been done before, and of course they would be right, but when you think about it logically there isn’t much that hasn’t been photographed before, and you should never be deterred in my opinion, by the fact that is has. Originality is good, but improving your craft by emulating others is how most people progress.

I have posted above three images from the West Kirby visit for two reasons, 1. I think they demonstrate how you can get totally different images from one location, even within a small time span (all taken within 20 minutes) and 2. Well ¦ ¦.I just like them and hope you do too.