SLR Lounge > Photography News > News & Insight > An In-Depth Look at Pro Photographers | Who They Are, Where & How They Work 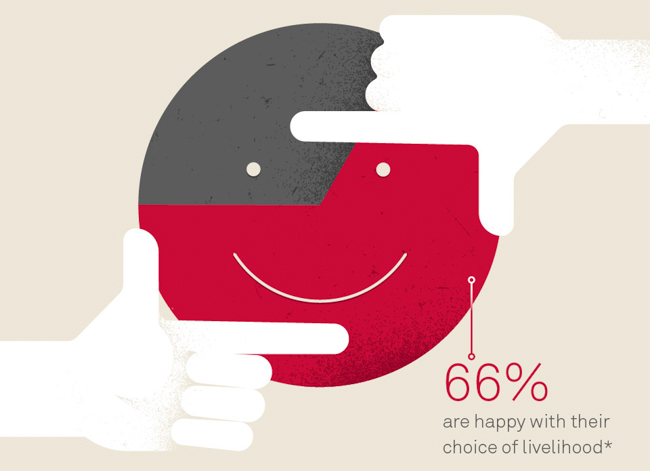 An In-Depth Look at Pro Photographers | Who They Are, Where & How They Work

It’s 2015, and photography as we have come to know it, in many ways, is an entirely different beast than it was ten years ago. The photographer is a different species, often struggling to adapt to a new climate – the digital climate.

The image is a central and vital component in modern communication. Yet, the photographers who are responsible for making, processing, and disseminating professional pictures on a daily basis have rarely been studied. Who are they, where and how do they work, what rewards do they receive, and what problems and risks do they face?

That’s the opener from the piece in World Press Photo, cutting to the heart of what many of us want to know, but don’t really take the time to look into, probably because it’s a daunting task. However, World Press Photo and Oxford University’s Reuters Institute For The Study Of Journalism have put together the first publication that’s an annual report on the state of photojournalism as a global profession. 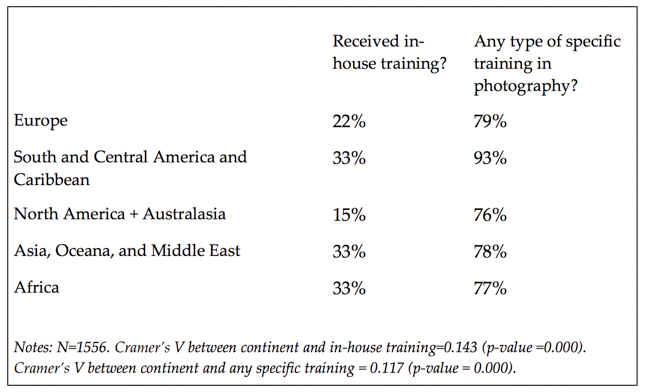 The report delves into the characters, practices, technology in use, working conditions, and ethics of photojournalists dotted around the globe. Much of the information was derived from a 63 question survey of 1,556 photographers from more than 100 countries, and this is hoped to grow and be repeated yearly.

The full 76-page document is actually a brilliantly in-depth and interesting read, applicable not solely to photojournalists. I’ve read through it in its entirety, and if you have time to spare on a commute or something, I’d recommend it – especially if you’re a photographer or considering becoming one. You’ll see a macro view of the photographic field on a whole, how it’s broken up, what role gender seems to play, where has the most growth, where’s stagnant, rate of employment in various countries, where the jobs are going, how many of us use supplemental income and so forth. 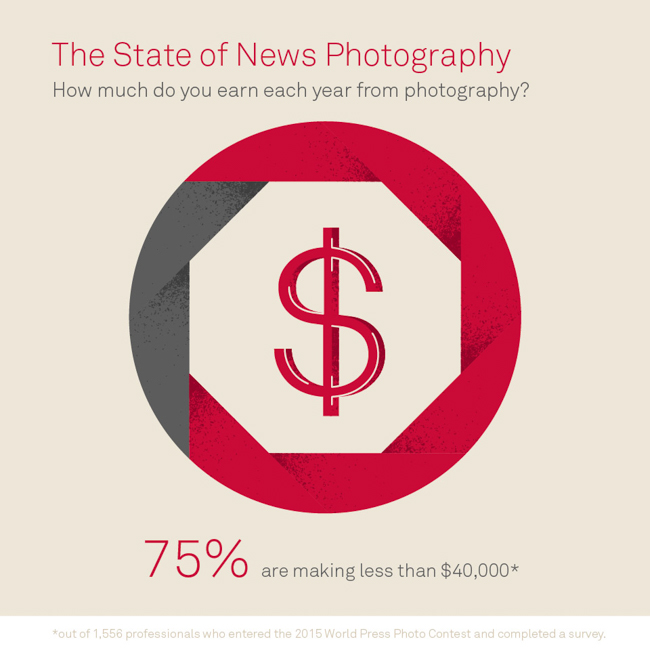 Then there are more details such as what format is used most, who prefers what, and what age are using what tools, which branches off into social media and which seems to be preferred and why.   Even if you don’t make it all the way through, as it’s a bit lengthy, here are 20 prime takeaways and talking points:

There’s really so much to take away from all of this, and hopefully this bounty of information will aid in wise choices. If you’d like the ‘whole hog’, so-to-speak, you can read the entire document here: The State of News Photography