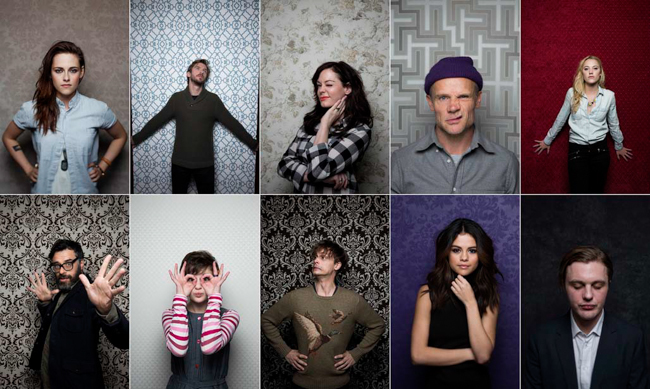 The Sundance Film Festival is one of the largest independent film festivals held in the United States. Celebrities and socialites flock to Park City, Utah every January to mingle, view the newest offerings from independent film makers, and now, step into Jay L. Clendenin’s portable studio for a quick portrait or two.

Los Angeles Times staff photographer, Jay L. Clendenin, is used to focusing on celebrity portraiture in the bright lights of Hollywood, but Sundance provided a new challenge. This January, at the famed film festival, Jay took 281 portraits in a portable studio set up in a small small space, with different backgrounds, with only about 4-9 minutes per subject. He also simultaneously created Fuji Instax prints. 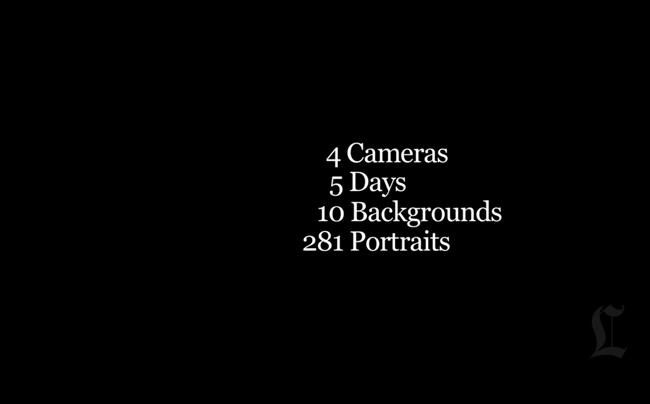 Limited by space, Jay used a simple light set up, two softboxes and two Dynalite strobes with 1000w packs. For group shots, he used both strobes. For single portraits, he used a white bounce card placed about chest level to his subject with a single small softbox positioned at a 45-degree angle just above his subject’s forehead. I personally think his single light setup is important for every photographer to learn and practice. It’s simple, affordable, and can be used in many different situations.

Jay used different backdrops to change the look of his portraits. For group portraits, a 9 by 12 painted canvas was used. For individual portraits, he created his own custom backdrops, using sheets of 1/4inch foam core and different patterned fabric. He wrapped the fabric around a sheet of foam core securing it using gaffers tape and binder clips; creating ten custom backdrops. 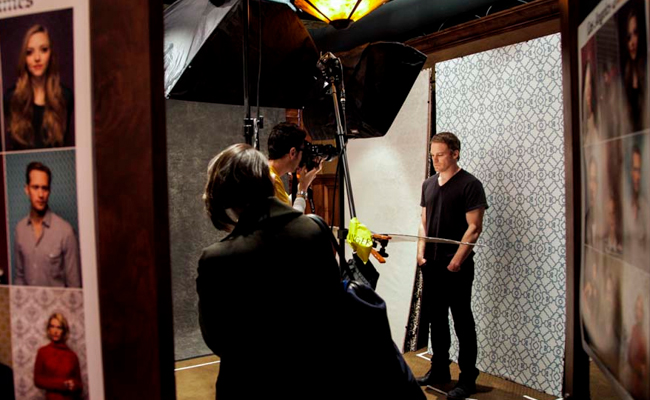 Jay’s method is relatively inexpensive and a simple way to create backdrops for a photo booth to use during weddings, parties, or portraits in the studio.

'Baby Selfie App' or How To Cull Your Friends List

Why Do DSLRs Sell Better Than Mirrorless Systems?