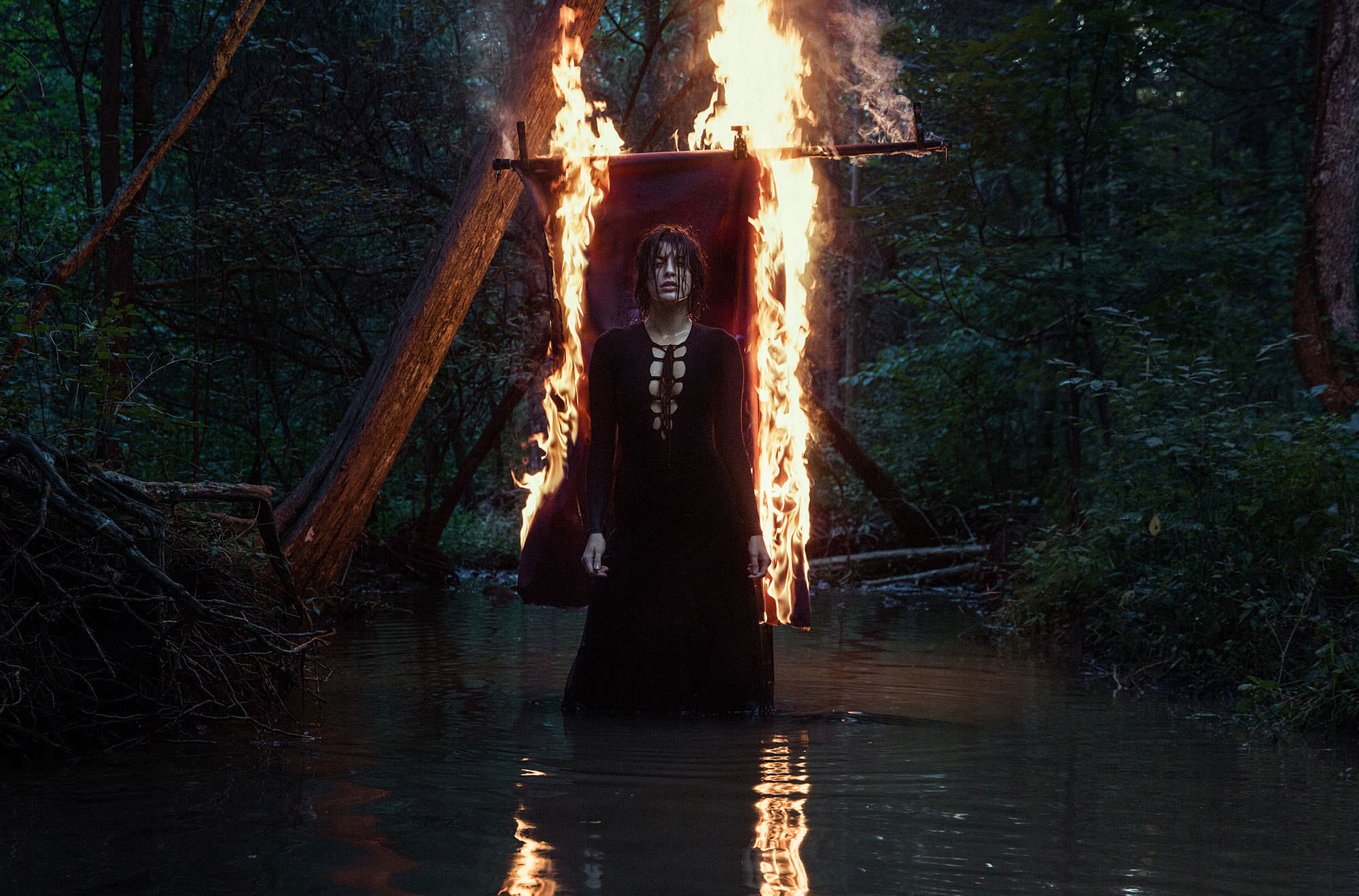 Advertising and Editorial photographer and friend of SLR Lounge, Clay Cook, has released a new BTS video to give us all a look at his process on a recent conceptual shoot. The eye-catching final image features a lovely model, a dramatic location, and a burning backdrop. Clearly, a shoot like this requires a great deal of pre-planning and careful execution, and Clay has been kind enough to give us some insight into the specific steps and decisions that go into this type of work.

Clay had a very particular concept in mind when he began working on this shoot. He took his inspiration from the movie “The Witch,” and aimed to mix its dark, mysterious aesthetic with a hint of glamour, influenced, in part, by a fashion photography mentality. The foundation of the concept was mixing fire and water, and he decided very early in the planning phase that he wanted the fire to be practical, rather than composited in post. 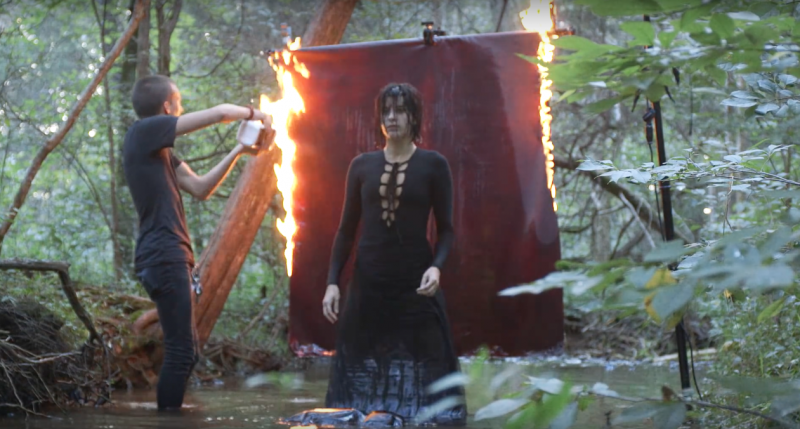 He was able to use a 3×4 canvas background from a previous shoot, unique enough that he wouldn’t need it for any future projects, as well as a healthy dose of lighter fluid as the fuel for his fire. As for the water, living and working in Kentucky puts him in close proximity to a great deal of natural streams and ponds, and Clay was able to find a local landowner willing to allow him and his team to put their plans into action, fire and all.

Clay wanted a realistic lighting look for the image. With so many other bold elements involved in the concept, the lighting needed only be flattering to the model. To accomplish this look, he used a Profoto B2 and 60” Photek Softlighter as his key light, placed above  and slightly camera right of his model, and a Profoto D1 in a 46” Softlighter, behind the camera, as a fill light. 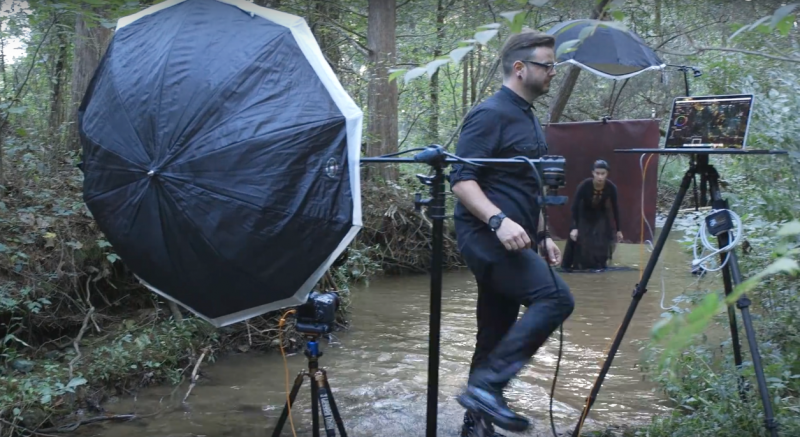 With so many moving parts, it was deemed crucial to shoot tethered into a MacBook Pro running Capture One Pro 9. To accomplish this, he used a full array of Tethertools gear: a Tether Table Aero Master, Aero Propad, Strapmoore, Jerkstopper, Tetherpro USB 2.0 15’ Cable, and a Securestrap. This setup allowed the team to more accurately judge exposure and lighting, and preview the images as they were captured with a preliminary color grade applied. 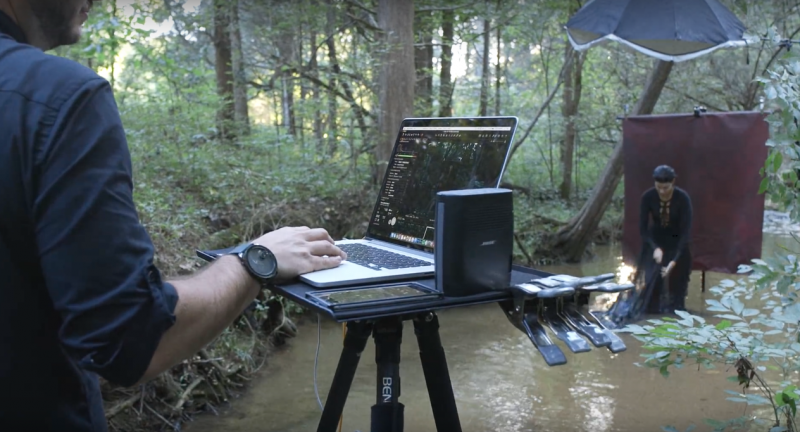 Clay also set his Canon 5D mk3, with its Canon 24-70mm f/2.8, to slightly underexpose the scene, ensuring that he was able to capture the highlights of the flames, and adding to the desired aesthetic of of the image. Once the shot was framed and lit, and the model was doused and in place, the assistants went to work lighting the edges of the lighter fluid-laden backdrop aflame. The fire became a lighting element of its own, providing the model with a soft edge light, and giving the team a total of about 5 minutes of shooting time, before extinguishing itself.

[REWIND: Drone Image Prep & Processing | A Guideline For Getting The Drone Shots You Really Want]

Have a look at the BTS video below.