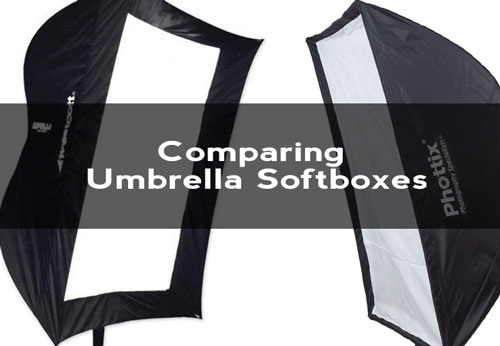 If you are like me and do not have the luxury of a dedicated studio space then you likely use speedlights for your artificial lighting needs. One of the best modifiers for any sort of artificial light are softboxes. The problem with standard softboxes is that they can be a pain to setup and not very speedlight friendly. A great alternative to your standard softboxes are these Umbrella Softboxes, another plus is that they are designed to be used with speedlights. 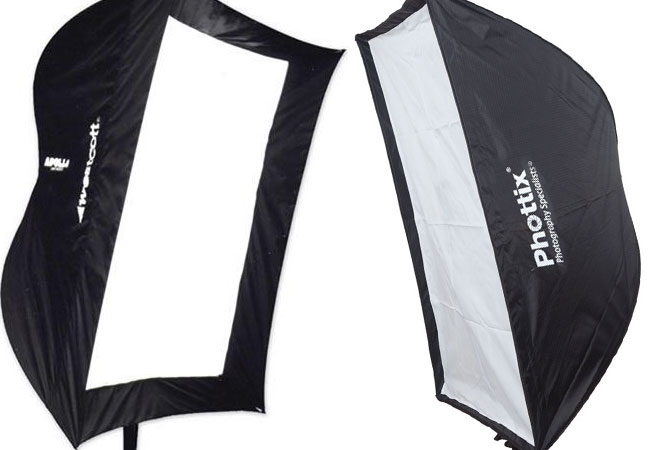 There are several brands of these umbrella softboxes, today I wanted to focus on two of the more popular brands; the original Westcott Apollo and the Phottix Easy Up Softbox. The two softboxes work the same way, you open it like an umbrella and place your speelights inside, the biggest difference beyond materials used is the price. The Westcott sells in the US for about $150 depending on which size you get, and the Phottix sells for about $70 depending on the size that you get.

I was going to do a full video comparing the two, but came across this great one done by Youtuber Snappuppy. Since he did such a good job I decided to just share his video instead.  So for a thorough look at both softboxes checkout the video below.

I am on a strict budget when it comes to my photography, and based on the reviews that I have seen (including the one above) the quality of the light – which in my opinion is most important here – is roughly the same. Not only that but the more expensive Westcott Apollo softboxes suffer from the center shaft being “too short” which causes it to come out and it can be annoying to put it back. The cheaper Phottix version does not suffer from that problem and has a better umbrella shaft.

Based on this I am comfortable saying that I would chose the Phottix version over the Westcott, simply because it’s cheaper and works just as well (by most accounts). One thing to note though, I recently attempted to purchase one of the Phottix softboxes via the Phottix website and was told that they no longer ship the softboxes to the USA. They ship their other products here just fine, so my guess is that Westcott has threatened them with some sort of legal action if they sell their “knockoff” softboxes in the US. I do not know that for a fact, but that is my guess. If anyone knows how to get one of the Phottix branded softboxes here in the USA let me know in a comment below. (Amazon and Ebay were no dice when I checked) 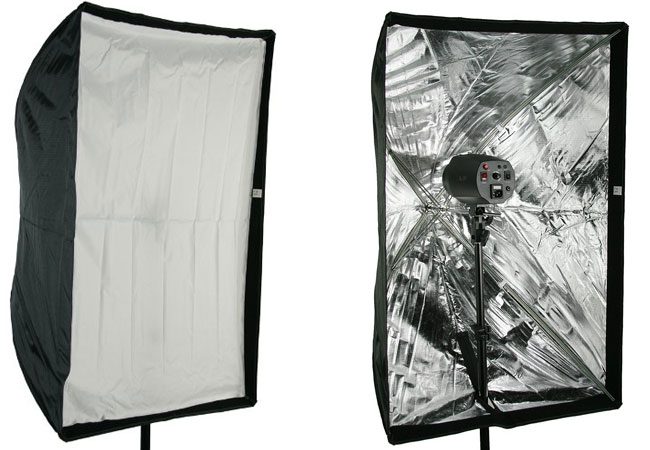 Cheap0 Brand – Available on Amazon for $30

So rather than going out and getting the more expensive Apollo I went the other direction and got the cheaper unbranded version, easily available on Amazon for about 30$. I just got it in the mail today and will likely write up a full review of it once I have been able to thoroughly test it out. But my initial reaction is that it is pretty well built, for $30 I was not expecting something as well together as the unit I received is. That said, I have not had a chance to test out the light on it yet – so I will reserve judgement until my full review.

Where do you guys fall in this? Do you take the cheaper and equally performing Phottix, or the slightly better built – but more quirky- Westcott version? Or do you go straight for the bargain basement version on Amazon like I ended up doing? Let us know in a comment below.

100 Reason’s Why You Should Pick Lightroom over Bridge