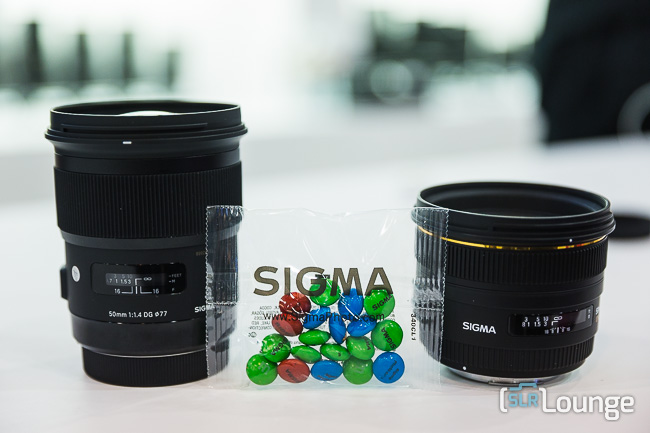 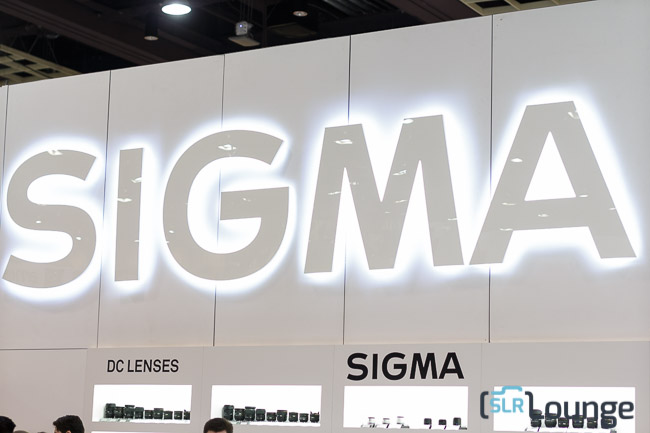 This last week while at WPPI, I had the opportunity to get a first hand look at the new Sigma 50mm F/1.4 lens, and I was very impressed. Since Sigma has still not finished tweaking the lens before production, I was not able to shoot any images with the pre-production model, but I was able to do a quick comparison with my old Sigma 50mm F/1.4.

As you can see in the image below, the new 50mm is quite a bit larger (even accounting for having a rear lens cap on and the old one not). The lens takes its style and shape from the rest of the Sigma Art series lenses.

The optical design in the new 50mm has changed considerably from the old version – which by the way, is every bit as good, or even better if you can get a good copy, than the Canon or Nikon 50mm F/1.4 lenses. The new lens contains 13 elements in 8 groups over the 8 elements in 6 groups that old one contains – a much more complicated design.

The other difference, though minor, is the minimum focusing distance. The new Sigma 50mm can focus 5cm closer than the old one at 40cm vs 45cm. Not a huge difference, but could be noticeable if you need to get close to your subject.

Now for the weight…everyone wants to know about the weight. I keep hearing everyone fuss about the weight of the new 50mm. I can say, having held it myself, that it did not feel noticeably different from my old Sigma 50mm. That is not to say that they could change something, but I doubt that anything that they change will add or remove a ton of weight. To me the weight is a non issue, its a 50mm F/1.4, not a 300m F/2.8 people.

So there you have it, Sigma’s new 50mm – while looking quite a bit different – is actually not all that different spec wise from the old one (optical design aside). According to Sigma reps, the lens should be expected no later than April of this year, so hopefully sooner than later. Now, all we need to find out is what the final weight will be as well as the all important pricing info. 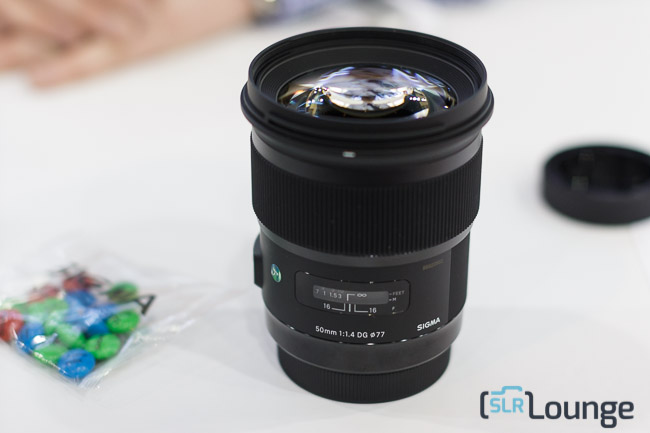