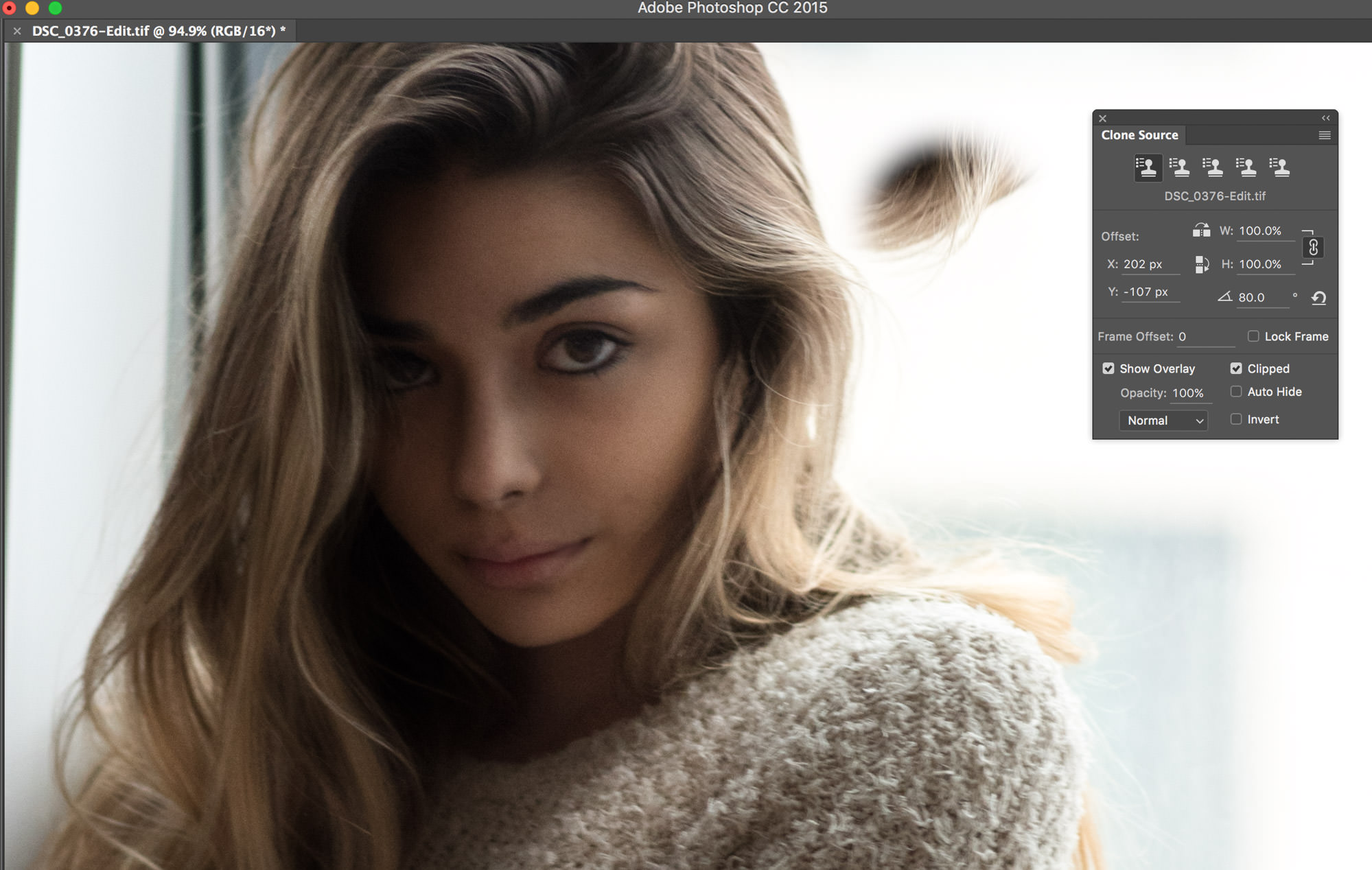 The Clone Stamp Tool | What Everyone Misses & Where To Find It

You could spend weeks, months even, entirely dedicated to Photoshop and not find or figure out all the variables and tools at your finger tips, nor how to manipulate them all. The use of Photoshop is, metaphorically, a martial art, where you can learn the basics, but continually develop and realize the nuances of your actions.

Of course, as photographers there’s a lot to Photoshop we’ll likely never need. It’s easy to be lulled into thinking, especially given the namesake, that Photoshop is strictly for editing photos, but it’s also a true-to-form designer’s tool. I mean, one only has to look at Photoshop’s ‘Design Space Preview’ to get a glimpse of how much of a designers tool it is. In fact, a sizable proportion of you reading this may not have the foggiest idea what that is (will discuss further down).

Nonetheless, the great thing about Photoshop being so vast is that learning it is like running in a race where the finish line keeps moving – there’s always something more. In that vein, I’d like to share a ‘trick’ that a disproportionate number of retouchers aren’t aware of, and it’s one of my absolute most-used and favorite features.

Retouching a face, a body, an article of clothing, or indeed any ‘thing,’ often involves using the Clone Stamp Tool. It’s effective, quick, and versatile. Left unadulterated and unaltered, however, is just letting some of the best in Photoshop pass you by.

If you’ve ever used it, you’ll be aware as you sample an area to clone then move the cursor/tool you see a representation of what you’ve copied – the clone (less or more visible depending on your brush opacity). When you move it to the area where you’d like to ‘deploy’ it, this preview allows you to align it as you like. One of the problems you’ll run into, and quickly, however, is that it’s highly unlikely that the angle and disposition of the sample will match the angle you endeavor to ‘paint’. 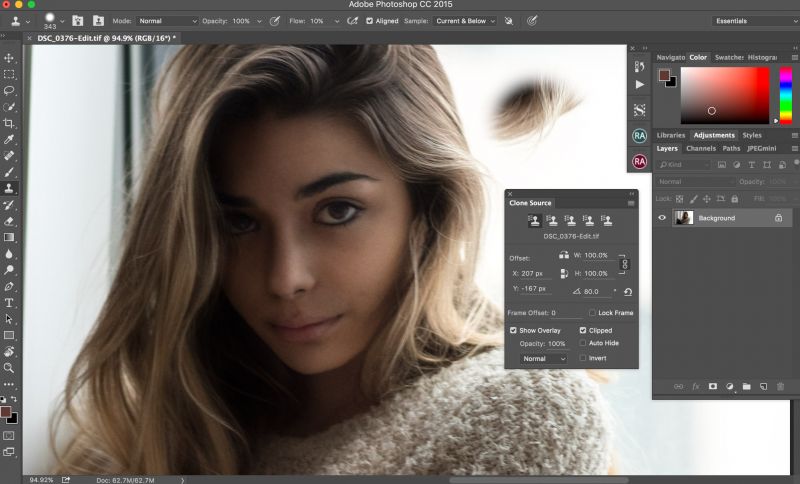 I find myself using the clone stamp tool predominantly on hair (eyebrows, beards included) and clothing, and very infrequently do those lines keep strictly straight. So if I’m filling in some hair, cleaning strays, or reshaping clothing, I’ll often find myself presented with a situation like a rounded corner or a rounded lock of hair and the angle of the sample area just doesn’t follow the curve you’re trying for. Many photographers labor under the impression that in those cases you just have to deal with it or use another tool, but the clone stamp tool, in fact, can be rotated to match the angle you like. 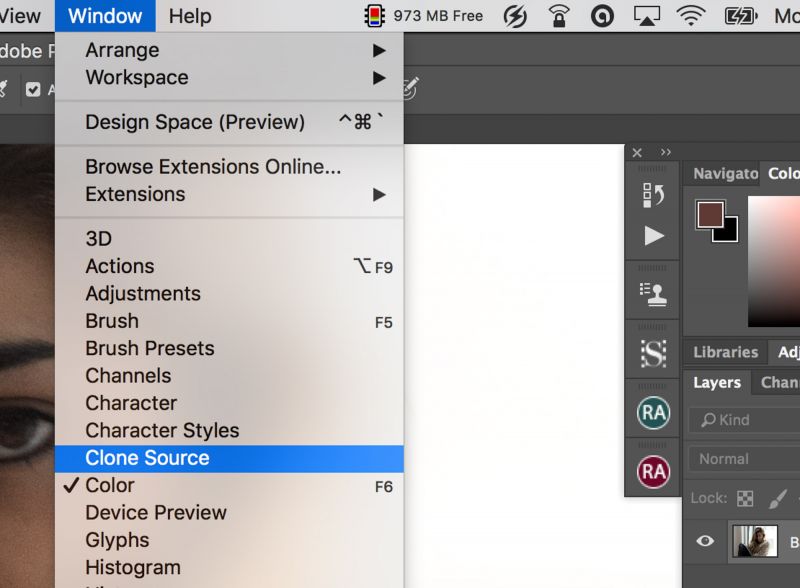 That’s the reveal, and it’s a big one for many. When this is implemented and you input that perfect rotation degree so the angles match perfectly, well, that’s what I imagine a shot of morphine feels like when in pain – bliss. It’s also easy to do: Window>Clone Source and then find the rotation input section in the pop-up dialogue, and change to your will. You should get significantly more accurate use of the Clone Stamp Tool armed with this. 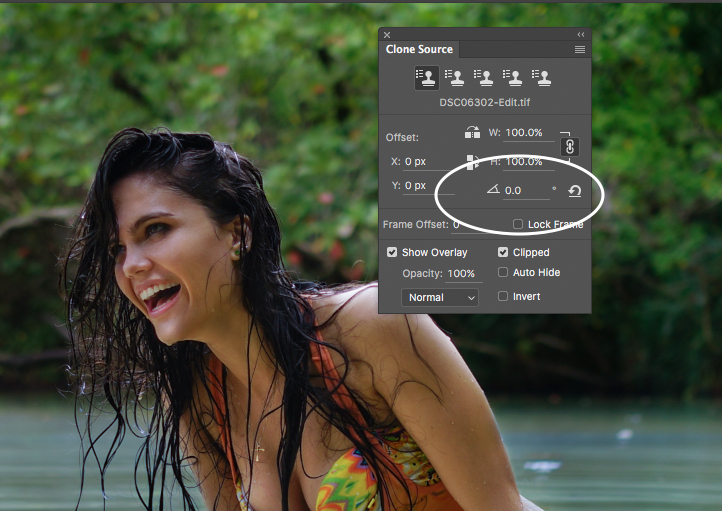 [REWIND: You Can Greatly Speed Up Photoshop With A Click Of A Button, But Consider This…]

As promised earlier, here’s how to find the Design Space Preview.

Go to Photoshop/Edit>Preferences>Technology Previews. This will bring up another dialogue/options box and you’ll want to ensure you have the ‘Enable Design Space (Preview)’ box checked. 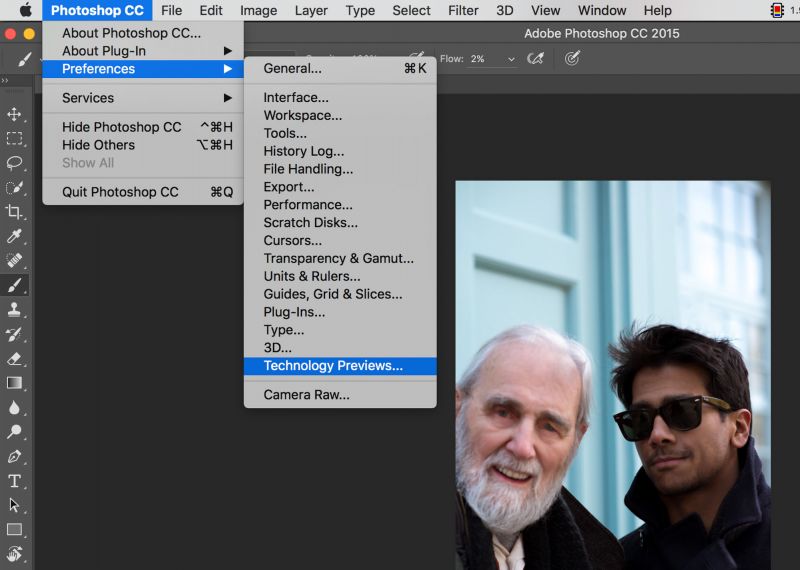 Once it is, you simply hit OK then go to Window>Design Space Preview. You’ll see Photoshop transform before your eyes into something cleaner, more streamlined and starkly different from the standard. I won’t get into details about it now, but suffice to say it’s primarily designed with the designer in mind, but fun to play around with nonetheless. 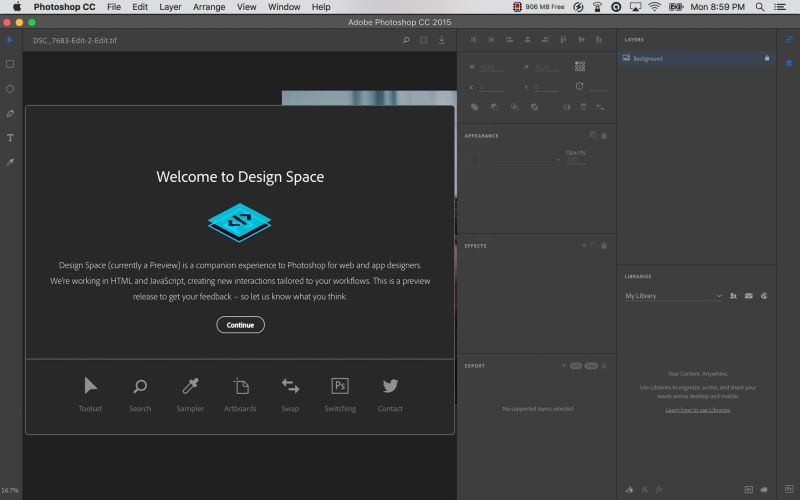