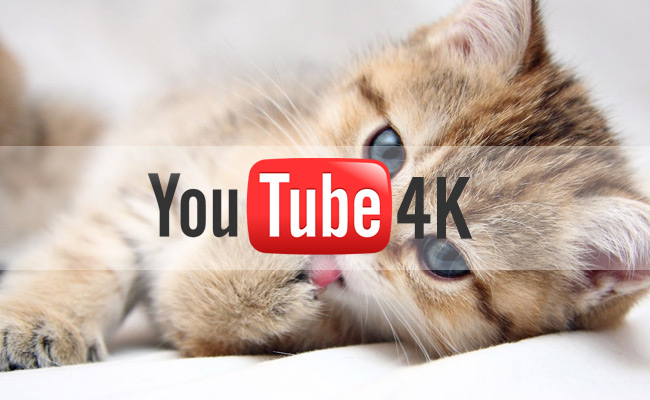 Those of you who wanted see cats in 4K, it appears that this may soon become a reality. YouTube has announced that it will be showing a demo of new 4K streaming technology at CES next week. At the core of this streaming tech is Google’s new VP9 codec.

This new codec is what Google describes as a “royalty free alternative to H.265.” (H.265 is another codec that many 4K streaming implementations are being based on). According to Youtube’s Francisco Varela, this new codec will not only allow for high resolutions like 4K, but will also cut the size of HD streaming files by about half. So, even if you do not want/need 4K, the benefits of this new streaming tech are clearly an advantage to all of us who consume streaming video content.

In case you do not know whatat 4K is by now here is a quick dictionary definition: “4K resolution is a generic term for display devices or content having horizontal resolution on the order of 4,000 pixels”. So, it is roughly twice the resolution of what you know as HD (1080p). 4K has also been referred to as “Ultra HD” in some cases. 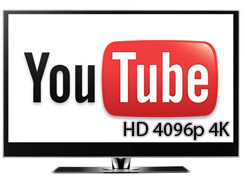 So, what does this mean for H.265? Business as usual, at least from YouTube’s perspective. Varela says “This certainly isn’t a war of the video codecs,” and that the door is certainly open for an H.265 implementation at Youtube as well.

I feel like this is great news for 4K display manufacturers, as currently the amount of 4K content available to be watched at that resolution on current 4K displays is minimal. This means that 4K content will begin to be seen more and more as people who have no business shooting in 4K shoot and upload to Youtube in 4K just because they can. Ok, Ok… Maybe that was a little harsh. Seriously though, more 4K content is only a good thing for them… even if that content is of cats.

So, how does this all effect us as photographers and content creators? Simply, it means that the push for us to create more higher resolution content will get even greater. As consumers start to pick up 4K displays more and more, 4k content will be in greater demand.