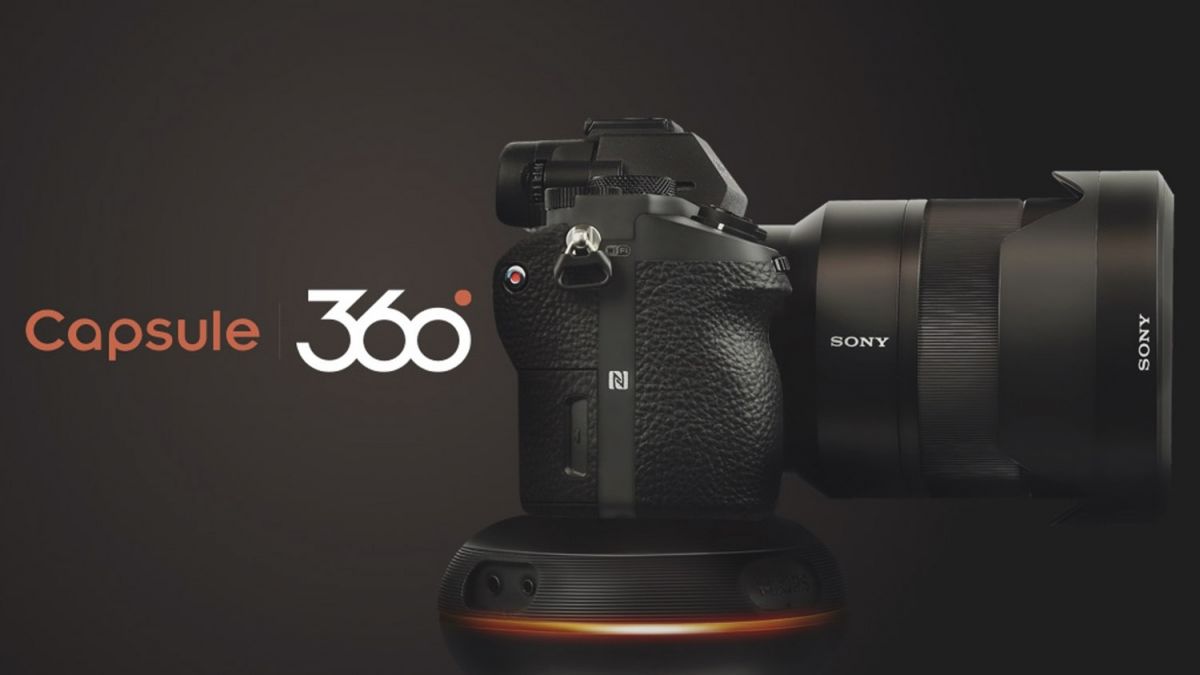 MIOPS is a company that stands out among many others due to the innovation of its products for creative photography. Their first Kickstarter campaigns brought us a new system of smart triggers and one of their latest additions, was the introduction of Capsule360. Gaining the trust of 1,016 backers by then and still satisfying many visual creators nowadays with a price tag of only $236.

What sets the Capsule360 apart from the rest of MIOPS’ lineup is that it can be as simple or robust as your needs demand. Compatible with any DSLR or mirrorless camera, this device can do pans, tilts, slides, custom movements, subject/star tracking, and 360-degree photography.

The following review includes the experience of two visual creators that have been using the device through their workflow for a while.

The Capsule360 has 3 axes of motion: it can do pans straight out of the box, tilts with the optional L-Bracket, and slides with the Capsule Slider accessory. It’s also possible to have multiple Capsule360 modules working together, thus allowing more complex movement sequences and working wirelessly.

Combine two units to get a rig that can both pan and tilt. The Capsule360 devices will automatically determine which one is for panning and which one is for tilting. Now combine three or more and creative possibilities start getting infinite. Each Capsule has a payload capacity of 7kg with a weight of only about 250g.

Technical Specifications of the Miops Capsule360

Brian Akerson: “The Capsule360 is for those who desire a compact motion-control system at an affordable price. It’s a capable unit that does not break the bank. Optimally, the device is for those with mirrorless or other similar lighter-weight camera systems.”

Simon Phillips: “Someone looking to take their creativity to the next level and a device that will make their life so much easier to create the content they want, it’s certainty something I’m finding extremely useful in my own work.”

Similar to other MIOPS’ systems, the speed and direction of the motion are controlled using MIOPS smartphone app for iOS and Android. The app, which connects via Bluetooth, is used to program the motion path of the device.

In addition, the MIOPS application makes a lot of functions possible. For instance:

Brian Akerson: “The Capsule360 app is well designed with a clean and modern appearance. It is easy to get started using a Capsule360 right out of the box but also provides plenty of options for customizing movement and capture settings.” 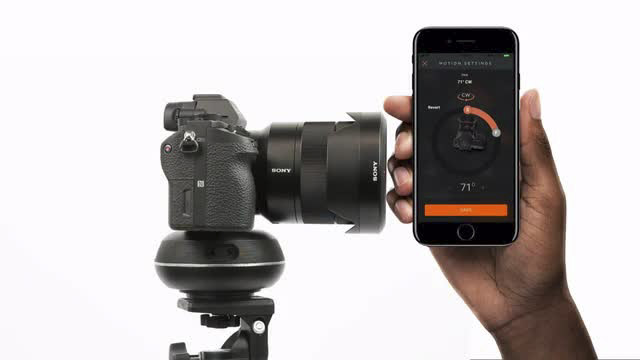 One of the most brilliant features is its ability to track any object. Simply lock the camera on to any object or face and the Capsule360 will ensure it always stays in frame with one click in the app. The system can do both object and face tracking.

This means making great videos for social media or vlogs don’t require the use of assistants or extra staff, simply set up the smartphone or camera on a tripod with the Capsule360 and start shooting. The tracking effects are truly accurate.

Other scenarios for using this device are creating educational content, filming a sports match, or creating original content without the help of an assistant, the tracking mode of the Capsule360 is a game-changer. As well as locked tracking, the Capsule360 can also learn manual paths, simply show it the path once, and then it can be repeated as many times as desired.

Brian Akerson: “Using the automatic tracking is one of the most fun features of the Capsule360. It can track and record directly using your phone or tablet in a snap. Another option is to use a hot shoe mount to attach a mobile device to a camera. Both solutions work well.”

Capturing The Sky and Time

The Capsule360 will enhance most of any shoots, but where it really shines is time-lapses and astrophotography.

The pocket-sized gadget can lock the camera onto stars many kilometers in the distance and follow them as they move across the sky. It is possible to change the interval of the frames while shooting motion time-lapse sequences. The Capsule360 makes it so easy to pursue any of these passions.

When it comes to bulb ramping, the device will change the exposure from initial to the final value through the time-lapse process. The change in the exposure value will be a linear change from the beginning to the end.

Brian Akerson: “The regular time-lapse modes are simple but get the job done. The recent wireless integration of the Timelapse+ VIEW made the ramping and control process far easier. In the case of the Capsule360’s bulb or interval ramping, the photographer must time everything well as there is no automatic ramping for either option. Knowing the exact timing of sunrise or sunset using an app such as PhotoPills is essential.”

The Capsule360 features a built-in rechargeable battery that can work for eight hours straight of continuous use or up to one weeklong in time-lapse mode. There’s also an option to attach a USB battery pack to extend the battery life for longer periods of time. 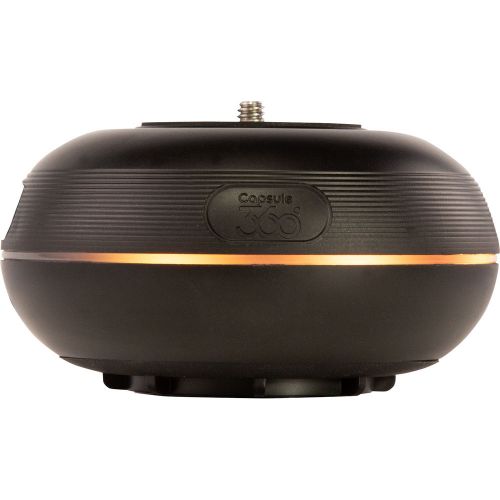 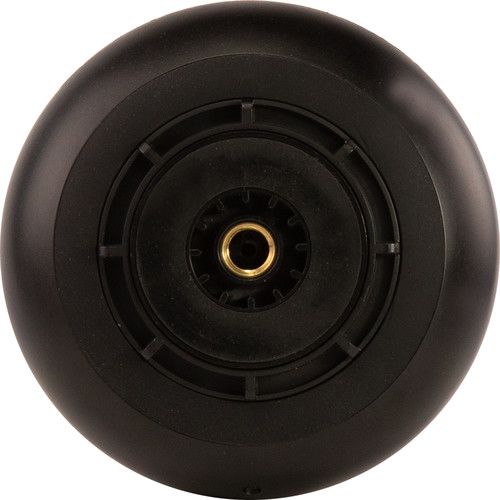 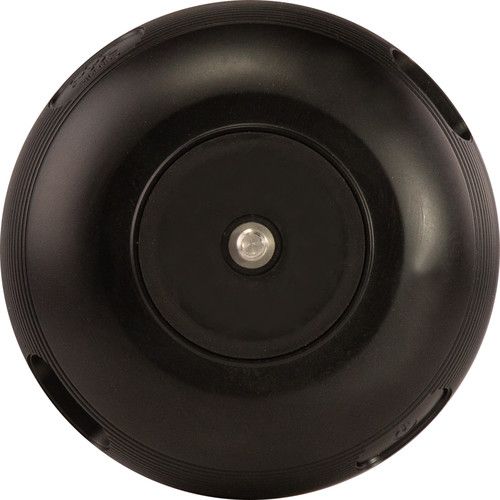 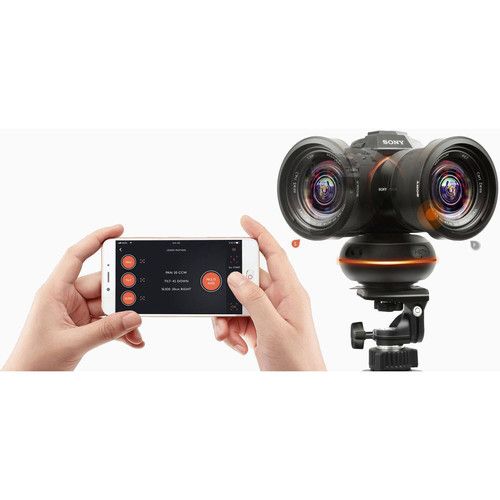 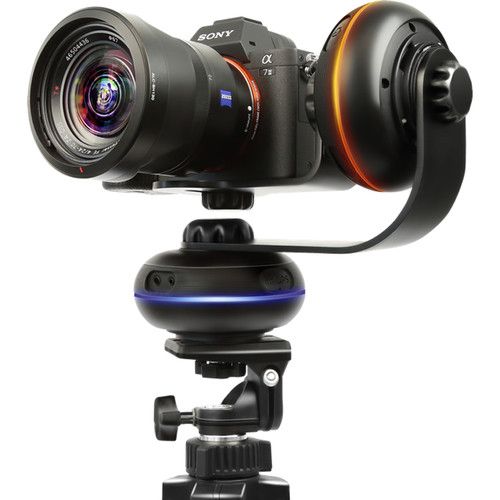 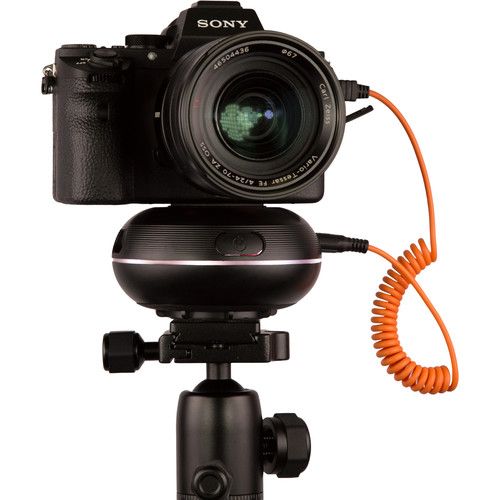 A separate turntable accessory in the Capsule360 system lets you shoot automated 360° product photos. A dolly accessory helps create linear and curved movements for videos. This is great for product photography.

Capsule360 can also be used together with the Capsule Slider, which will slide the camera automatically with a great precision per personalized settings over the smartphone. The results are very useful for videographers. 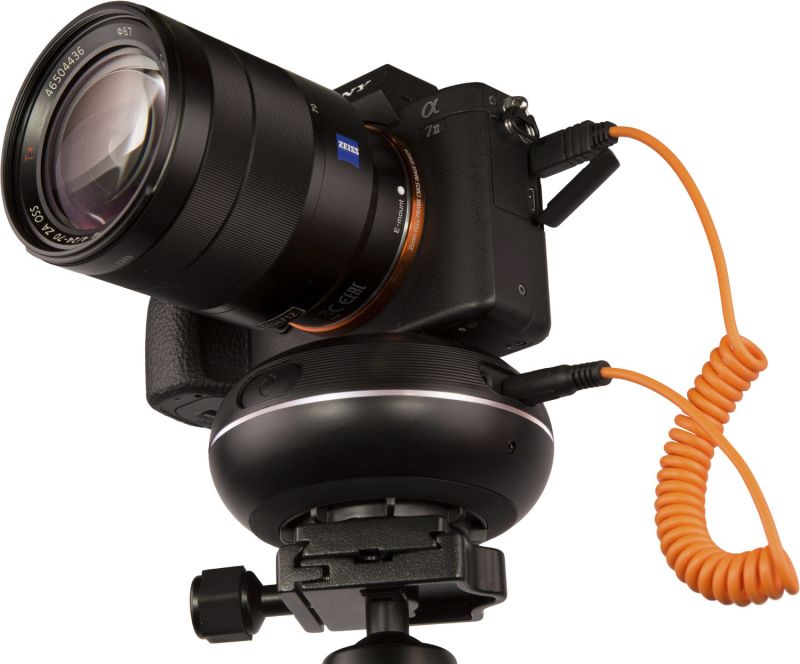 What We Liked About The Capsule360

Brian Akerson: “What I like most about the Capsule360 is its size. When I carry two units with me, I stack them together and they take roughly as much room as the average lens in my bag.”

Simon Phillips: “I think the thing I like the most about the Capsule360 is all the functions it allows you to do, be it for stills or video it’s a great all-around product and makes it easier for us creatives to produce work.”

What Could Be Better

Brian Akerson: “The main drawback for me is the tilt unit weight capacity. The other thing that I would love seeing in the future is a bracket system that can be broken down further. The bracket takes up a lot of space in the bag and can be rather awkward to stow.”

Simon Phillips: “This is being really picky but it would have to be the top mount it just needs to be stronger as it moves quite a bit when using it with the pan and tilt kit that I have, if it was stronger there it would be so good and compete with more expensive kits on the market. I have told MIOPS about this and they will be looking into it.”

Fans of time-lapse modes are going to love this gadget for the capabilities of easily create content such as HDR time-lapse, long exposures, speed, and bulb ramping. The MIOPS Capsule360 turns any ordinary camera or smartphone into a sophisticated motion tracker, and a whole lot more.

Brian Akerson: “The Capsule360 is a great compact motion-control system and has the potential to become even better. The MIOPS team is constantly working to add more features to the firmware and the app. Working with Timelapse+ to integrate the VIEW and Capsule360 shows the willingness and openminded nature of the MIOPS team to maximize the Capsule360’s capabilities.”

Simon Phillips: “I really think what you’re paying for this it’s the best on the market as it comes in so cheap for what it can do, If you’re looking to use it for product photography, video or time-lapse you really can’t go wrong with this. The Capsule isn’t designed for heavy camera but more compact cameras like a mirrorless camera or DSLR with a lens when using the pan and tilt setups.” 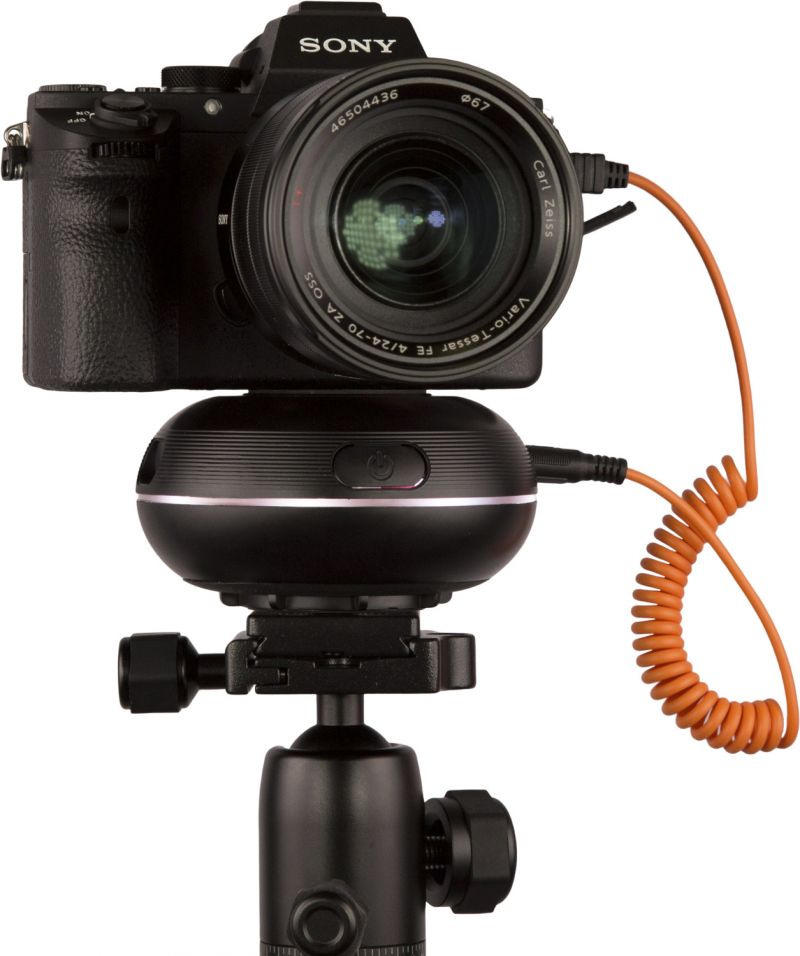 So what do you think? Have you used the Miops Capsule360 before? Do you think it does or can meet your needs for timelapse and motion control? Let us know in the comments below.

How to Quickly Cull a Large Batch of Images in Lightroom