SLR Lounge > Inspiration > Canon’s ‘Something Big Is Coming’ Teaser Appears To Be About A…Contest :( 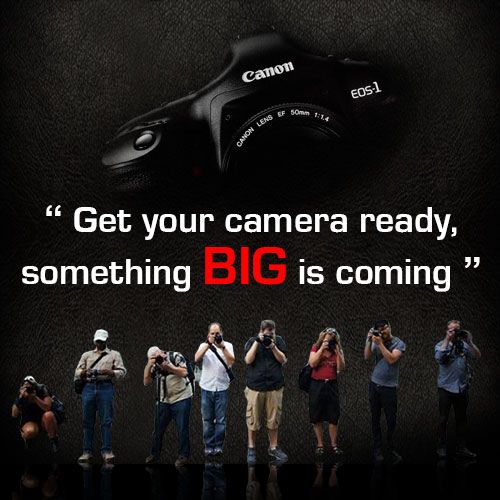 Canon’s ‘Something Big Is Coming’ Teaser Appears To Be About A…Contest :(

A few days ago, we posted a Canon India teaser saying “Something BIG is coming.” It was speculated that the teaser was possibly a hint that the 100-400mm rumors were on the right track, but it appears Canon was just being a tease.

According to a report over on DP Review, it appears that this teaser was actually regarding an upcoming photo competition. Sad, I know. But apparently Canon is really excited about their ‘Photomarathon India’ competition and wanted everyone to get their camera’s ready.

As far as contests go, the prizes are not too shabby, including a trip to Japan and a $5000 prize. If I lived in India, I would be psyched. But like most of you, I am not in India, and I was hoping for some sort of teaser about the Canon 7D replacement or the Canon 100-400mm replacement. Oh, well.

Latest rumors say that the official announcements for the ‘Photokina’ Canon announcements will be September 4th or 5th, so if that holds true, we have just over a month until go time. Hang in there guys!

Read a Book! 100 Ways to Be a More Creative Photographer