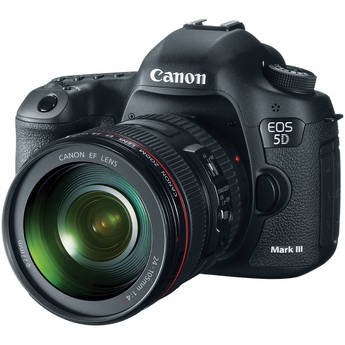 Lost in all of the hubub during the last few days with CES announcements was this interesting little gem about an upcoming – apparently already in the wild – but unannounced firmware update to the Canon 5D Mark III.

So far, not much is known about this firmware update, other than that it is version 1.3.3, but an interesting note is that apparently the upcoming firmware contains some code that blocks Magic Lantern. If this rumor, which is all it is at this point, is correct, than this is a very strange move on Canon’s part.

ML being blocked? Just load an older firmware, right? Wrong. Apparently the new firmware also blocks users from downgrading to an older firmware. It is not super surprising that Canon doesn’t want people messing around in their firmware and running cod, ML, on their cameras… but their lack of enthusiasm for enforcing this over the years, and their praising of content produced using this ‘hack’ makes for very mixed messages from Canon.

It will be interesting to see how this all pans out. If this does, in fact, block Magic Lantern, could this trigger a mass exodus of video people from the Canon system (those that already didn’t jump ship, of course)? Also, new 5D Mark III bodies are apparently ALREADY shipping with this firmware, so it’s too late to get one without it unless you buy used.

Wedding Reception Shutter Drag {How You Shot It}

10 Ways to Beat Boredom and Grow Your Photography Business