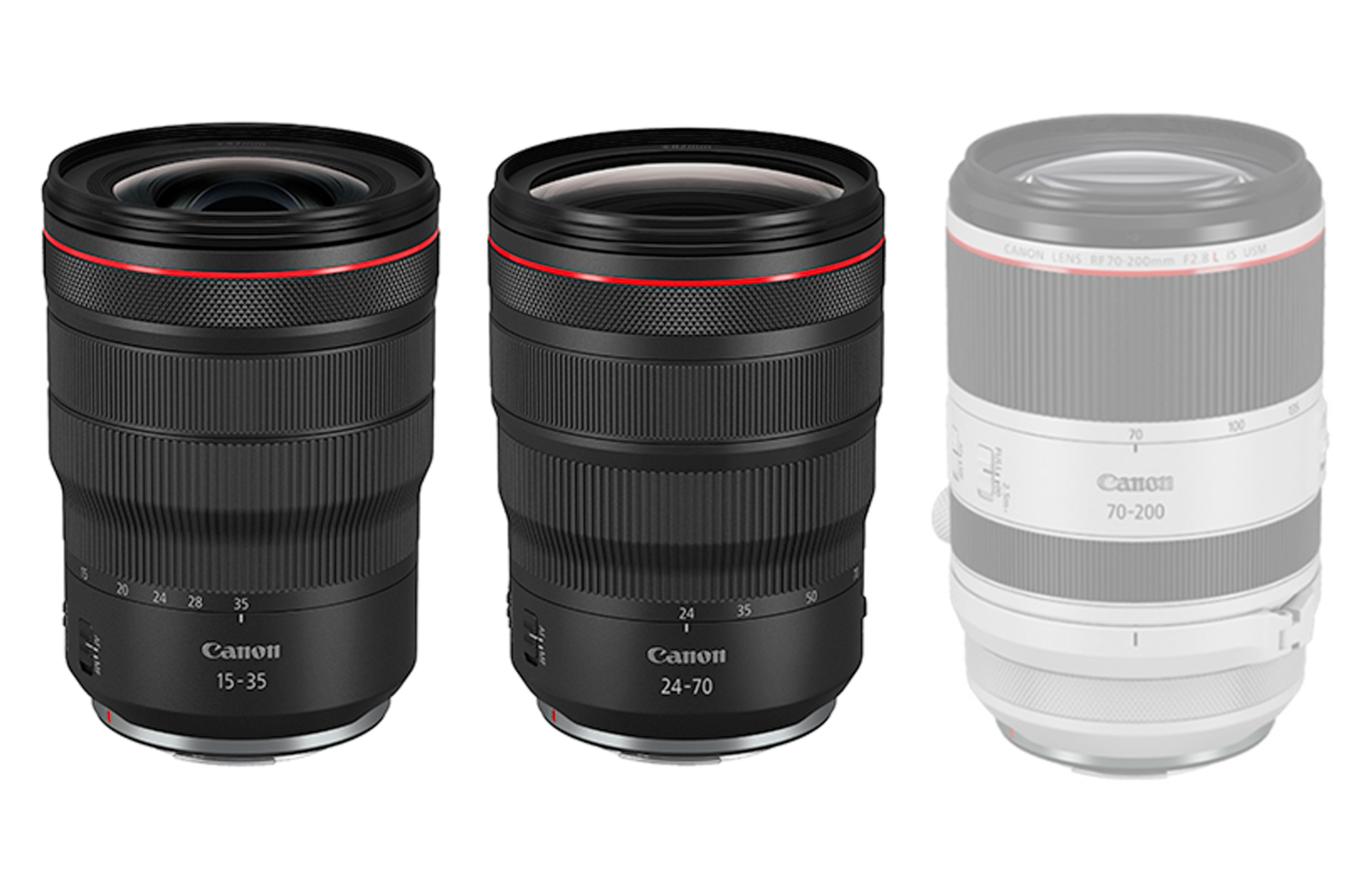 Around the time WPPI was happening back in February of 2019, Canon announced the development of the “Holy Trinity” of zoom lenses for the RF mount systems. It now appears that they are finally about ready to release 2 of the 3 lenses form this trio! Based on the latest rumors, (see tweet below), from japan via Nokishita, the RF 15-35mm f/2.8L IS and RF 24-70mm f/2.8L IS lenses “have been added to Canon’s latest product list” and will soon be available to pre-order soon. 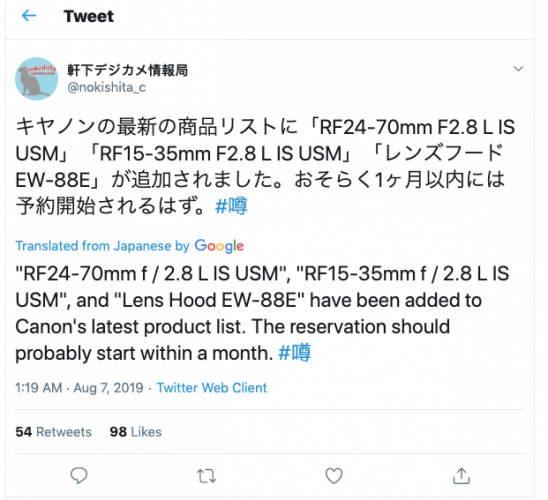 We’re hoping this means by the end of August but chances are it won’t be till mid-september before these beauties are available to the masses. Either way, this schedule lines up with a previous post from Canon Rumors and here at SLR Lounge, we’re really looking forward to comparing all three mirrorless flagship 24-70 2.8’s, now that there will be one from Sony, Nikon, and finally Canon on the market. The final member of the trinity, the 70-200mm is still scheduled to be released by December of 2019, so fingers crossed we still get to go hands on there by that time.

What do you think about this news? Are you a Canon Mirrorless shooter? Are you excited to finally get hands on with these zoom lenses? Let us know in the comments below.

View the original RF Line up press release from Canon in February here.