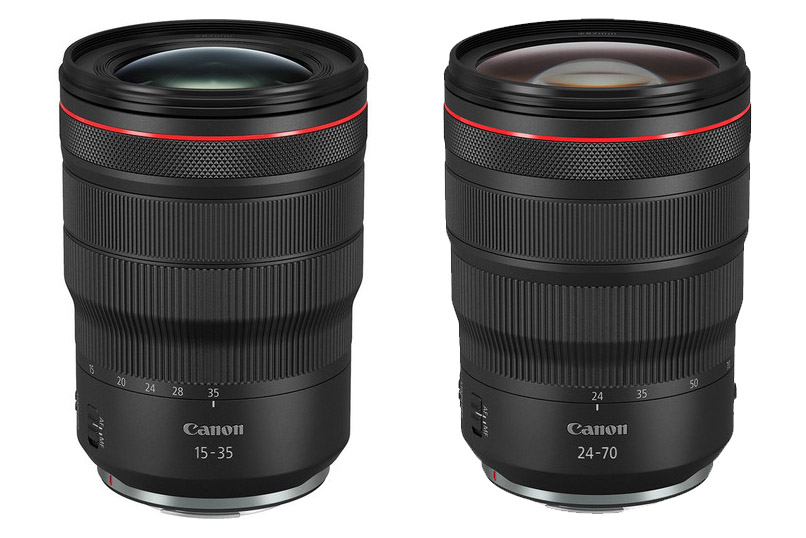 Apparently, two new APS-C bodies weren’t enough excitement for Canon for one day, so they’ve also announced the availability of their next two full-frame mirrorless RF lenses, the 24-70mm and 15-35mm f/2.8 L’s.

In addition to the obvious, (being professional-grade f/2.8’s that make two  out of three in what is known as a “holy trinity” of flagship zooms) …both lenses now include IS stabilization, something previously omitted from the DSLR flagship L 16-35mm f/2.8 L mk3 and 24-70mm f/2.8 L mk2.

Also, these lenses tout an interesting new implementation of optical stabilization, which promises an impressive 5 stops of shake compensation, which we’ll talk more about after the spec sheet. (2-sec exposures at 15mm? Sounds crazy!) Plus, a cutting-edge autofocus system that promises fast and silent focusing which may also prove to be a significant improvement over previous autofocus technology: “Nano USM”

Last but not least, it seems to have been implied during this latest press release that yes, future Canon full-frame mirrorless camera bodies will also include in-body stabilization, though we’re still trying to verify where this information came from.

Without any further delay, here are the two new lenses’ specs: 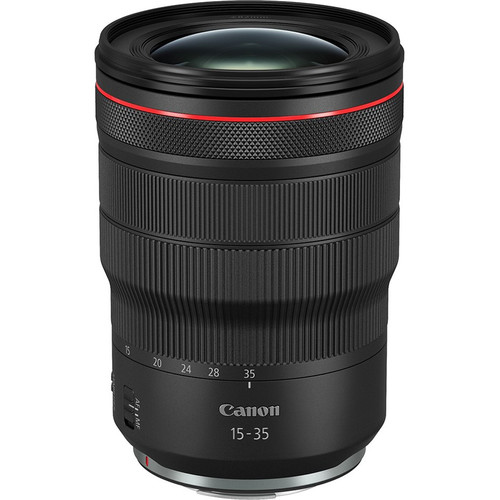 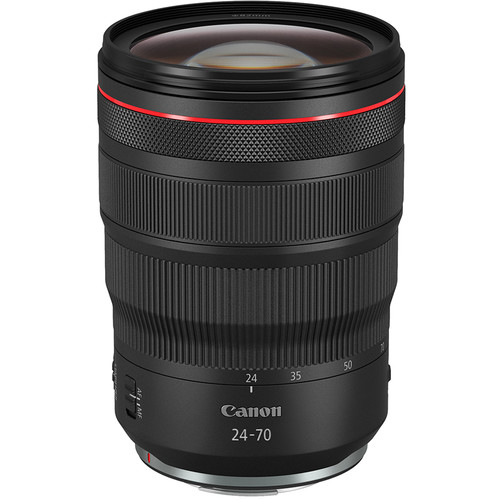 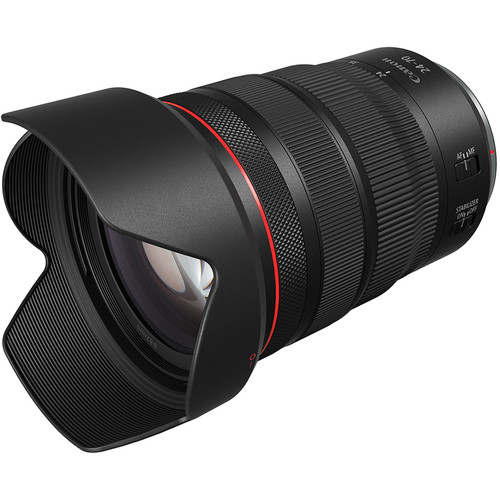 Whenever new products are announced, we’re very accustomed to hearing them described in the best possible light, with fancy new words used to explain how they might be ground-breaking, but might also just be roughly on par with similar “exotic nomenclature” used by other brands.

In the case of these two new flagship RF mirrorless lenses, a couple things did stick out which sounded to actually be very interesting, and hopefully ground-breaking indeed:

Firstly, the way they have described their new Nano USM autofocus seems to be very cutting-edge: It utilizes both a ring-type USM and stepper motor, which could mean fast, silent, and smooth autofocus for both photo and video. 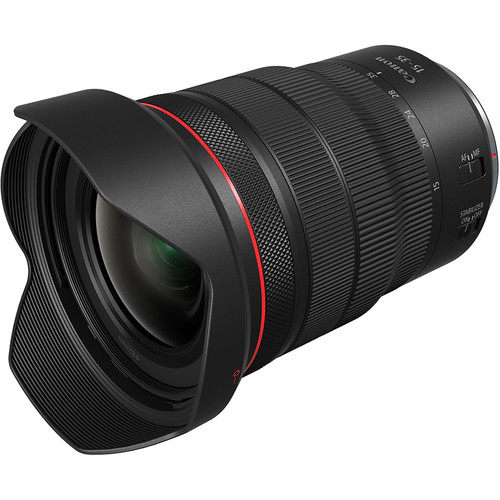 Furthermore, the specific optical elements that perform AF are apparently fewer in number than previous designs, which aides in speed, (less glass t push back and forth!) plus they’re also designed to virtually eliminate focus breathing, (a slight change in the actual angle of view when racking focus) something that video shooters should find gives an extremely professional look.

Of course, since each different lens manufacturer likes to use different terminology for what may be very similar engineering concepts, we’ll have to wait and see how these lenses fare against the also alleged “cutting edge” autofocus systems from Nikon, Sony, and soon Panasonic… 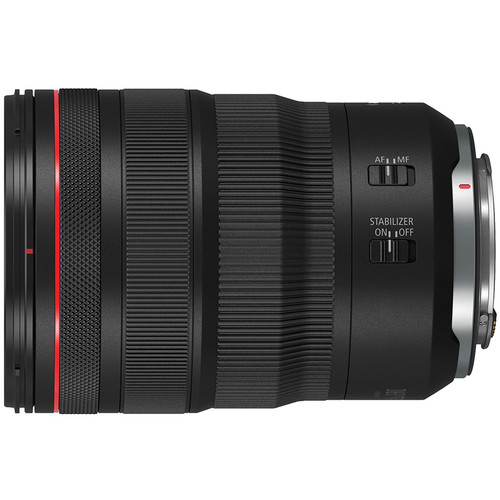 The other thing that stands out is Canon’s claim of (up to) 5EVs of stabilization with their in-lens IS.

While the existing two mid-level and entry-level Canon RF mirrorless bodies have been criticized for not having in-body stabilization, many photographers and videographers agree that there is still value in lens-based optical stabilization.

Although sensor-based stabilization can correct for roll, pitch, and yaw (google it!) forms of camera motion quite decently in some cases, optical lens stabilization can potentially offer better results at longer focal lengths. This is why big telephoto lenses, even on systems that do offer IBIS, still have optical stabilization.

The most interesting aspect of Canon’s mirrorless stabilization technology, however, might be found even deeper: Canon is using a relatively new dual-sensing IS method, which uses the live (on-sensor) image itself to aide the lens-based optical shake corrections.

Lastly, if it is indeed true that Canon’s future RF bodies may also include IBIS, (sensor-based stabilization) we could assume that both stabilization systems may be used in conjunction to achieve even greater levels of shooting stability and low-light hand-holding.

In summary, this has been a pretty exotic, exciting press release, however, we’re even more excited to actually test these lenses and see how they perform! Canon seems to be on a roll with their stunning flagship optics for their new RF full-frame mirrorless mount, so we have lofty expectations for these two new, pricey optics.

Personally, I’m actually surprised that Canon is releasing so many lenses that cost over $2,000; personally I’d love to see more $500-750 lenses for the EOS RP body, for things like lightweight run-and-gun vlogging, travel landscapes and nightscapes, casual portraits & candids, and whatever else a creative mind might be able to think of for a 1-lb, ~$1300 full-frame camera.

What do you want Canon to do next? More L glass? Or non-L glass? What about more full-frame mirrorless bodies?

From the mockups that have repeatedly popped up at various events throughout 2019, we do know that it’s going to be an extremely portable design, but an extending barrel will now be used instead of the traditional 70-200mm designs. This could still mean that the lens balances much better in-hand, especially around 70-135mm, even if the lens turns out to be a dense, hefty bit of glass. It will apparently have a tripod collar, which is indeed an indication that the lens could have some heft to it. Based on the previous rumors about these three lenses’ pricing, maybe we’ll see the RF 70-200mm turn up sooner or later at about $2600 instead of $2800. That might not put the lens within reach of many serious hobbyists or part-time pros, but if it’s anything like the existing RF 28-70mm f/2, it’s likely to be a unicorn of a holy trinity optic.

We’ll continue to bring information out as we receive it, and stay tuned for full reviews of these lenses as soon as we can get our hands on them!