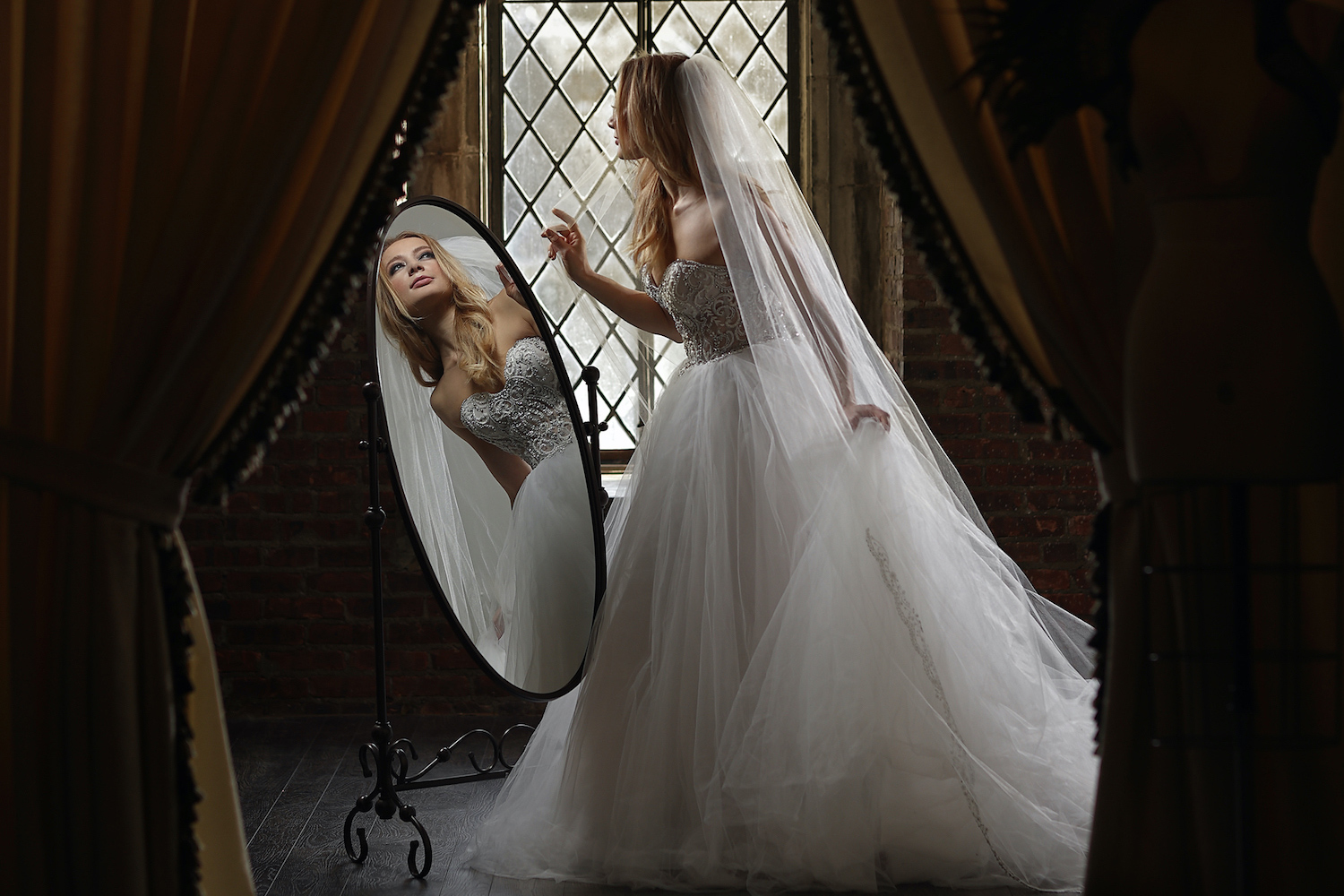 That’s what most people were thinking when Canon announced that they were developing the 1DXIII DSLR camera back in October 2019. Why would they launch another heavy DSLR when the whole world is crying for mirrorless professional cameras?

[Related Reading: 3 Reasons I’m NOT So Excited About the Canon 1DX Mark III]

From my point of view, I had been fighting the mirrorless camera craze for a while. As the technology got better and better, I still wasn’t ready to make the switch. As a 1DX user, I’ve always appreciated the reliability and durability that the camera line promises and as a NJ NYC Wedding Photographer it’s the same kind of dependability that I promise my clients. So many photographers need this kind of weather resistant durability. My friend Jeff Scott Gould that was shooting during the last Super Bowl in Minnesota was shooting photographing in -20 degrees with an inch of snow and “the cameras kept rolling.” That’s not quite the reliability most mirrorless systems can boast quite yet.

Regardless, I’ve been waiting for my next camera jump from the 1DXII that I’ve been using for four years. It’s been a debate in my head of if I should jump to mirrorless yet or not. Not to give you a spoiler, but even if you know you’ll go mirrorless one day, I have a feeling you just might wait a minute.

Take a look at the full video here:

First let’s talk basic specs. The 1DXIII is crazy fast at 16fps with the mechanical shutter, and 20fps in live view. Any faster and it’s just video. I personally pretty much never shoot burst, but a lot of other photographers are going to love and use it. Interesting how it’s more in live view, right? In live view you’ll also have the new feature of a fully silent shutter, great for tip-toeing around churches and press events. More on live-view exclusive features later and what that means.

Next, ISO capabilities are a main concern for me. The 1DXIII has a few new and updated features that make high ISO a non-issue. First, the upper limit of normal ISO is expanded by one stop, going to 102400, and then you’ve got H1, H2, and H3 settings that will bring the camera equivalent to 819200 ISO. That’s all well and good but how does it look?

With the new Digic X Processor, new 20.1MP sensor and new 16 point low pass filter, the new noise reduction processing is just beautiful (in addition to increasing perceptual sharpness and improved sense of resolution). Here’s a photo I shot on a real wedding of the bride walking down the aisle at 6400 ISO (a place I would’ve previously cringed to go) and processed through Capture One v20 I have no problem proudly delivering this image to my client.

These next few images were taken up to 12,800 ISO, an ISO setting I literally wouldn’t even touch before. You definitely see some noise, but I was very impressed with the color quality and noise reduction. Again, something I’m perfectly happy giving a client and a confidence I’ve never had before shooting in low light conditions. 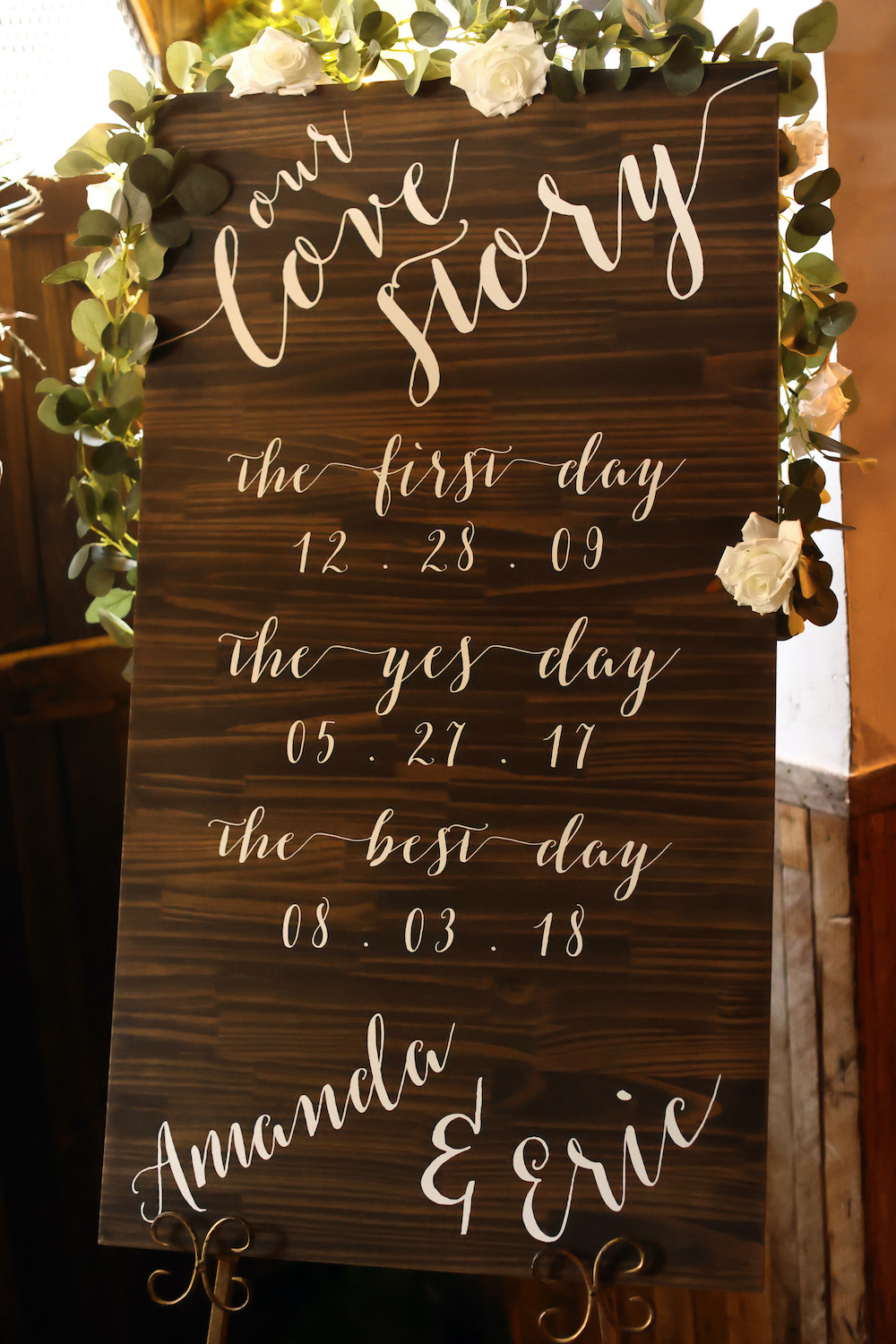 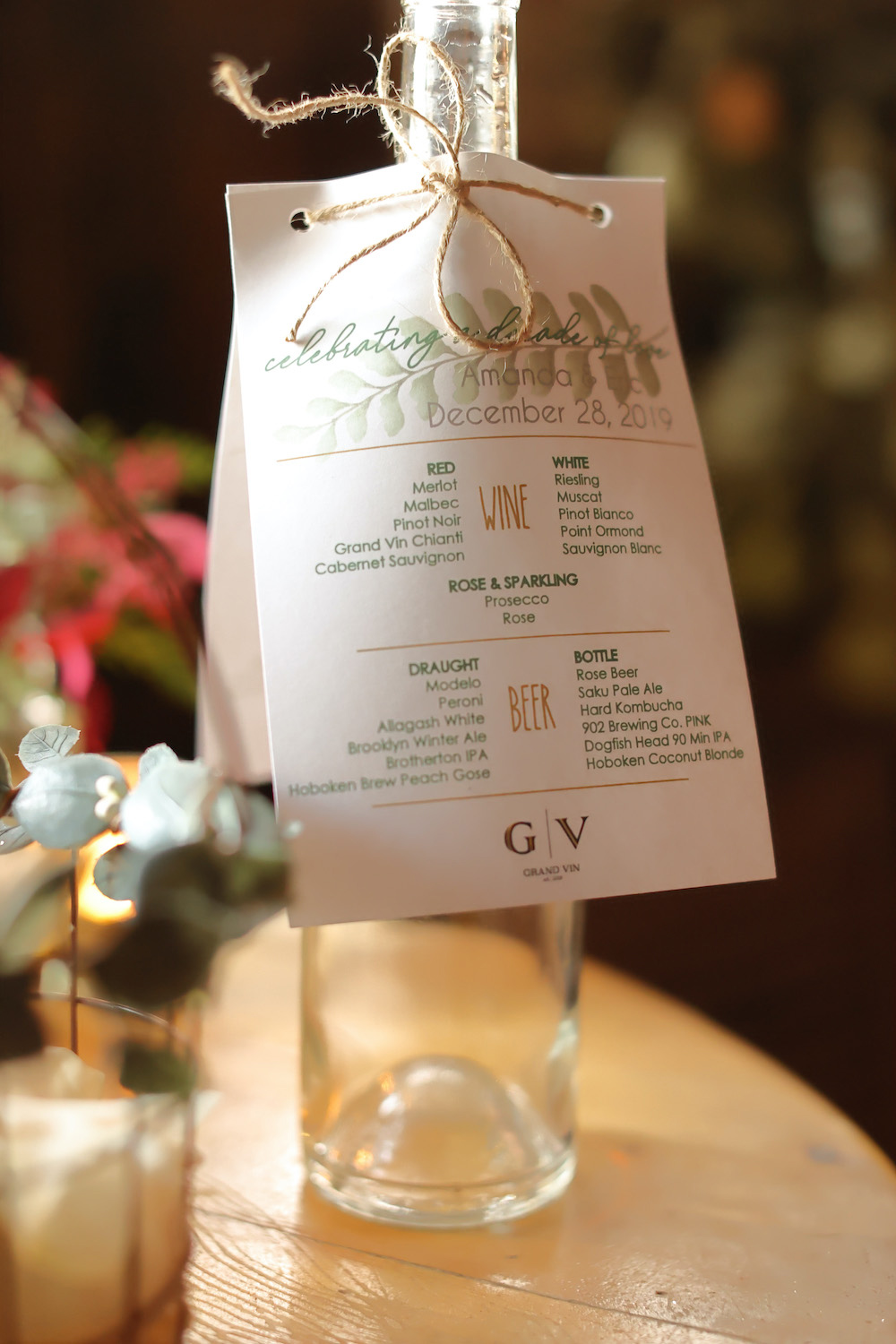 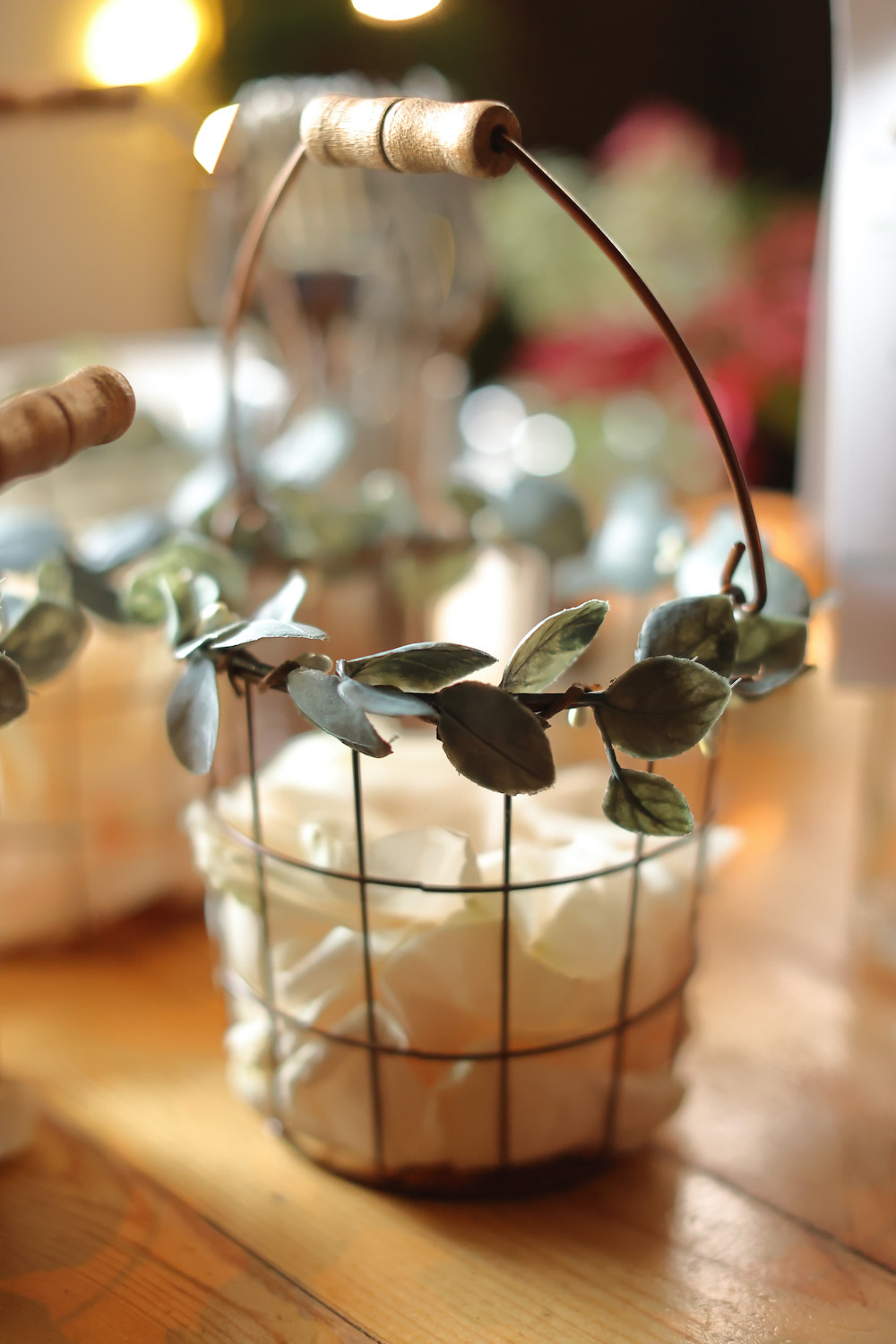 Another big concern in my imagery is focusing and this is where the 1DXIII truly blew my mind. The advanced, deep learning technology (not to be confused with artificial intelligence) behind the focusing system in the new Canon camera is absolutely remarkable. It’s given me the confidence to nail focus at lower apertures, with continually moving objects.

There are a whopping 191 focus points, 155 of which are cross-point, and to toggle between all of those focusing points they’ve given us a brand new AF-ON smart controller button. If you’re like me and use a single focus point while shooting, you’ll love this touch-sensitive controller that lets you breeze through the focusing points at lightning speed (or slowly depending on your set preference).

Canon has added face and head detection to the AI servo focus system, and it’s dead-on accurate too. The head detection alone seamlessly tracks a subject even if they turn their back to you. But flip the camera into live view, and it adds the coveted eye-detection to the focusing system, with approximately 90% horizontal and 100% vertical focus area coverage. It adds a level of confidence and ability to shooting, especially when focusing at f/2.5 with a moving subject like the image below.

I’m not a videographer (though I am married to one), so I’ll go over the basic video specs briefly. Take a look at the video above to see video footage straight from the camera (which I did shoot with my limited video skills). The 1DXIII shoots at 4k 60p cropped and uncropped, but that’s not the best of it. Internally, you can shoot at 5.5k 60p RAW video. Time to buy more hard drive space! I will say, my only disappointment was that not all of the new auto-focusing features were available in all video modes.

Those are the main features that I’m excited about and know my images and workflow will benefit from directly. There are plenty others to talk about so be sure to check out the video above to see the camera in action with more images from both a styled shoot and a real wedding. You’ll also hear a ton more info on what other features the camera has like dual CFExpress card slots, back button illumination and a higher resolution touch screen LCD. Oh, there are a couple of workflow enhancing new features like syncing time between cameras, built in WiFi and the ability to set IPTC tags before you even start shooting.

Back to my title statement. Did Canon create an old-school DSLR camera that’s make for dinosaur photographers? Not a chance. Given the system’s clear improvement and perks of shooting in live view, I’d say this is very much a DSLR/mirrorless hybrid of sorts. At the very least it’s potentially giving us a peak at what Canon likely has up their sleeve for their mirrorless line, while giving their DSLR users a beautifully designed, crazy reliable camera with lots of the perks of mirrorless systems.

A Photographer's Guide to Choosing Prints and Displays for Bridal Shows 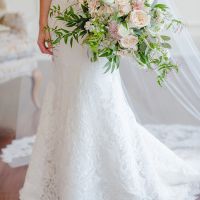 Vanessa Joy is a professional New Jersey and New York City wedding photographer capturing NJ, NY, Hamptons, Long Island, NYC and destination weddings. With an emphasis on luxury weddings with an extravagant flair, Vanessa Joy focuses on creating a unique boutique experience with each of her couple's wedding photography. Vanessa is an experienced photographer who has captured everything from Jersey Shore Weddings and NYC weddings, to elegant formal affairs at Pennsylvania farms and vintage chic weddings with intricate wedding details.