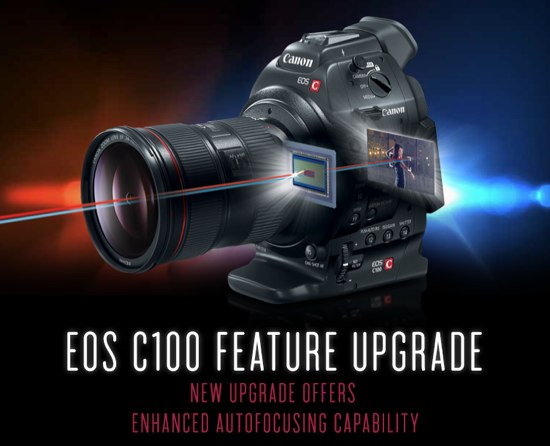 In what has got to be a pretty surprising decision, Canon has announced that they will be offering Dual Pixel sensor upgrades on their C100 cinema cameras. This is the first time, that I am aware of, that Canon has ever offered a sensor upgrade on a camera.

According to Canon the upgrade will be available starting in February of 2014 and cost $500, it will also require that you send the camera in to Canon for instillation of the new sensor. This is to be expected, I don’t think most people would want to risk mucking up their sensor by installing it incorrectly anyways.

The factory-installed upgrade for the EOS C100 camera is targeted at users who regularly shoot moving subjects, or who want a smoother, more natural-looking autofocus feature.

This new sensor upgrade brings the widely acclaimed Dual Pixel AF system which first made its appearance in Canon’s new 70D DSLR to the cinema world. The question is, just how many working professionals would trust an AF system (most cinema filming is all manual focus). In my opinion this upgrade is aimed at people using the C100 for more documentary purposes, where AF can be a valuable asset.

[Take a Look at our Gear Guide for Shooting Video]

The other thing worth discussing here is the fact that Canon is upgrading a sensor. So one would expect that the newer sensor may perform better, or at the least differently than the current sensor in the C100. I will be interested to see what, if any, difference there is as far as image quality. 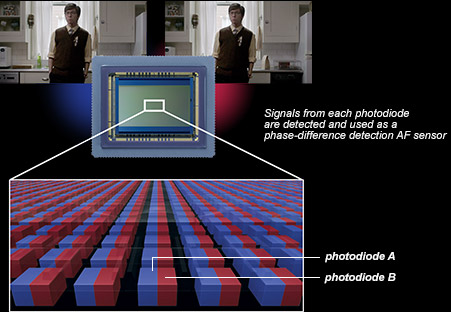 Another angle here is that this is the first time that a sensor upgrade has ever been available for a Canon camera. Could this be the start of a new way of thinking at Canon? Could there be dual pixel sensor upgrades in the works for the 5D Mark III or 6D? I would not say that it is impossible, but I will say that I would be very very surprised to see that happen.

I am curious about your thoughts on this. If you could add a Dual Pixel Sensor to your 5D Mark III or 6D would you do it? How about the $500 pricetag, at what point would the upgrade be too expensive for the DSLR market?

If you are curious about this upgrade you can learn more about it from the Canon website.