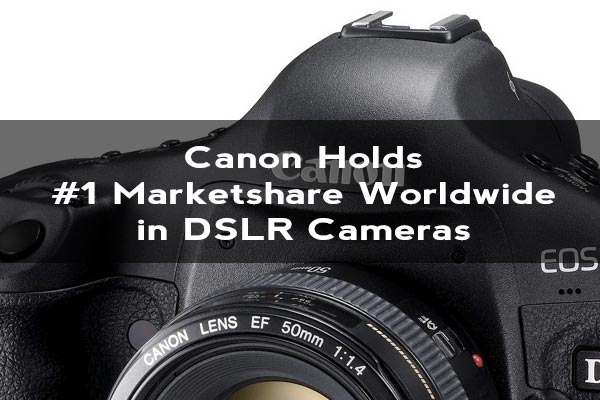 Today Canon sent out a press release announcing that they have continued to hold the #1 marketshare in DSLR cameras, based on volume, worldwide over the last 10 years (2003-2012). The numbers are based on a survey taken by Canon itself. You can find the full press release at the bottom of this article, or you can find it on Canon’s website here.

I think that this is impressive news, assuming that the survey is accurate, for Canon. This last year was the 25th anniversary of the EOS system, something that many people hated Canon for back when it was released. But now, 25 years later, it seems that the gamble has paid off for Canon and consumers are rewarding the company for it. Being a Nikon covert (I originally had Canon) I can’t speak much to the latest Canon gear, other than to say that they must be doing something right and that the other camera manufacturers – Nikon included – should take note. 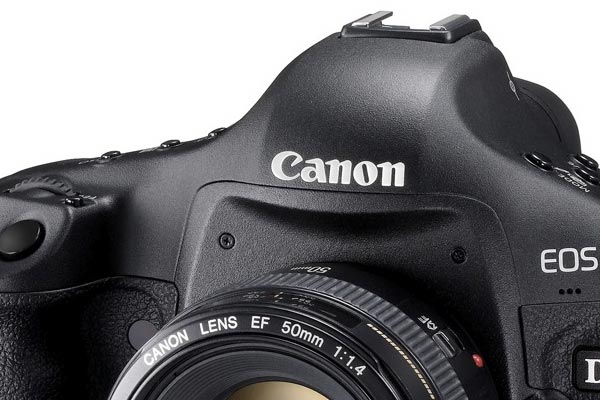 In addition to interchangeable lenses, Canon also develops its own key components – the CMOS image sensors and image processors – employed in the company’s interchangeable-lens cameras, incorporating the most advanced of these technologies in its flagship EOS-1D series. By applying these technologies to other models as well, Canon has successfully created a powerful product lineup that effectively responds to the needs of a wide range of users, from professionals to entry-level users, which has enabled the company to maintain the top global share.

In 2003, the dawn of Digital SLR cameras, Canon introduced its breakthrough EOS Digital Rebel, a compact and lightweight user-friendly camera that set the stage for growth in the Digital SLR market while, at the same time, captured the top share of the global market. Since that time, Canon, in the company’s ongoing pursuit of high image quality, has launched a number of models targeting advanced-amateur users that offer among the highest levels of performance for their class, including the EOS 5D series, which paved the way for Digital SLR video recording.

In 2012, Canon celebrated the 25th anniversary of the introduction of the EOS camera system and marked its 10th consecutive year as the market’s world leader. During the year, Canon launched the compact-system EOS M, aimed at expanding the company’s entry-level user base, along with the EOS 6D, the world’s smallest and lightest*2 Digital SLR camera equipped with a 35mm full-frame CMOS sensor, which contributed to the growth of the advanced-amateur user segment.

This year, Canon introduced the EOS Rebel SL1, the world’s smallest and lightest*2 Digital SLR camera equipped with an APS-C-size sensor, bolstering its product lineup with a model befitting the industry’s top brand while targeting its 11th straight year as the world’s market leader.

With a history of producing cameras that dates back to the company’s founding in 1937, Canon will continue refining its diverse imaging technologies based on its core optical technologies, striving to produce exceptional and reliable lenses and cameras that cater to the varying needs of photographers-from first-time users to advanced amateurs and professionals-while contributing to expanding the photographic and video imaging culture.

*1 Based on a survey by Canon.

Canon U.S.A., Inc., is a leading provider of consumer, business-to-business, and industrial digital imaging solutions. With approximately $40 billion in global revenue, its parent company, Canon Inc. (NYSE:CAJ), ranks third overall in U.S. patents registered in 2012† and is one of Fortune Magazine’s World’s Most Admired Companies in 2013. In 2012, Canon U.S.A. has received the PCMag.com Readers’ Choice Award for Service and Reliability in the digital camera and printer categories for the ninth consecutive year, and for camcorders for the past two years. Canon U.S.A. is committed to the highest level of customer satisfaction and loyalty, providing 100 percent U.S.-based consumer service and support for all of the products it distributes. Canon U.S.A. is dedicated to its Kyosei philosophy of social and environmental responsibility. To keep apprised of the latest news from Canon U.S.A., sign up for the Company’s RSS news feed by visitingwww.usa.canon.com/rss.

Cirque Du Soleil Fire Dance - How We Shot It