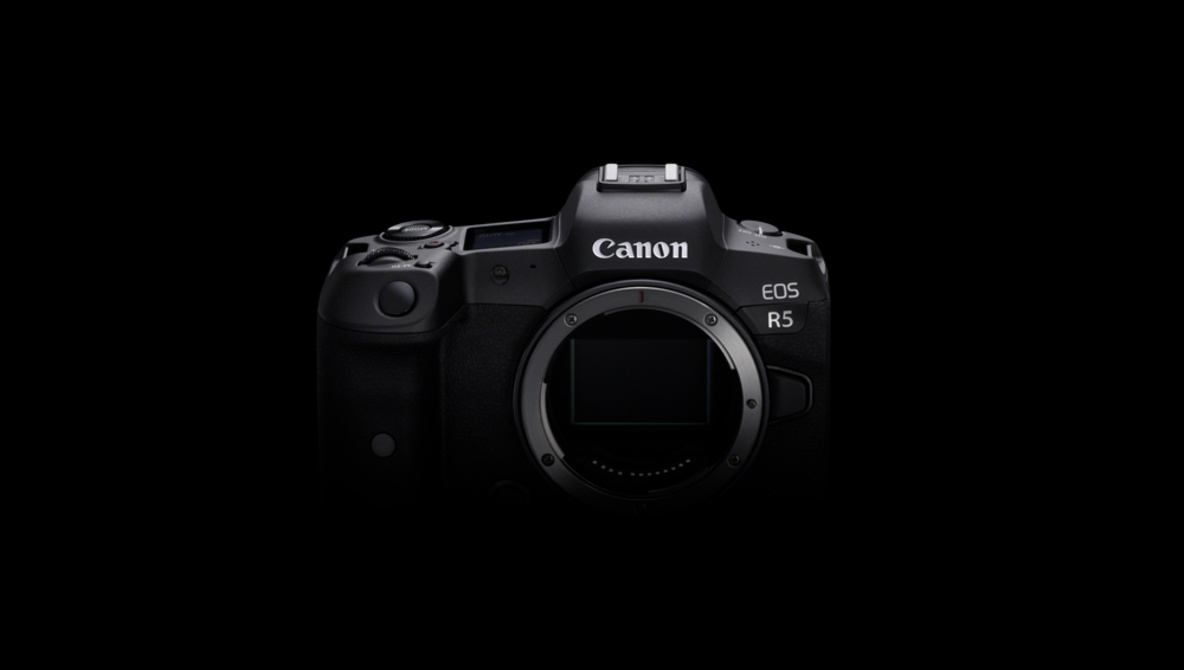 Canon plans to officially announce two new mirrorless cameras and a cinema camera on April 20, 2020 at 1:00pm EDT in a virtual press conference. The new devices that they’ll announce appear to be the Canon EOS R5, (possibly the R6) and a new cinema camera, the  Cinema EOS C300 Mark III and new cinema lens. While we don’t yet know when any of these devices will be released, it’s reasonable to assume that they’ll be delayed due to the worldwide COVID-19 pandemic.

Canon also recently confirmed in an interview with Techradar that the EOS R5 will be the mirrorless equivalent of the EOS 5D lineup. Additionally, they added some interesting details about how it will handle heat issues for 8K video and what the ergonomics will be like.

On whether it will have a joystick:

On whether this is a 5D comparable:

“Which makes sense because in film days we had the EOS 5, then with digital DSLRs we had the 5D, and now we’ve got the R5 now. So it’s all the same sort of level.”

On how Canon is handling heat issues for 8K video:

“We’ve been doing this for a while now and we’ve learnt a lot of techniques to dissipate heat on other products that we have in our lineup. For example, being able to move components around, and being able to have them further away from each other,” he said.

“And being able to dissipate heat using different materials has been something we’ve been pretty proud of on other products. This is something we’ve learnt using both our camera and our video Cinema EOS series with that technology as well,”

MELVILLE, NY, March 30, 2020 – Canon U.S.A., Inc., a leader in digital imaging solutions, announced today that they will be hosting a Virtual Press Conference to unveil the company’s new professional imaging products and technologies. The Virtual Press Conference, which will be streamed on the Canon U.S.A. website at usa.canon.com/VPC2020, is scheduled to air on Monday, April 20, 2020, at 1:00 PM EDT/10:00 AM PT.

“As Canon continues to monitor the global response surrounding the spread of COVID-19, the effects of which have impacted every aspect of our lives, we would like to thank everyone for their understanding and ongoing support during this challenging time,” said Kazuto Ogawa, president, and chief operating officer, Canon U.S.A., Inc “The road ahead is long and filled with uncertainty, but when the broadcast and cinema industries are ready to resume ‘normal’ activities, Canon wants them to know we will be there to continue to support professionals with new products and technologies that meet their needs.”

The new Canon broadcast and cinema products featured during the Virtual Press Conference are aligned with the current and growing needs of the respective industries such as 4K UHD and HDR, as well as evolving technologies.

6 Lightroom Export Hacks that Everyone Should Know