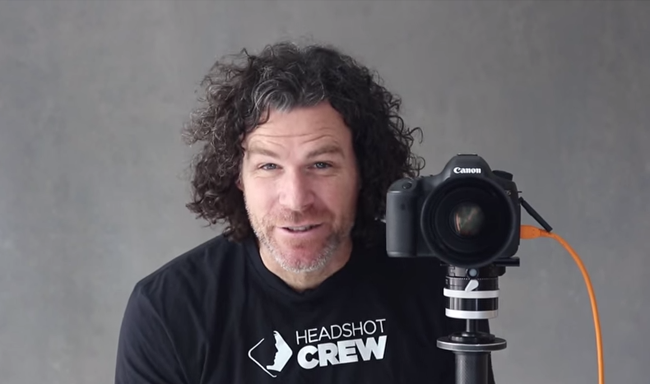 As some of you in the photography community anxiously await Canon’s latest offering in the 5Ds and 5DsR (and others are just yawning with their new Fuji kit – oh wait, that’s me), a few lucky individuals have had a chance to take the yet-to-be-released camera out on a spin. There are only two 5Ds’s floating around out in the US at the moment and Peter Hurley got a chance to get his hands on this camera for a few photo shoots.

Peter Hurley is well known in the industry and is one of the most successful headshot photographers out there. As a former model, Peter understands what it’s like on the other side of the camera and is known for his helpful techniques such as the “squinch” and the importance of the jaw in a photograph. Peter spends most of his time in studio and he tested out the 5Ds on two head shot sessions at his space in NYC.

So, for all the hype of this new 50 megapixel beast, how does it preform? Is it time to trade in your old 5DMII’s and III’s and clean out that savings account for new, well, everything to support these large files? In a video for Resource Magazine, Peter seems to really love the performance of the 5Ds, pointing out its sharpness numerous times. He does mention, though, that for those that often find themselves shooting in low light, this may not be the camera for you. There is noticeable noise when shooting at 1600, and a lot of noise at 6400.

Check out the video below to see the images from the 5Ds and Peter’s thoughts on this much anticipated camera.

This camera is expected to ship in June, but you can go get your pre-order in now over at B&H.