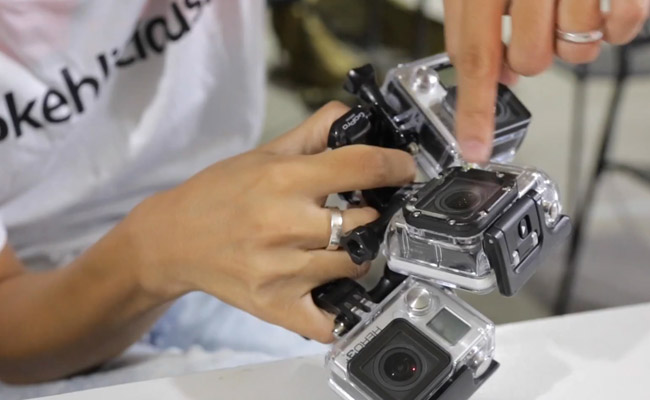 Sometimes when new product updates come out, it can be hard to discern if the newer version is different enough to warrant upgrading if you have the previous model. That is the dilemma that has plagued GoPro enthusiasts since the dawn of time.

DigitalRev just put the new GoPro Hero 4 Black through its paces through a scene that looks like it came out of Left 4 Dead or some other intense Zombie game. They also manage to clearly demonstrate some of the advantages that the Hero 4 black has over the Hero 3+.

It is pretty clear that DRTV likes the new GoPro 4 Black, and will upgrade. I am curious what those of you on the fence think about it. Did this review/comparison convince you of the merits of the GoPro Hero 4 Black or are you still content with your Hero 3+ (or other previous version)? Leave a comment below!

Photographer Uses Magic To Make Mermaids Out Of Maternity Clients