SLR Lounge > Inspiration > Tips & Tricks > What Camera Should I Buy? | An Overview of Today’s Most Popular Choices 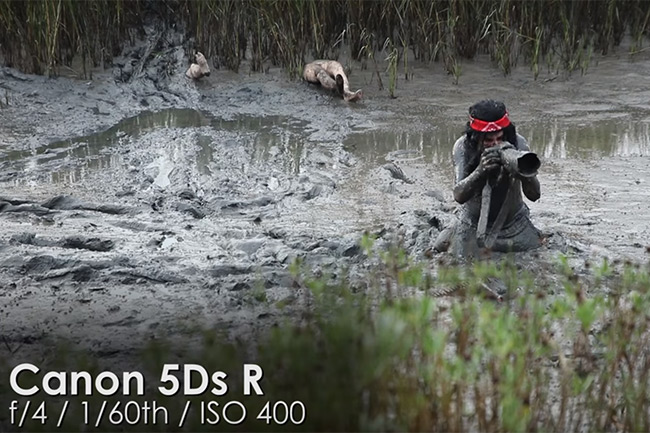 What Camera Should I Buy? | An Overview of Today’s Most Popular Choices

Is Nikon better than Canon? Sony better than Nikon? Fuji better than…blah blah blah! Is this really a relevant discussion these days? Should I be worrying about upgrading my camera or switching brands altogether? Most importantly, why would I?

I was watching Breakfast At Tiffany’s the other day. A classic film, girlfriend pleaser, but nonetheless classic. On the same day, I also went to an Audrey Hepburn exhibition at the National Portrait Gallery to see some beautiful and iconic photographs. Unfortunately, while watching Breakfast At Tiffany’s I couldn’t help but think, “this film would be SO much better if it had been shot on one of the latest RED cameras, or in 3D!” Similar thoughts entered my head when perusing the works of Irving Penn at the Audrey Hepburn exhibition. “These photos would be SO much better if they were shot with a Nikon D810, Canon 5DS-R or Sony A7R II!”

I hope my sarcasm has not been lost on you. While my comments are in no way serious, they do highlight a point which can sometimes get lost. Creatives have been producing wondrous content with equipment which today we would find inferior. What does that tell you? It’s not the camera (nor lens) which makes the shot. It’s the mind operating them.

When deciding what camera to buy, the most logical thing to do is pore over lab tests. Right? Base your decision solely on whoever comes out on top? But is it? What is actually the most important thing to think about when selecting a camera?

Within this article, you will find the best videos comparing the latest crop of cameras from some of the top manufacturers. Each reviewer does an excellent job of explaining the camera features and making comparisons. In between each video, I’ll be discussing some of the most important factors to consider when making such a significant decision.

Our very own Joseph Cha did a great comparison of the A7R II and 5DS-R; it’s short, to the point, and highly insightful. Click here to read the full article.

What Camera Should I Buy Tip 1 – Everyone Is Different

Buying your first camera, upgrading your existing one, or jumping ship to an entirely new camera brand, is not a decision that should be based solely on a list of features. Nor should it be entirely based upon the results of lab tests or “real world” reviews. However, I am not one who will say “lab tests are pointless, how does it operate in the real world?” In my opinion, taking a position somewhere in the middle makes the most sense.

At the end of the day, you want the right tool for the right job. However, if you consider that we don’t all shoot the same things, then the right tool is not always the same tool. The single most important thing to think about when buying a camera is not the camera. It’s you. What do I shoot? Where do I take the camera? Of all the features X, Y and Z camera have, which is most suited to me? There is no point getting the latest and greatest camera if it’s not suited to your style. So, start with you.

This is part II of a Sony A7R II review by Tony and Chelsea Northrup. The review compares the Sony a7R II against the Canon 5DS-R, Nikon D810, Panasonic GH4, Sony a7 II and Sony a7S. I’ve added part II here as there were a couple issues with Part I which were rectified in this video.

What Camera Should I Buy Tip 2 – Dynamic Range

Let’s go back to basics for a minute. What is dynamic range and why should I care? Dynamic range refers to the breadth of light intensity within a scene from the brightest highlight to the darkest shadow. This measurement is usually given in stops and will differ depending on what it is you are photographing. If the dynamic range of a scene is wider than your camera can capture, you will begin to see blown out highlights or clipped shadows. In other words, you will lose detail in those areas.

Dynamic range sounds pretty important, and it is, but it shouldn’t be your only consideration. There is no question that a higher dynamic range is always a positive, but it may not be as important as other factors. For example, focus speed or ability to focus in dark environments. It doesn’t matter whether your camera has captured the full range of tonal values within a scene if it missed focus. It’s easy to get carried away with the dynamic range results of camera tests but always have in mind your style of shooting and what is most important for that.

This video by Toby Gelston of Photo Recommendations throws a couple more cameras into the mix, namely the Nikon D750, D610 and 5D Mark III. All of these cameras are extremely capable machines but mercifully, especially with the Nikons, are a little less expensive than their bigger, newer, brothers.

What Camera Should I Buy Tip 3 – Focus Speed

Focus speed, accuracy and performance in low light is one of my top considerations. As some of you may know, I am often found (less so recently) wandering around my local park on cold, dark and occasionally foggy mornings trying to photograph deer. Those conditions are a real test for a camera’s focusing system. Sadly, my battle weary Canon 5D Mark II has never really been up to scratch in this department. As a result, in those sort of conditions I usually resort to manually focusing. Crazy concept I know.

Most people do not shoot in those sorts of conditions. Having the fastest and most accurate focusing system is not as important to lots of photographers. This highlights my original point. You need to know what is important to you; the right tool for the right job. For my purposes (and eventual upgrade), a top notch focusing system is key, followed closely by high ISO performance, and lastly dynamic range. Those are my top three considerations based on the types of photography that I do. Sadly, that rules out Sony’s range of cameras. From what I hear, their focusing system is pretty good but not the best. For my next camera, I want the best, or near to. At least much better than the 5D Mark II. Oh wait, that’s everything!

This ridiculous video from the Fstoppers crew had me rolling with laughter. I do not advise you basing a camera purchase on this video, but it definitely illustrates my point. Modern cameras are brilliant. They have come along leaps and bounds. Any modern camera, above a certain price range, will serve you very, very well.

What Camera Should I Buy? Tip 4 – High ISO

I doubt it’s necessary for me to explain what ISO is, so I’ll dive right in. If, however, you are just starting out in photography, I recommend you take a look at our comprehensive photography education in the SLR Lounge Store (click here).  A camera which produces less noise and retains more detail at higher ISO’s is a benefit which cannot be disputed. Just as a higher dynamic range will always be beneficial so will high ISO performance.

It is with this and dynamic range where I start to see the benefits of lab tests. Real world performance is important, but it’s also very useful to compare camera test results. If nothing else, it’s a fantastic way to find differences between some very well performing cameras that you are torn between.

Any professional photographer will tell you about the importance of lenses. It does not matter if you have the “best” camera if you put rubbish in front of it. Before you even consider upgrading your camera, look at your lenses. It’s a completely separate article, but make sure you have a selection of lenses which will allow your camera to perform optimally.

Just as important as the lenses themselves, is the range of lenses available to you. When deciding what camera to buy or whether you should jump ship to another brand, make a list of every lens you need/want. Then do some research and check you’ll be able to get those lenses and whether they are good quality.

Having received a lot of criticism for their lens choice on the Sony a7R II, Fstoppers released this follow-up video.

What Camera Should I Buy? – Summary

If you’re starting out and investing in a new system, then it makes perfect sense to heavily analyze the camera and lens line-up of potential brands; to delve deeply into lab tests and compare every feature. It’s understandable that you want to get the most from your substantial investment and, not necessarily knowing what you will be shooting, it’s the logical way to go.

As a more seasoned photographer, you are in the fortunate position of being able to know what you need. Don’t get carried away with the glitzy headlines (dynamic range, megapixels) but rather think about your requirements. I am right in the middle of pondering what my next camera will be. For me, I’ve found one of the best ways to decide is to think about situations and photographs. I’ll ask myself the following: “Would this photo be better if I had used a different camera?” and “Would I have got a higher keep/bin ratio using whatever camera in this situation?”

We can all get so overcome with camera envy that I think we often forget stunning art has been created with far less capable equipment. Would it be easier if you had the latest and greatest? Probably. Would it make your photo better? Probably not. That being said, it will not stop our endless desire to part with our cash so please remember, think about you first, the camera second.