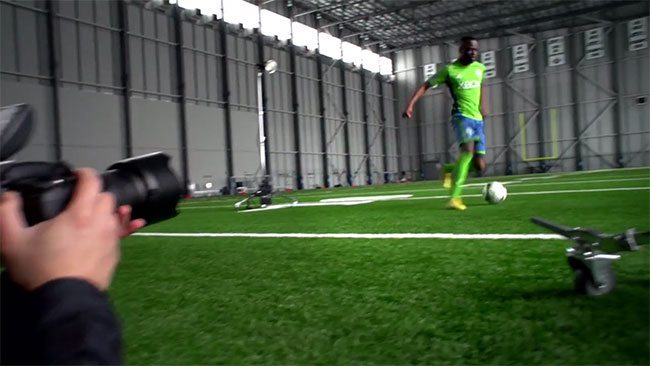 The MLS (Major League Soccer) playoffs are here and this weekend pits two of the biggest rivals in the league against each other when the #1 seeded Portland Timbers travel to Seattle to face off against the #4 seeded Sounders. I just came across this neat advertisement, which also doubles as a behind the scenes video for one of the recent Sounders photoshoots.

The ad was created for Glazers Camera in Seattle to promote the Profoto B4 battery pack. The video goes behind the scenes of an actual shoot run by Rod Mar in which he uses Profoto gear to capture some of the Sounders marketing imagery for the season. So forget that it is an ad for the Profoto B4 and watch the video itself, lots to learn from this video if you are wanting to do this of photography. Check it out below:

I recently got a gig producing the sports program for my local high school so I was particularly interested in this because I was looking for some ideas on how to get some great shots of the student athletes not in game action. Since I had never done that sort of thing before I was looking for some basic pointers and this video actually gave me what I needed.

Instead of shooting the players on a black background or white I can setup a shoot in the gym and shoot with strobes bright enough to make the background black. Its a technique that I have heard of before, but I have never actually done it myself. As much as I hate the Sounders (I am a Timebrs fan, #RCTID) these are top quality images of the players. I am excited to try it out and share my results. 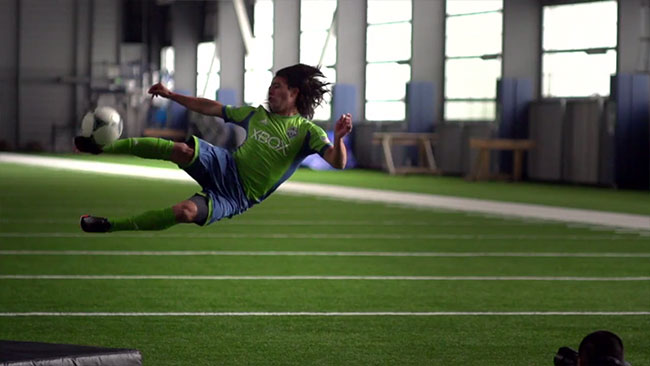 Oh, and in case the $7,000 price tag on the Profoto B4 is a bit out of your price range, as it is for me, here is a much more affordable alternative that you can use with your speedlights for a similar effect.

Did you glean anything special from the video? Are you an MLS fan looking forward to more playoff action? Timbers Supporter? Sounders Supporter? Leave your thoughts in the comment below.