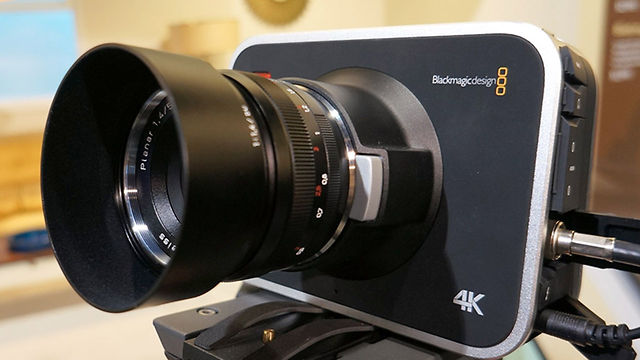 The Blackmagic Production Camera 4K has been delayed quite a while now, and many have been growing impatient with the wait. But, luckily for them (and us) the camera is now shipping and people who have preordered should be getting the camera sometime soon.

In addition to that, there is also some more great news. Blackmagic has slashed the price of the camera by $1,005 in an effort to make the camera “more accessible” to the indie filmmakers out there. The total cost now of the Blackmagic 4K camera is only $2995, making it at this moment one of the more attractive options for 4K video production.

Of course, we all know the real reason that Blackmagic dropped the price. Panasonic’s GH4 was just announced this week, and that camera has been promised to be under the $2,000 mark. I think that Blackmagic saw the writing on the wall and realized that the GH4 would kill the Production Camera 4K (PC 4K) if the PC 4K was priced too far ahead of it. That and after so many delays with the camera, I think they know it’s not worth $4,000 anymore.

Embracing the Madness: An Interview with Kate Combs, Family Photographer