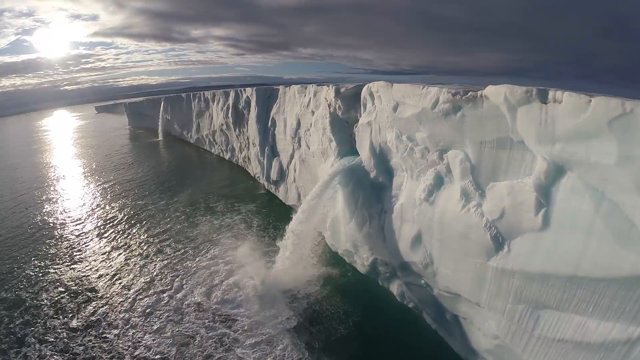 Drones made a huge impact in 2014, having their ups and downs (no pun intended), some crashing into Yellowstone’s Hot Springs, others on people, a few have been taken down by rams and momma kangaroos, with mighty success showing you the inside of fireworks explosions, the vast landscapes of Alaska, and the peculiar world of Burning Man.

Drones have definitely allowed us to give photography a new angle, especially when soaring high-above exotic locations and top-travel destinations. The Smithsonian compiled a list of the most beautiful drone travel videos of 2014 and here are my top favorite picks from the bunch.

The video of Solstice takes you through Alaska’s Wrangell wilderness, and the south central areas of Anchorage and Girdwood, on the eve of summer solstice.

Ben Sturgulewski captured the entire video with Phantom 2 and a GoPro Hero 3+. Between mountain vistas and waterfalls, Solstice genuinely makes you feel like you’re the only wanderer in the distant terrains of Alaska.

Will Burrard-Lucas used a remote controlled “BettleCopter” of his own design to capture the landscapes and wildlife of the Serengeti. The filmmaker and photographer spent two weeks filming the aerial drone footage.

Serengeti gets up close and personal with an array of wild animals that includes: giraffes, hippos, herds of elephants, zebras, hyenas, etc. The framing of the shots is definitely something to appreciate within this video, which enhances the simplicity and beauty of the animals and their environment.

Visit the stunning sights of Norway’s natural beauty of the fjords and the western portion of Stryn, with its rugged mountains and glaciers.

The color palette of Norway alone, draws you in from the beginning of this video, as you glide through mountains and channels of water. Fog chasers will definitely appreciate this one as there is plenty of it in the video. To capture this video Thue Venøy used: DJI Phantom 2, Zenmuse H3-3D Gimbal, GoPro Black +, and Fatshark Predator v2.

This footage of Seattle’s iconic Space Needle building was shot by Amazon employee Alex Klinghoffer, who shortly after received a visit from Seattle police. They were responding to complaints and security concerns. Neither party was overly concerned by the incident, but it did spark further questions about the rights of drone hobbyists and laws that are still currently up in the air.

I especially love the part where the drone circles the top of the Space Needle, as it also features spectacular views of the city with the golden sun barely touching the horizon.

[REWIND: Drone’s Eye View: An Extreme Close-Up Into The Fiery Pits Of An Erupting Volcano]

Photographer Peter Cox captured a landscape few have been able to visit. High in the Arctic, Cox captured swooping views of glaciers, boats making their way through the freezing ocean waters, and the array of wildlife that calls the Arctic home. A few problems with piloting, due to the altitude throwing off the drone’s GPS, didn’t hold Cox back from capturing the beautiful essence of the northernmost part of the Earth.

The spectacular opening shot of a boat crushing through a sea of glaciers did it for me. In addition, Cox was able to maneuver the drone to grab stunning shots of the Arctic Ice Wall, and also joined a pack of walruses in the freezing waters for a quick “hello.”

What have been some of your most favorite drone videos of 2014? Share in the comments below.