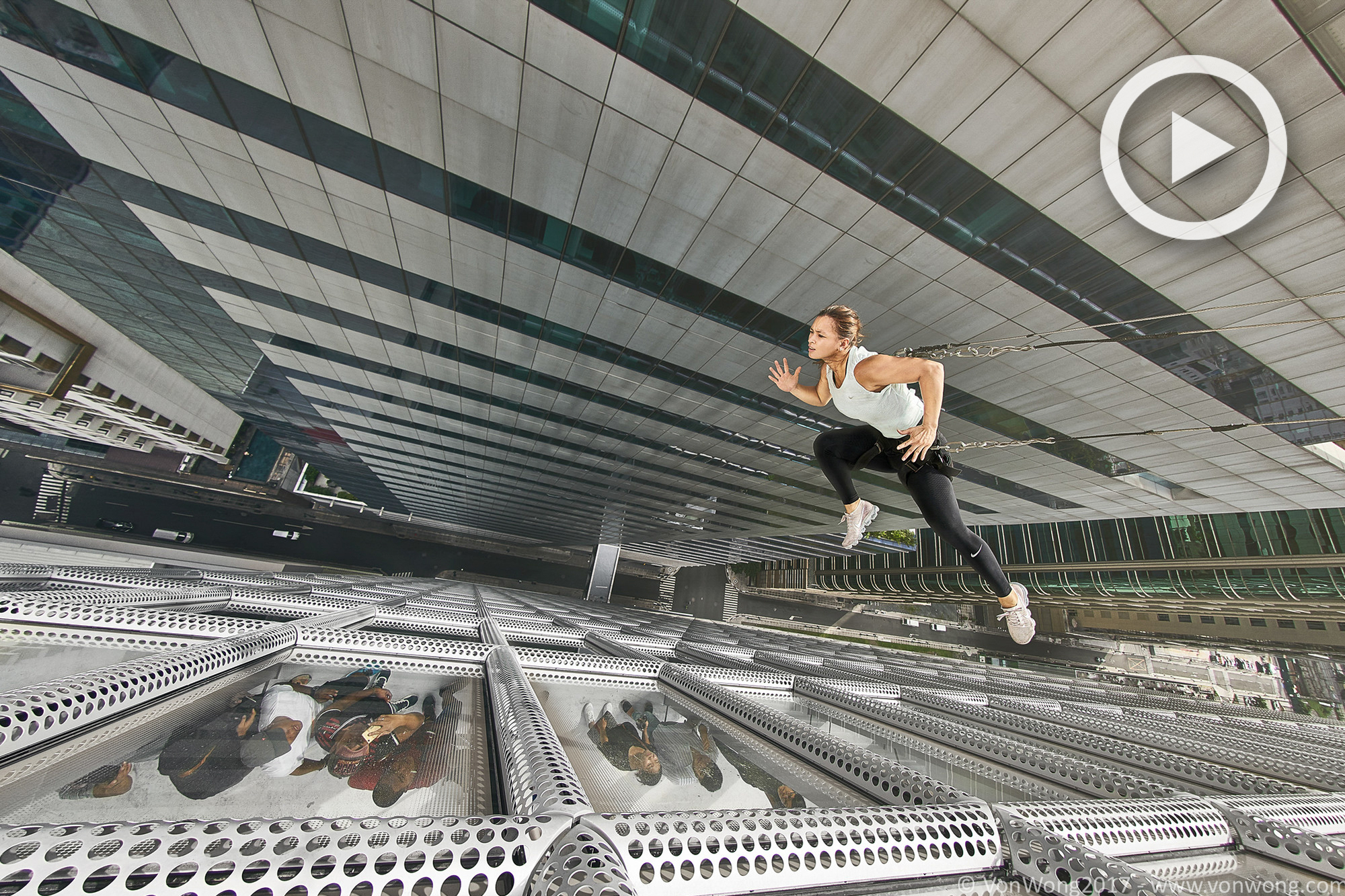 If we were asked to name a photographer who doesn’t abide by the confines of the proverbial ‘box’, but lives outside of it, the first name we’d arrive at would probably be Ben Von Wong. Clearly we are not alone in our thinking, because someone at Nike clearly does as well, and reached out to Ben, challenging him, albeit cryptically, to come up with a way to market a new shoe.

There isn’t a more ubiquitous brand on the planet when it comes to sports, than Nike, and it’s a brand commercial photographers dream to work with. But how does one go about doing it? In Ben’s case, it was just a matter of opening the front door. Nike sent Ben a package which included a pair of new shoes, and a note that simply stated:

Dear Ben, What would you do if you could walk on air? 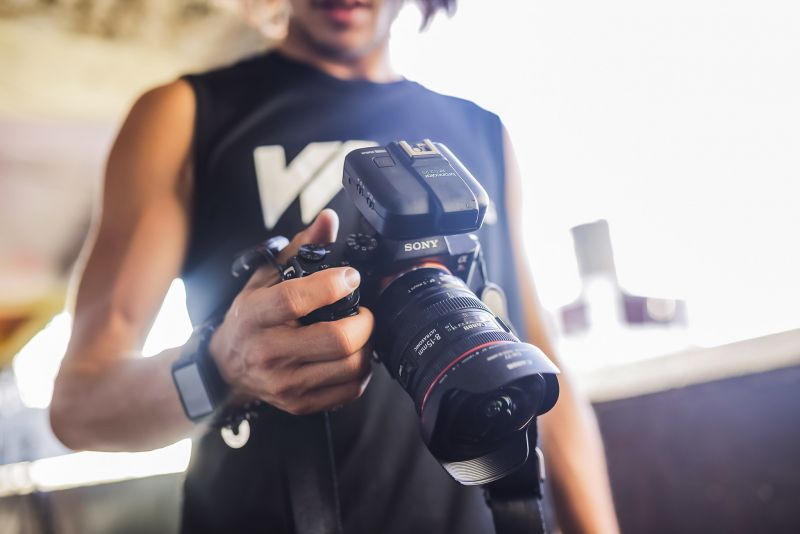 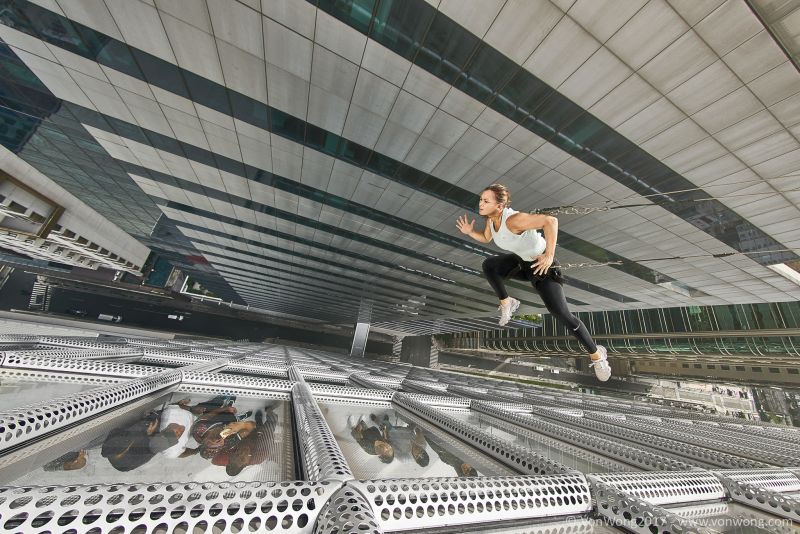 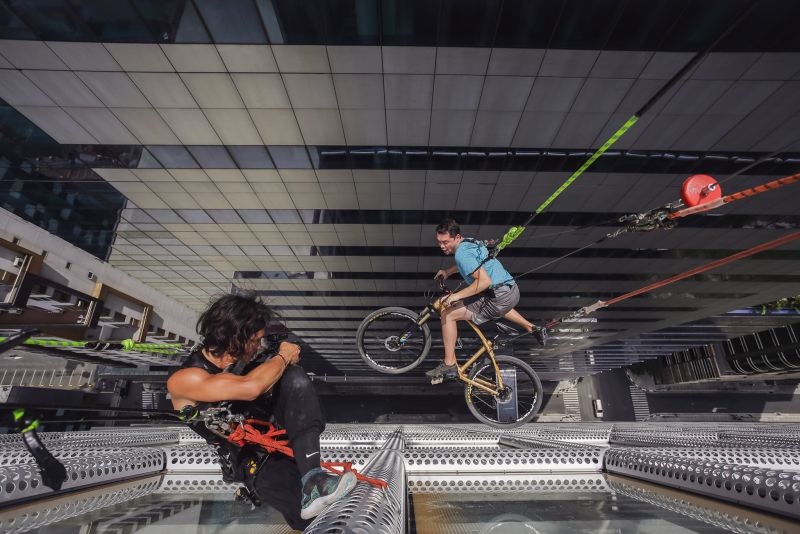 It was a challenge, and by calling the number on the back of the card, Ben accepted. Clearly Nike could’ve contacted anyone, and by contacting Ben he knew they were looking for something unusual. His idea, was to showcase everyday athletes running through the air a la Tom Cruise off the Burj in Mission Impossible 4. They accepted, so the only thing to do at that point was to rise to the occasion. He did, as did everyone on his team.

Through sheer will and perseverance the team put together specialty harnesses that would allow the athletes to orient their bodies and maneuver as if the building-side was the the ground, at 7 stories and 30 stories above it. And it warrants saying here that the featured athletes are not professional models, but instead a group of diverse community leaders: Ian Banzon, Bryan McClelland, Nikka Arcilla & Krizanne Ty, and Mike Swift are all accomplished in their own rights and have a true community service aspect to their lives. From running girls sports clubs to building environmentally and socially responsible products, to bringing inspiration and the structure of sports to the youth of the Philippines, the stars of the series are beyond the shoes. 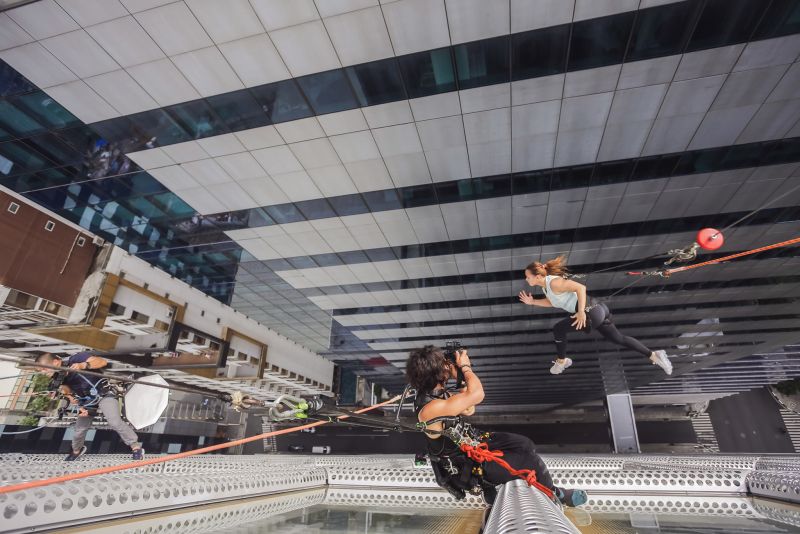 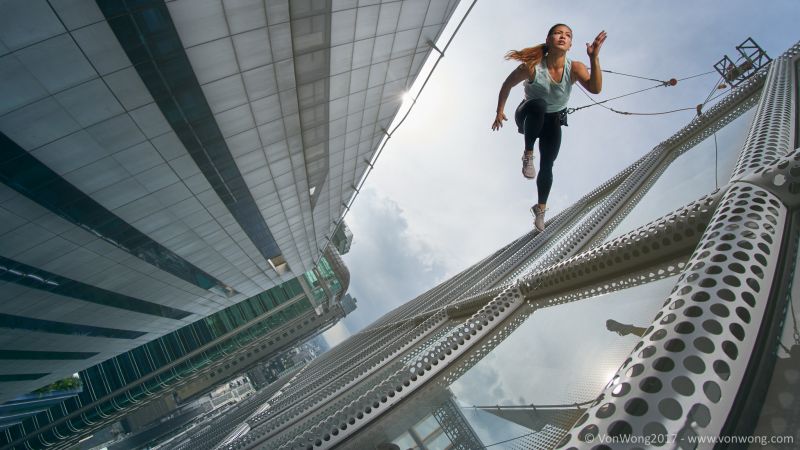 What must’ve been a truly harrowing but rewarding experience is shared here and within the video below for all to see. And while many will ask why the harness cables were left in the shots, Ben made that decision consciously, as he wanted to depict the real story and felt it was integral.

You can check out more about the story here, and more from Ben on his site.

Also, Ben will be speaking and teaching at CreativeLive for CreativeLive’s Photo Week 2017, which we are partnering for. Check it out here and register. 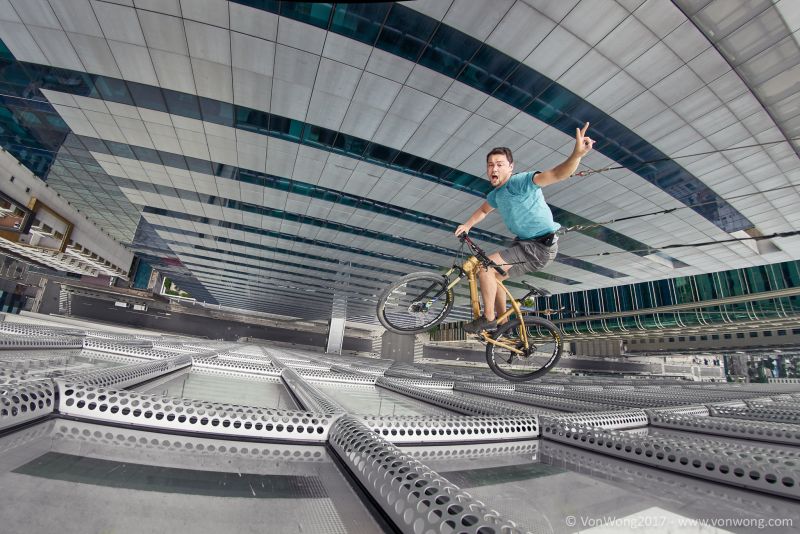 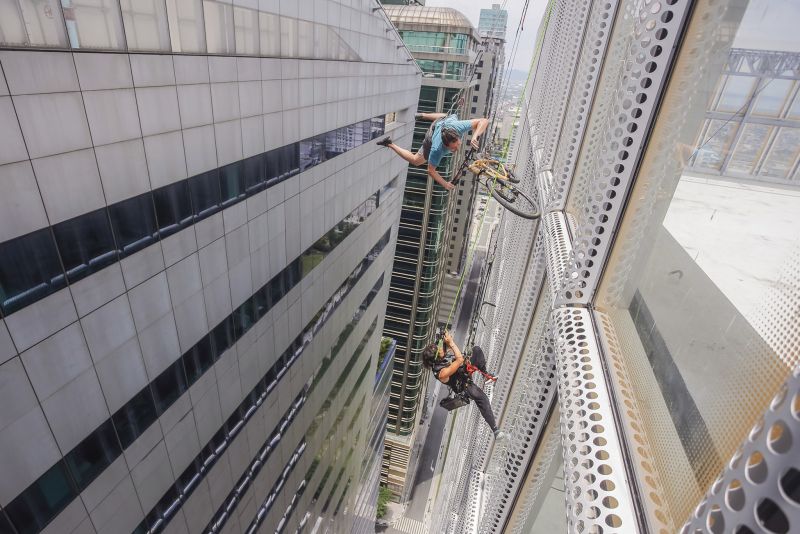 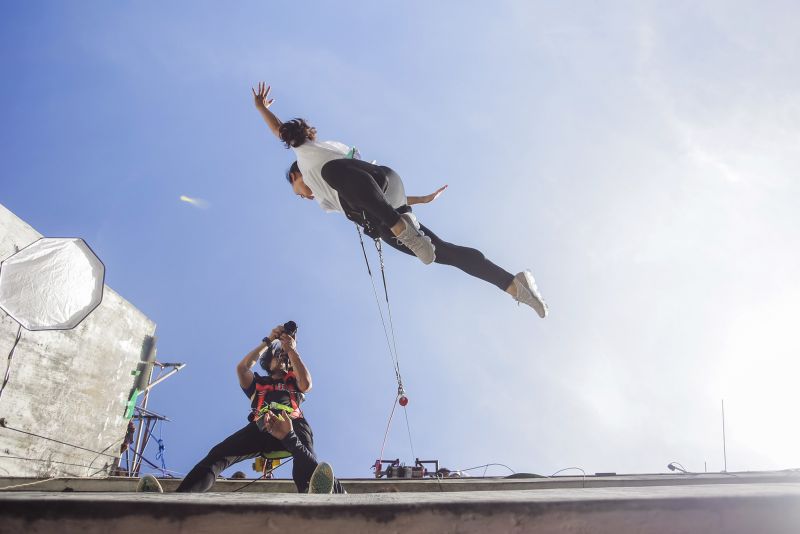