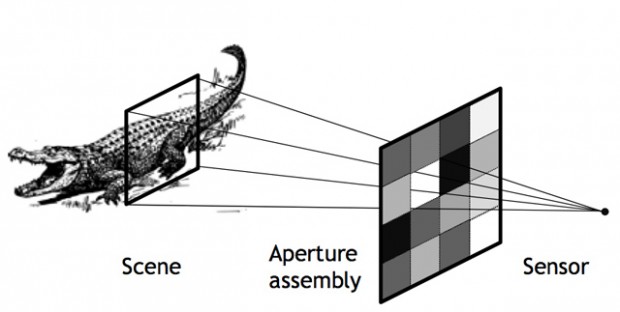 Bell Labs creates new Lensless Camera; is this the future of photography?

Wouldn’t it be awesome to be able to capture stunning images without having to lug around lots of heavy glass lenses? That may seem like a pipe dream but the fact is that Bell Labs has developed a new camera that does not use a lens. 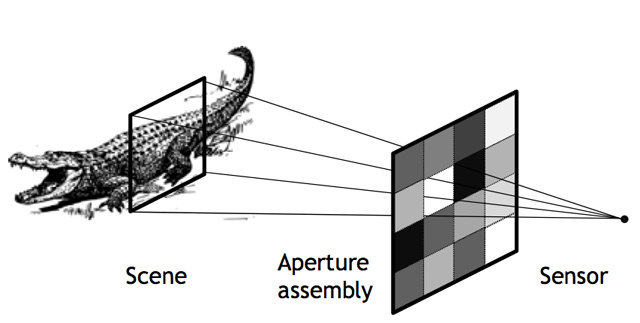 As I said above, Bell labs has created a new camera that does not use a lens. The camera that Bell Labs has created is a single pixel camera that only uses a series of transparent openings to capture light – no glass needed. This camera is based off of technology called compressive sensing which is still a developing technology.

The basic premise is that instead of capturing a full image and then compressing that image down when it’s done this camera starts from nothing and captures only what it needs to get the desired image. A nice side effect of this way to capture images is that it is much faster than traditional image sensor technology.

Sadly the technology is not yet ready to be utilized in full blown cameras, but the basis of the concept is being played out in this new camera designed by Bell Labs. The sample above is described as being created utilizing only %25 or so of the cameras imaging capabilities. So while it looks like crap, it is because this shot was not taken at full capacity. (Ive tried to finds a full capacity shot, but to no avail).

What do you think? Do you feel like this technology has a place in the future of photography or is this just a gimmick that will never make it into a full blown camera?