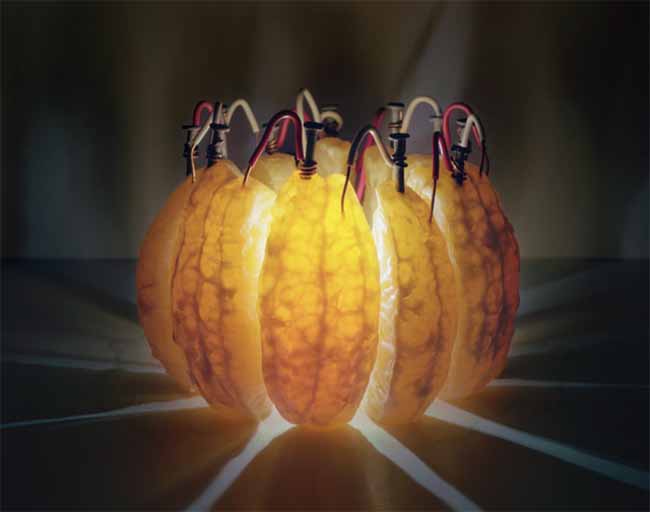 Did you ever make a potato battery in school? It is fascinating to see how just two tubers, some copper wire, and galvanized nails can power your electronics. Photographer Caleb Charland has been doing this for the past several years and then photographing his experiments in his ongoing series, Back to Light. 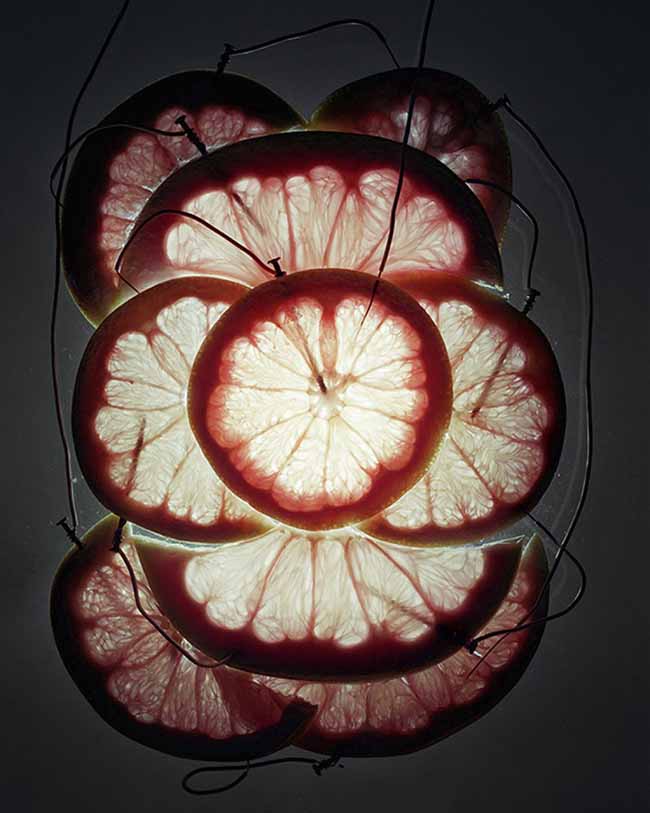 In the process, Charland creates quirky steampunk-esque science experiments of citrus and copper to create a unique still life. Each photograph is a slow and tedious process requiring intricate set-ups and exposures up to 20 hours. Some set-ups are simplistic like the slice of grapefruits or limes that glow through the stems and seeds; others are more awe-inspiring like the the chandelier powered by a grove of apples. 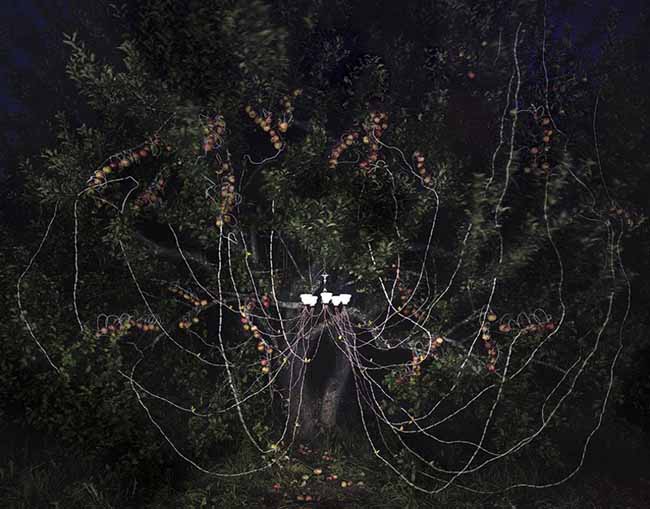 “The main source of light is a light-emitting diode that is placed within the wedges of an orange,” says Charland. “The orange wedges were all separated then placed on small skewers to keep them upright. The wooden skewers are stuck into a sheet of foam core that is the base on which the wedges are placed.”

Each wedge acts like individual cells to a battery. Around 8-12 pieces of fruit can generate enough to charge a standard cell phone or around 3.5-5 volts; and just enough to run a single LED.

Working simultaneously as a botanist, gaffer, biologist, and photographer, Charland creates images like The Apple Lamp; requiring hours of setup, testing and exposing. Around 4-20 hours are required to properly expose the image on his 4×5 view camera. 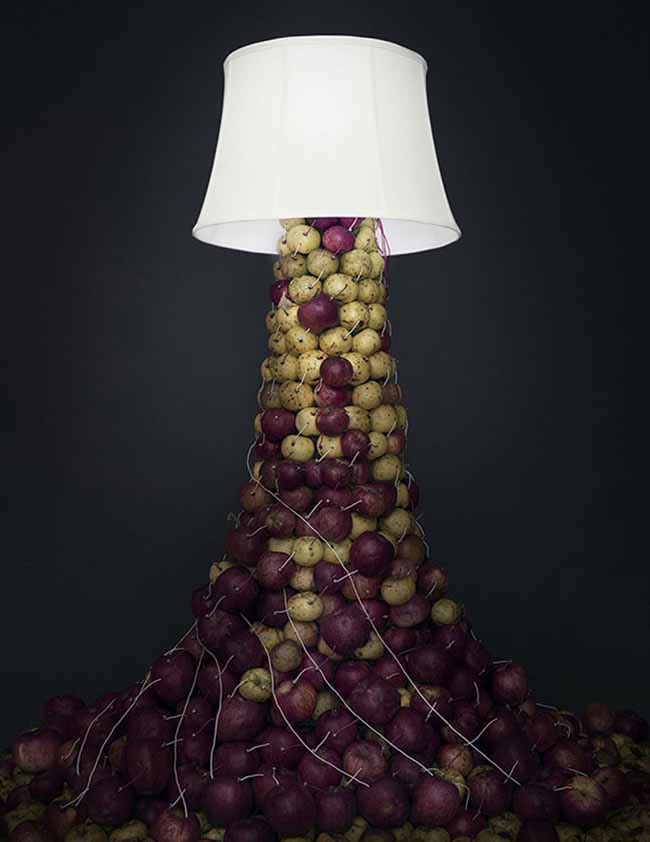 The installations are not sustainable as the fruit and vegetables will eventually decompose. Charland hopes to create the photographs as “micro utopias.” Charland states, “I often spend a lot of time constructing the elements for each picture, a lot of time framing it with the camera, and then a lot of time exposing it.”

It is a shame that all that work goes into making something that will eventually die and decay, but that what makes photography great. It makes things timeless. Check out more from Charland on his website.

CREDITS: All photographs by Caleb Charland are copyrighted and have been used with permission for SLR Lounge. Do not copy, modify or re-post this article or images without express permission from SLR Lounge and the artist.