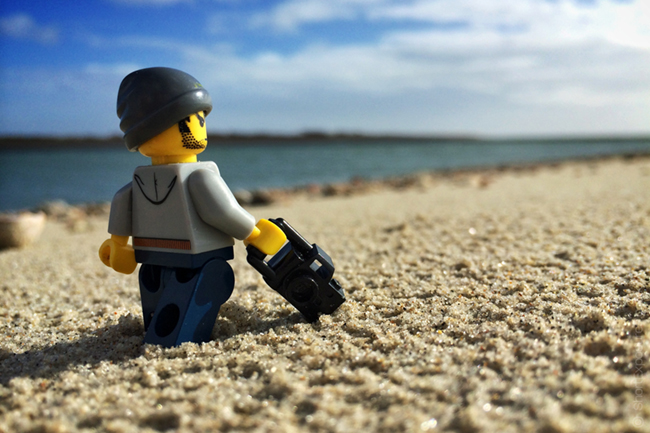 Around the World Adventures with a LEGO-grapher

Andrew Whyte is an UK based commercial photographer who created an eye catching series of photographs featuring another photographer. This other photographer sees the world from an unique perspective because he is only about 2 centimeters in height: It’s a little Lego man. Andrew was so kind to tell us about his unique project.

SLRL: Could you tell us a bit about your photographic background?

Andrew: Photography was a fascination for me from a young age. I got my first camera when I was 6 or 7, it was a little Kodak that took 110 cartridges. Eventually, I moved on to 35mm film at which point my dad’s interest in the technical side of photography was a strong influence. He was shooting off camera flash & playing with long exposures back then in the 80s, so the knowledge that these techniques were possible was ingrained from a young age. Skip forward to 2007 and I quit my day job for a chance to build a career from this hobby. I’ve spent the last six years shooting at night, but as a compulsive snapper I couldn’t stop myself shooting camera phone images during the day. 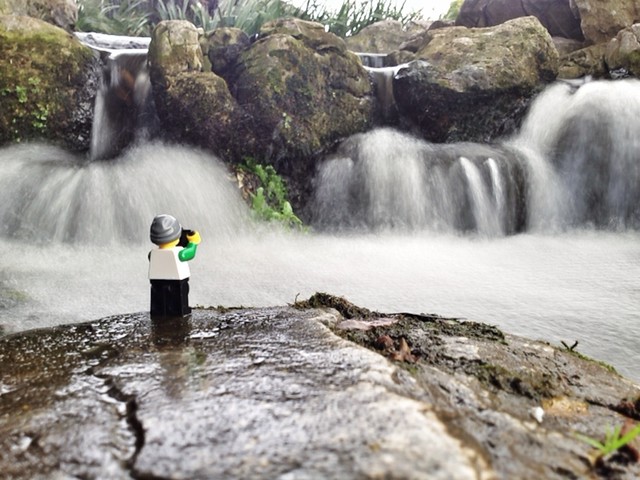 SLRL: How did the Legography project start?

Andrew: On a visit to the LEGO store, my kids pointed out a camera accessory which fits in a mini figure’s hand. I created a mini figure around this camera and started placing it into my everyday snaps. That was August 2012. By that October, I was getting a lot of mental stimulation and inspiration from shooting a Legography photo every day, so I committed to myself (and a small audience of friends on the dedicated Legography Facebook page I’d set up) that I’d turn it into a 365 project. 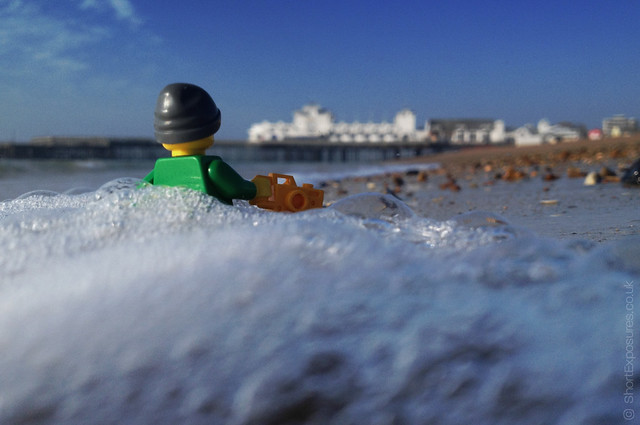 SLRL: Could you describe the average Legography shoot, did much planning and preperation go into each image or were they more spontaneous set ups?

Andrew: The series thrived on spontaneity. I’d chosen to use my iPhone exclusively, in part because of its portability & connectivity, but also as it enabled me to get the camera up close to the figure and distort the perspective, making the figure look much larger than reality. Wherever I went, the whole project fitted in a jeans pocket- phone & a couple of LEGO bodies and legs. It was a case of working with whatever my location & weather presented at the time. It snowed, it rained, the wind blew and the sun set- they’re all opportunities. I took it pretty seriously but that meant spending maybe 10 minutes getting an image right, compared with 20 seconds for an iPhone snap or a couple of hours for a full Nikon setup.

SLRL: As I understand the Legography project caused quite a stir and led to other assignments. Could you tell us a bit about that?

Andrew: Creating and sharing work daily has proven to be a strong way to build a strong, supportive following – the stats on my year-old Legography Facebook page now exceed by far the figures for my three year-old Long Exposure presence. I think I need to look at that! With that audience comes their generous sharing which helped a couple of PR agencies find me online and commission assignments. The fact that I was using an iPhone made the photography accessible enough to form the basis of social media engagement campaigns. 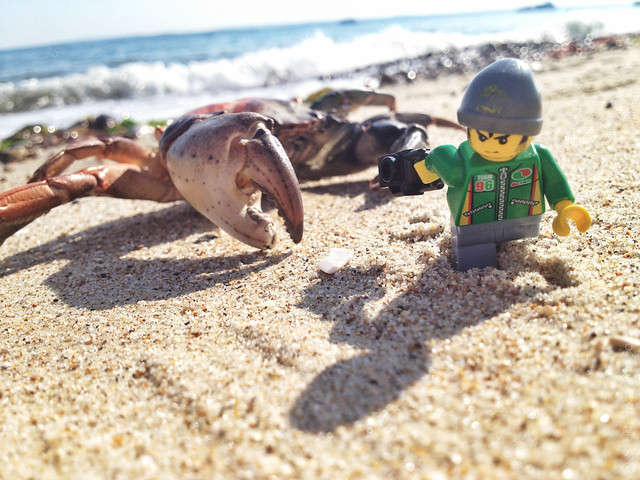 SLRL: Are you planning to continue Legography in the future?

Andrew: I had planned to play with the format of Legography to explore other characterizations, but being so close to the series, maybe I’d underestimated how significant his perspective is. Either way, there’s plenty of life left in the basic format.

SLRL: Thank you Andrew and the best of luck with future projects.

Canon: EOS M2 Will Be Coming To The States...Just Kidding.