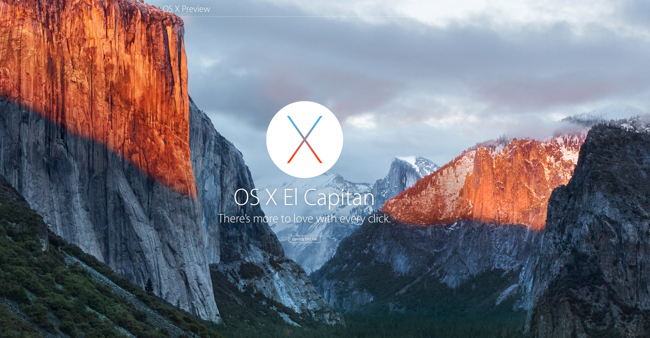 It’s that time of year again, Apple’s Word Wide Developers Conference (WWDC), where this morning, Apple released a host of new features and future plans for the company and its products. Among the big news today were parts that may mean a great deal to photographers.

On the low end of appeal and real world application is the new multitasking features to come to iPad, allowing for split screen multitasking, which leads us to wonder how this new iOS ability may affect photo apps, especially having learned recently that there should be a significant update to Photoshop Mobile coming in the near future.

But iPad multitasking is really just a little side note, as OS X 10.11 El Capitan is where the real promise and improvement to photographers really lies. There seems to be a structural change in the architecture of the operating system that will allow most everything to work more quickly. Frequently used applications apparently will get power preference along with a 1.4x increase in app opening speed; there will be enhanced window management (which oddly will seem familiar to Windows users).

Now, this tends to be a promise made with any OS update but the key piece of news for us in the reveal was the announcement of the inclusion of the Metal API into OSX. The Metal API was released last year was to allow for better and faster graphics performance on mobile iOS operating devices, but it will now be included into OS X.

Metal, Apple’s groundbreaking graphics technology, accelerates Core Animation and Core Graphics to boost system-level rendering by up to 50 percent,* and efficiency by up to 40 percent,** resulting in faster graphics performance for everyday apps. Metal also takes full advantage of your CPU and GPU, delivering up to 10 times faster draw call performance for a richer, more fluid experience in games and pro apps.

What this means, or suggests rather, is that Adobe’s applications from Lightroom and Photoshop to After Effects and Illustrator should see a large performance boost. This is further cemented by Adobe announcing Metal for all of its apps and has already noted an 8x improvement in rendering for After Effects.

This could signal the upgrade in power and performance of Adobe apps that photographers have longed for, and we just hope that this news materializes in the form of a real-world improvement.

If you’re a developer, El Capitan is available to you today and expect the official release to the rest of us for this fall.