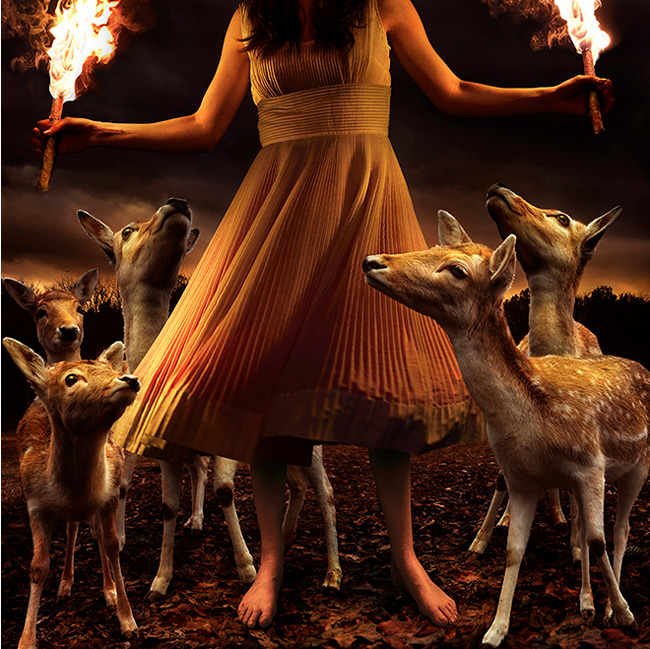 The human-animal bond dates way back to the time of the hunter and gatherer and is intrinsic. Cavemen drew pictures on their walls of animals, pictures of their hunts and some animals were even worshipped as deities. Though now some animals have become domesticated, there is still a strong connection from humans to animals of the wild. Thousands of people visit zoos, animal parks and go on safaris just to observe these animals with fascination and awe. People are outraged to see these animals endangered and there are hundreds of groups devoted to conserve the majestic animals of the wild.

Photographer Tom Chambers seeks to explore this bond  between man and beast with his photomontage series, “Animal Visions.” Tom was raised on a farm in Lancaster, Pennsylvania and always held a fascination for all kinds of animals – domestic and wild. He uses this series to tell the stories of his “inexplicable connection” with animals.

Using magic realism – inspired by early 20th century writers and artists – where magic elements are blended into a real environment, Tom composites his images to “tell unfinished stories, which initially might seem true and believable, but likely are improbable.”

With a background in graphic design, Tom’s photography is fantastical, speaking a narrative of the way he views the world and tickles the viewers imaginations. In this series, Tom seamlessly blends images of animals from various zoos in D.C. and Virginia with romantic countryside villas  and museums in Italy and Virginian landscapes to create these enchanting images. 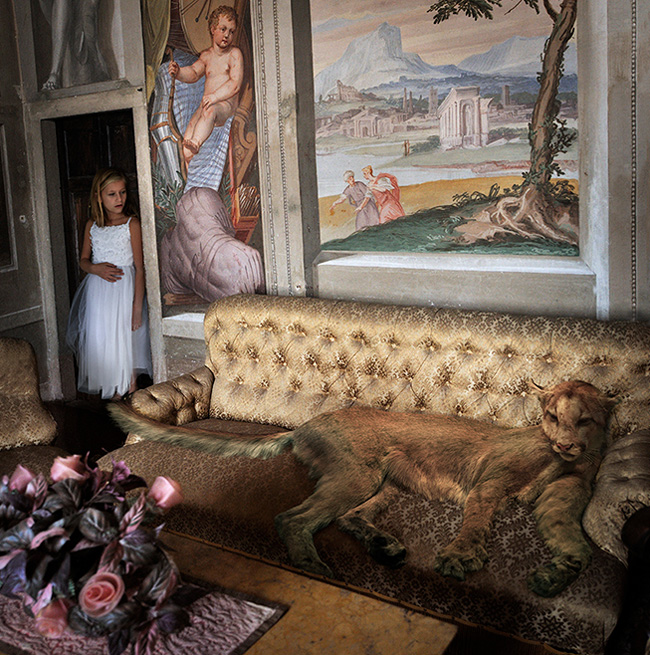 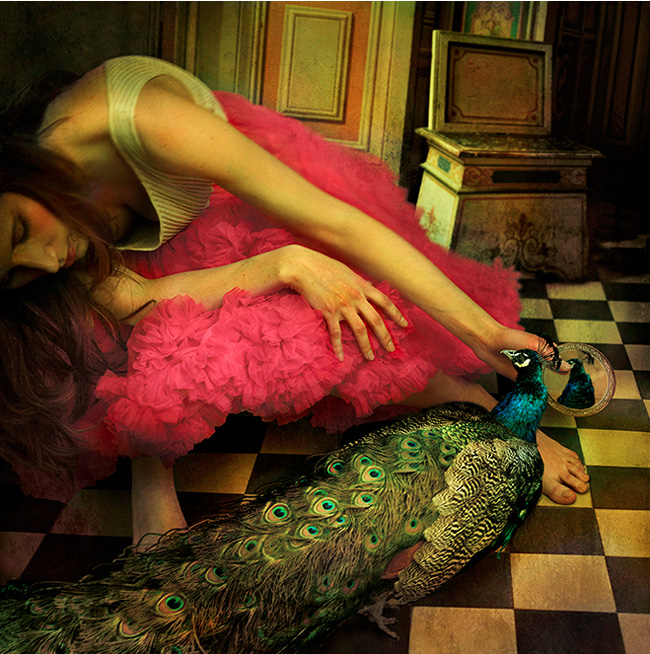 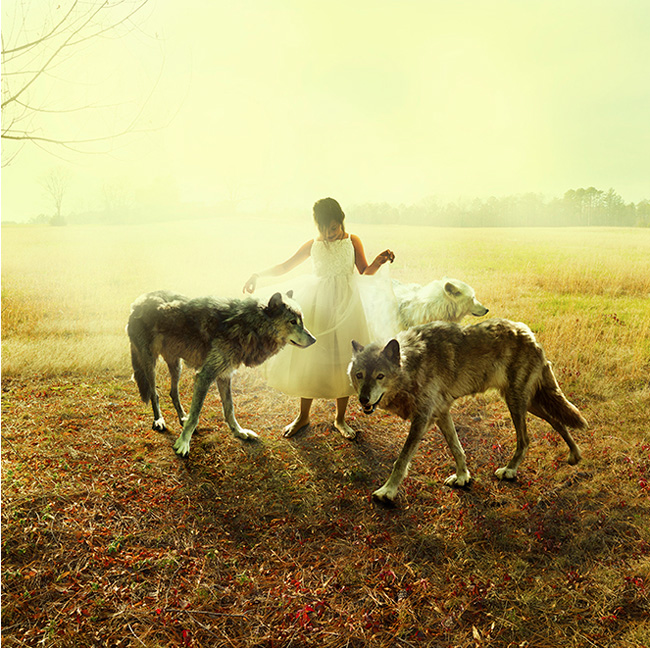 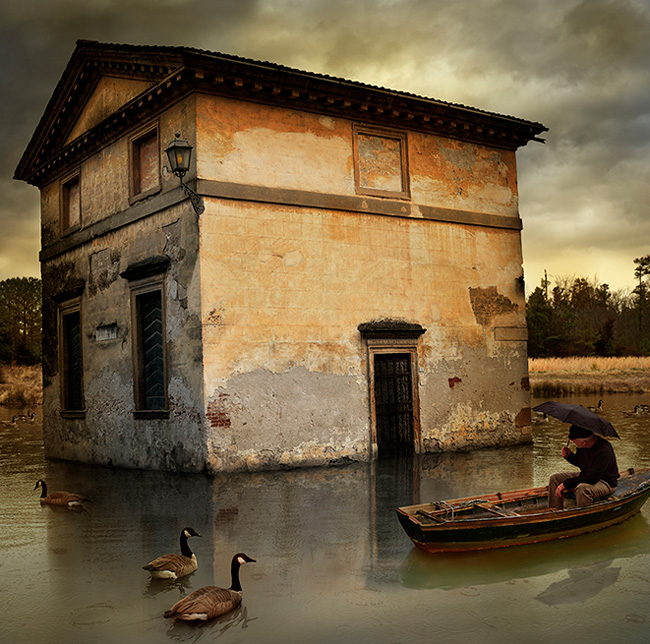 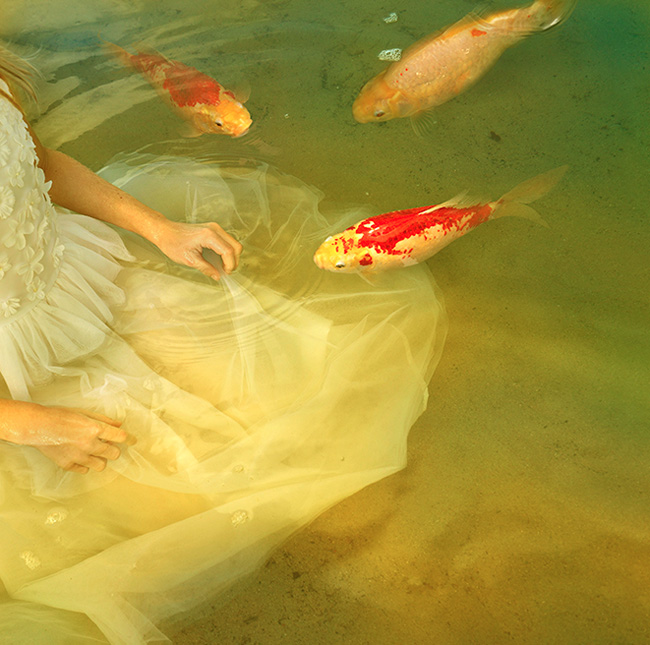 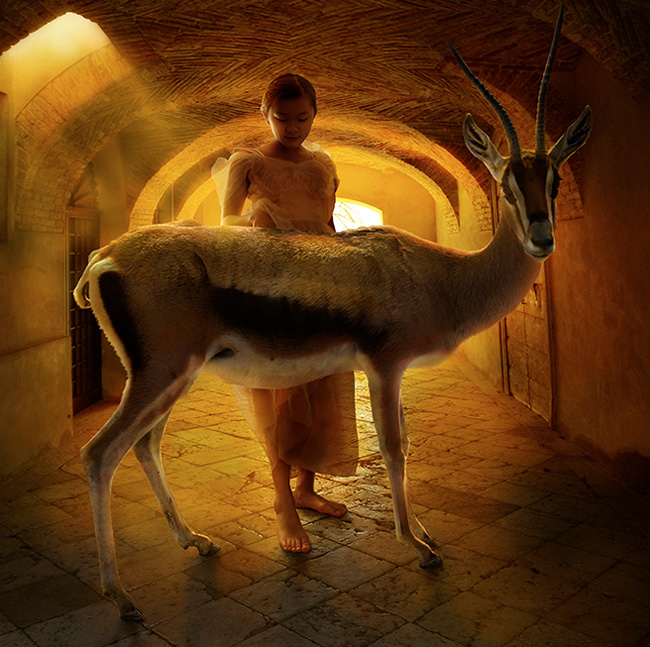 Much of Tom Chambers’ work involves animals and you can see many of his other series on his website here.

CREDITS: All photographs shared by Tom Chambers are copyrighted and have been used with permission for SLR Lounge. Do not copy, modify or re-post this article or images without express permission from SLR Lounge and the artist

Rumored Fuji X30 Will Not Feature One Inch Sensor, According To Fuji Rumors