SLR Lounge > Inspiration > According To Social Media, I’m A S**t Photographer And So Are You. Really? 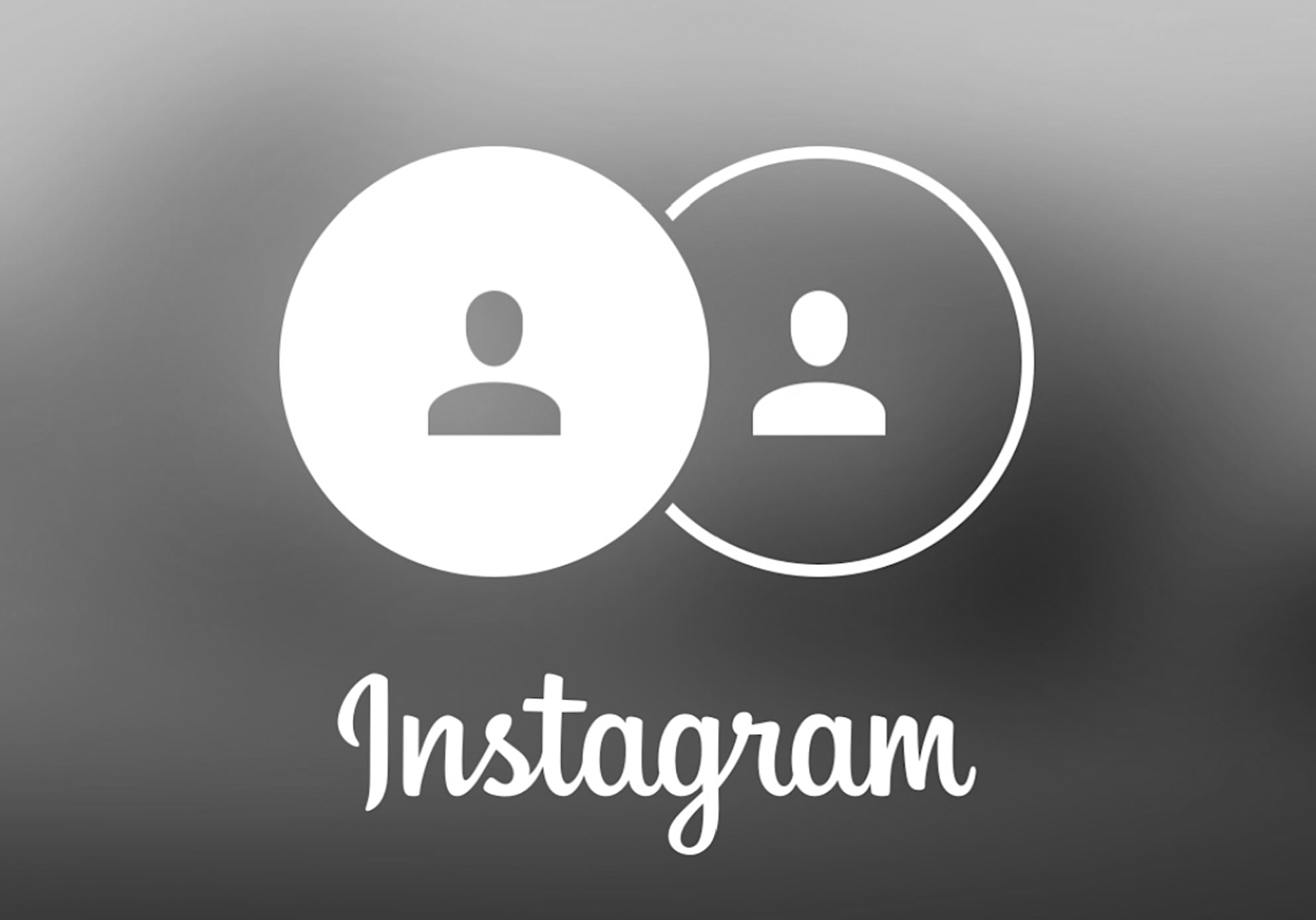 According To Social Media, I’m A S**t Photographer And So Are You. Really?

Social media is great. It’s also an annoying, disingenuous, time wasting, soul-destroying evil entity which can have a dramatic negative impact. Perhaps that was taking it too far? I’ll start again. Social media is useful, but it can have a detrimental effect. It’s why and how that impact occurs that I will be exploring today.

I wrote an article a while back about how our mentality can hold us back, and the post you’re reading stemmed from a fantastic comment on that post by Paul Barson:

“Great article and good advice. Ironically, I think that 500px and other social sharing sites can sometimes put people on a downward spiral and actually discourage creativity as they place too much importance on likes and scores, taking them as some kind of measure of worth. When in reality they are a measure of social popularity, which certainly does not always equate to value and a reliable gauge of how good work is. That’s a whole other discussion though lol”

It’s an idea that I am only too familiar with, and one which I certainly felt deserved discussion. I hope you’ll come away from this article feeling a little more positive.

[REWIND: COULD YOUR MINDSET BE HARMING YOUR PHOTOGRAPHY BUSINESS?] 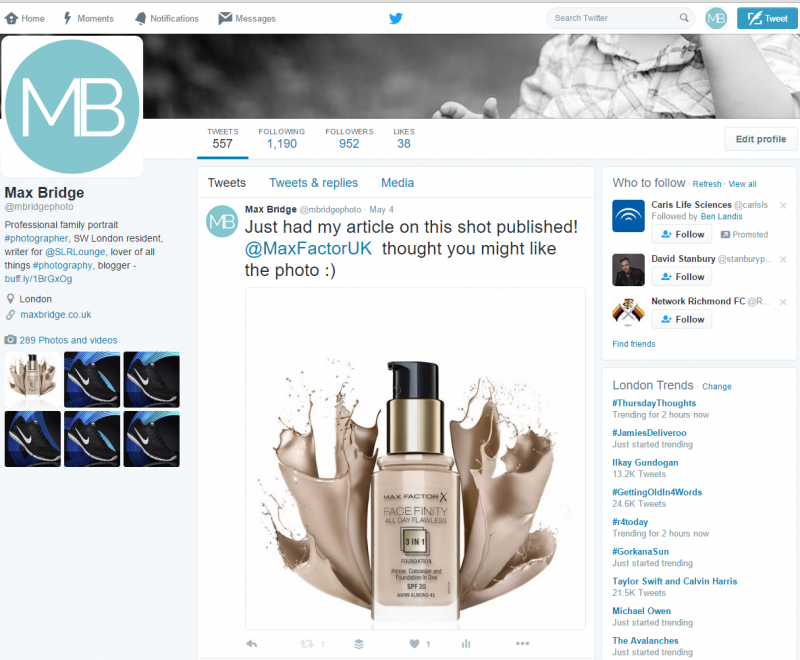 The Soul-Destroying Side Of Social Media

I’m not here to to dissuade you from using social media. As business owners, it is a necessity, but what I would like you to take away is a realization that everything you hear, positive or negative, must be taken with a gigantic pinch of salt, and that we are all in the same boat going through the same thing. When negative thoughts about our photography creep in, it’s very easy to isolate ourselves, to come to the conclusion that this is only happening to us, and therefore holds more validity, but it’s simply not the case.

[REWIND: MAX FACTOR COMMERCIAL PRODUCT PHOTOGRAPHY | HOW I SHOT IT]

I was so proud of the shot you see above; It was  laborious endeavor but had much personal satisfaction. Naturally, I assumed that by putting it on social media, it would be met with a reasonable amount of awe and perhaps even generate a decent number of shares, likes, and followers, and perhaps lead to getting me work if the right people saw it. These are probably the same thoughts we all get when we share images we’re proud of.

So, what happened? I posted it to Twitter and Facebook which garnered a very lackluster response. Cue immediately a questioning of one’s self-worth. Now, I have a very thick skin, and this sort of thing doesn’t bother me. I can also say that the lackluster response may have been, in part, due to the lackluster effort I put in on the social media front. There are reasons for that, but I may explain them in another article.

As Paul so insightfully pointed out in his comment, social media can be damaging as we judge a photo’s worth by virality. It’s the popularity contest element to social platforms, and while ever-present, it’s the only way to judge if an image has merit, and a quick glance at the IG accounts from Z-list celebrities will highlight this as their most mundane of images will get thousands of ‘likes’.

OK, I Already Knew This But Can It Really Be That Damaging?

Some of you might remember the photo above. I posted it to the SLR Lounge Facebook Group before I’d even spent the time to do a proper edit as I was so pleased to have caught such a unique moment, and you all loved it. Logically, in my mind at least, another photo community like 500px might have the same affection for it. Logical? I thought so.

I think we can all guess what happened: It received a pathetic response. So pathetic in fact, that I thought it must be because I’d posted it at the wrong time. That prompted me to post it multiple times to see if the reaction would be better. It wasn’t, and that can cause a little light bruising, and for some initiate contemplation of the idea they must just be a bad photographer.

Now, I didn’t think anything as dramatic as that, but subconsciously it did have an impact. I’ve posted all of my nature photography to 500px. Regularly, images which I love have an appalling response, another example being the photo above. Over time, the disappointment became compounded and I began to look at photographs I love, in a very different, and quite negative, light.

So you see, it may not be an instant reaction but feelings like this are often compounded over time, even if there’s no immediate effect. The result for me? I stopped posting anything to 500px and decided that my wildlife photography was not worth much. Thankfully that opinion was changed some time ago but it took intervention from a friend for that to occur.

This Is Not Restricted To Social Media

Social media has been the focus of this post, however, it’s by no means limited to it, just an obvious one and its open publicity drives the points home. The problem can be found everywhere, and, in fact, I wrote an article recently under the guise of ‘pricing’, when truly it was about knowing your worth. Some of us are great at this; Thick skinned, confident individuals who are able to let social media rejection blow over their heads. Some of us are of a different breed and cannot. If you fall into the second category, like me, remember that social media is not a good measure of your worth as a photographer. That’s the crux of the story.

[REWIND: WHEN ARE YOU READY TO RAISE YOUR PHOTOGRAPHY PRICING?]

Sadly, those that fall into the second category though, are far more likely to be knocked back in a myriad of other ways. For example, if you write, your work may not be commented on, or perhaps you’re have a difficult client, not enough clients, or find yourself in a creative rut. There are loads of reasons we may fall prey to the negative side of our consciousness, and while I don’t think we’re able to completely alter that behavior but recognizing it certainly helps.

So If Not By Social Media, How Do I Judge My Photos

So how does on judge the worth of their images? Family and friends are usually useless, even the ones you trust to be honest. I’d say the first step to judging your work is to become your own critic. Pick some photographers that produce admirable work in your genre and try to be clear and honest when comparing your work against theirs. That’s a fantastic way to accurately judge your photos, but bare in mind, you are a work in progress and your imagery will reflect that, so best to understand the road may be long. (For more on the subject Check out this article)

[REWIND: OTHER PHOTOGRAPHERS ARE BETTER THAN YOU, USE THEM AS FUEL TO IMPROVE YOUR PHOTOGRAPHY]

The other way is to find a community of trusted photographers online who will give you honest and useful criticisms. SLR Lounge has an excellent area devoted just for this (find it here), where we encourage you to state the level of critique desired so as to guide the critique parameters. There are also very good community groups on various social media which can encourage you and your work. One such community I have been using a lot lately is the Photigy Facebook group. As most you know, I shoot a lot of product photography and this group is filled with product photographers of all levels who are attempting to raise each others standards. So social media isn’t all bad. It also goes without saying, that the SLRL Facebook Community is a strong one full of support from other users and staff. 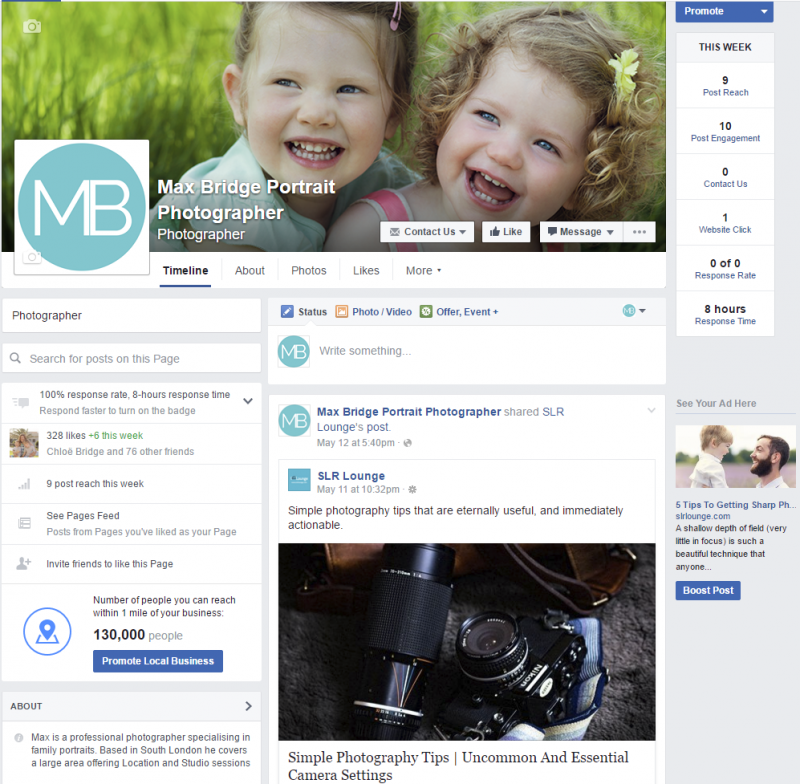 Don’t use social media as a benchmark for your worth as a photographer! Period. If in doubt, let me know and I can give you a list of some of the highest paid, most prolific and industry-admired photographers with hardly 5 thousand followers.

That said, be your own critic to a point, and seek out good and honest critique, and you can start that journey with us in the Critique section, where the aim will be to propel you up and forward. Finally, if you feel you do need some additional practice, head over to the SLR Lounge Store and get some education. My recommendations are for Photography 101, Lighting 101 and Lighting 201.

Internet Trolls Vs. Obscurity | How To Think About Internet Criticism As A Photographer

3 Easy Newborn Photography Poses To Try On Your Next Session