A Practical User Guide on Which Camera You Should Buy

Video: A Practical User Guide on Which Camera You Should Buy

“What camera should I buy?” To continue the theme of answering our most asked questions, this one is also near the top. Considering all the options we have available, it’s a fair question.  In this video/article, I’m going to break my answer up into three different points that relate to your photographic journey, all in hopes of giving you a practical guide based on my experience as a professional photographer.

Point 1: Which Camera Should You Buy If You’re Just Starting Out? 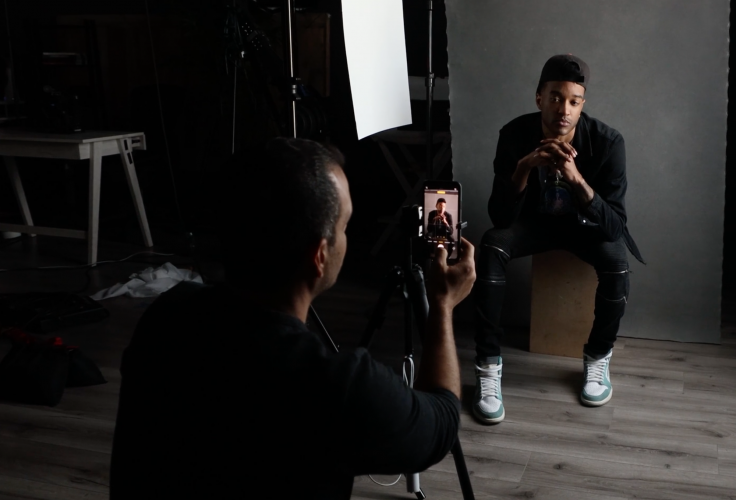 If you’re just starting out, chances are you don’t have a dedicated camera and the only pictures you take are probably on your smartphone. My answer for which camera you should buy at this point is this: Buy a better phone.

You probably didn’t expect me to start with that, but there’s a logical explanation. The phone (and the camera(s) in it) will always be your most accessible camera, one you will always have with you. If you invest in a high-quality phone with a good built-in camera, then you will have a decent, advanced point-and-shoot camera with you at all times. In fact, the images above were all captured with a smartphone for our Creative Photography 101 workshop, in which we show how to create professional images using only an iPhone. It doesn’t matter if you go with an iPhone, Android, or some other phone; however, I recommend choosing a phone with three lenses for wide, medium, and tight angles.

Instead of spending thousands of dollars jumping into a dedicated camera system, spend hundreds of dollars to get a better phone. That way, as I mentioned, you’ll always have a good point-and-shoot camera in hand.

Point 2: Which Camera You Should Buy When You’re Ready for a Dedicated Camera

You’ll be ready for this step when you’re already taking solid images with your phone (see above), but you’re starting to realize that the phone’s lack of control in terms of shutter speed, aperture, and ISO (among others) are holding you back. 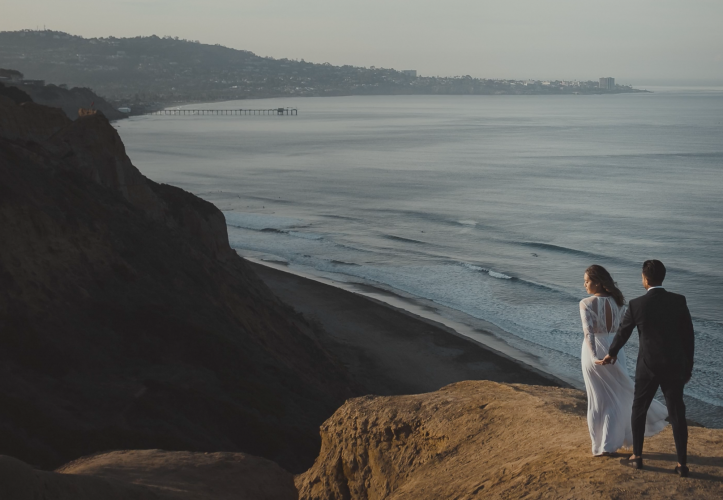 I would also suggest jumping into a dedicated camera system if you have aspirations for going pro. Doing so earlier on will allow you to learn to use a camera more quickly. Most of us jump from a phone to a low to mid-level camera system. The downside here is that the image quality doesn’t necessarily make up for the inconveniences of carrying around bigger, more expensive gear. You will also end up with larger files that need to be processed. It likely won’t be long before you start leaving the mid-level camera and go back to your phone.

Your dedicated camera should have substantially better image quality and do things that your smartphone just can’t do. Luckily, with all of the new camera updates (Canon EOS R5, Sony a7R IV, Sony a7S III, etc.), you have a better chance at scoring some quality used gear so that you can jump to a dedicated camera without breaking the bank. Here are some suggested models to check out:

It’s exciting to think that for somewhere around $1,000, you can pick up gear with the potential to shoot professional gigs. As an added bonus, these cameras use the latest lens mounts, which means you can also (eventually) get the latest lenses and you’ll already have the proper lens mount without having to use an adapter. Of course, that will largely depend on your education and knowledge, but at least you’ll be covered with adequate gear.

Point 3: Which Camera Should You Buy If You’re Already a Serious Photographer?

For those who are enthusiasts or pro and wondering when it’s best to jump into a new camera, I’ll give you two scenarios to help answer the question.

Similar to what I said earlier, you should upgrade to a new camera when you’ve exceeded the technical limits of your existing camera. Some limitations may include a weak or slow autofocus system that doesn’t keep up with your shooting style (resulting in an excess of blurry images), or perhaps the resolution is too low and the dynamic range is very limited. The thing is, most of us will run into self-imposed limitations before running into the limitations of the gear we use. This is because our own skill set and knowledge doesn’t actually outperform the camera. We often point a finger to the gear when, in reality, the limitations are our own.

Because Treat Yo’ Self

Many photographers may guilt you into thinking there’s something wrong with buying nice gear that may or may not be “more camera” than you’re capable of using, at least for now. If you can afford the gear, then there’s nothing wrong with purchasing whichever system you want. A lot of us like to have nice things. It’s the reason some people might go out and buy a sports car even if they’re not professional race car drivers. It’s why I like to buy professional chef-quality cooking equipment for my kitchen, even though I’m only an amateur cook at best. There’s nothing wrong with buying nice things and using them out of appreciation.

My only suggestion here is to avoid spending money on gear that just stays in your closet.

My Thoughts on Exciting New Gear

For those looking at top level cameras, I’d like to share my thoughts on various systems and let you know what I’m most excited about in the latest (and upcoming) gear.

From the Canon lineup, in terms of cameras, I’m excited about the Canon EOS R5 and the EOS R6. Yet, while these two camera bodies are wonderful, I’m most excited about the new RF Lenses. They’re some of the best lenses I’ve ever worked with, and the way they resolve detail is just nuts. In a previous review of the EOS R camera body, I used RF lenses and noted how they seemed designed to resolve crazy amounts of resolution that went far beyond what the EOS R could do, perhaps geared more for cameras with 80-100 Megapixel sensors. There may or may not be such a camera on the horizon, so we’ll have to stay posted for any updates on that front.

One of my favorite features of Canon cameras is ergonomics. Straight out of the box, these cameras are designed to be picked up and used comfortably. The menus, functionality, and button layouts are equally impressive and easy to use. In addition, the colors coming straight out of the camera lend themselves well for a vibrant style and look, which you can tweak in the settings of other cameras to match.

If you’re a cinematographer, you probably already have your eye on the Sony a7S III. On the still photography (and cinema) side, maybe you’d prefer the a7R IV. Honestly, I’ve been using the a7R IV for a while now, and I don’t know of a camera system that is more capable than this camera. It is an incredible camera. It’s like having a rocket ship in your hand and it does every possible thing I would want in a still camera; even the video features and quality are fantastic. The only thing I wish it had is the ability to dial down the resolution a bit if I don’t need it. This camera produces large (albeit high resolution) image files, but the dynamic range, detail, and frame rate are all nuts!

The menu and ergonomics lend themselves to users who want more advanced functionality and are willing to dive deep into the layout and menu system, which means setting everything up can be cumbersome; however, the payoff is worth it. The colors that the Sony cameras produce out of the box work well with editorial, commercial, and architectural work because they’re clean and neutral. Of course, you can always tweak these as well. 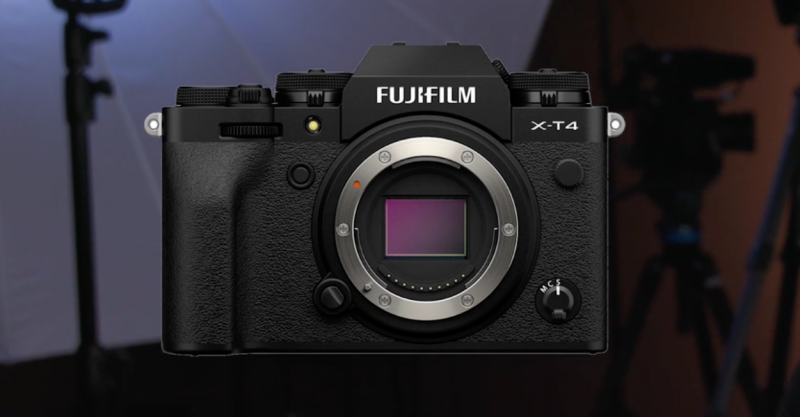 On the Fujifilm side, I’ve been using the Fujifilm X-T4 quite a bit. It is not only a capable system but also one of the best feeling cameras on the market. The feel of the cameras takes me back to actually shooting film. In fact, this camera has film stocks built right in. These aren’t just filters. They’re actual Fujifilm stocks that you can digitally apply to the images as you capture them. This makes the Fujifilm system completely different from every other camera out there. It offers a different lifestyle experience, and the X-T4 offered one of the best overall experiences that I’ve had.

I hope you enjoyed this practical user guide on which camera you should buy. It’s my hope the guide gave you useful insight and information you can actually use to help decide what to buy and when. Feel free to share it with friends when they ask YOU the question.

7 Myths & Misconceptions as a Wedding Photographer