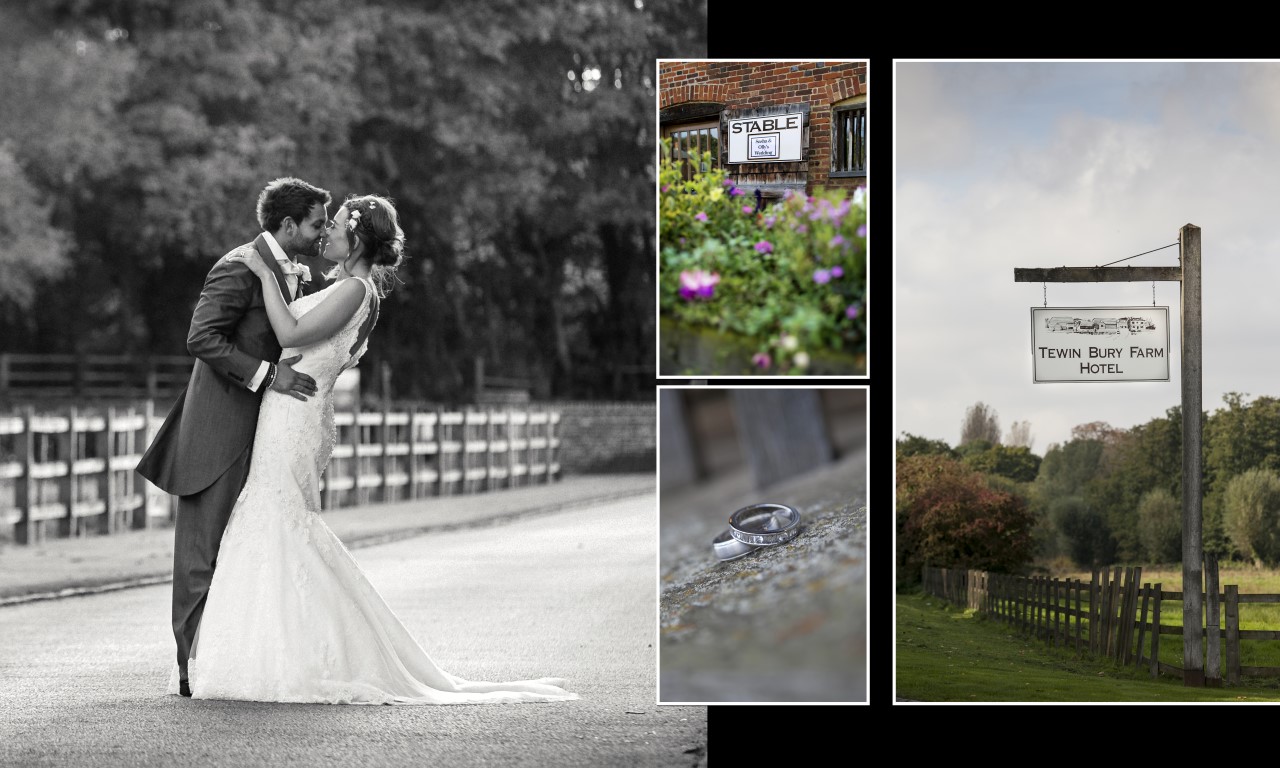 8 Tips For Shooting With The Album in Mind

There are few things more disappointing for a photographer than taking time to assemble a  photo album, only to find that the majority of the images that you’ve chosen just don’t look right – or simply don’t fit – within the design, size or layout that you’re working with. So shooting your photos with the album in mind can be the key to ending up with a wonderful looking product. There are some key techniques that you can use to really maximise the look and feel of those albums. 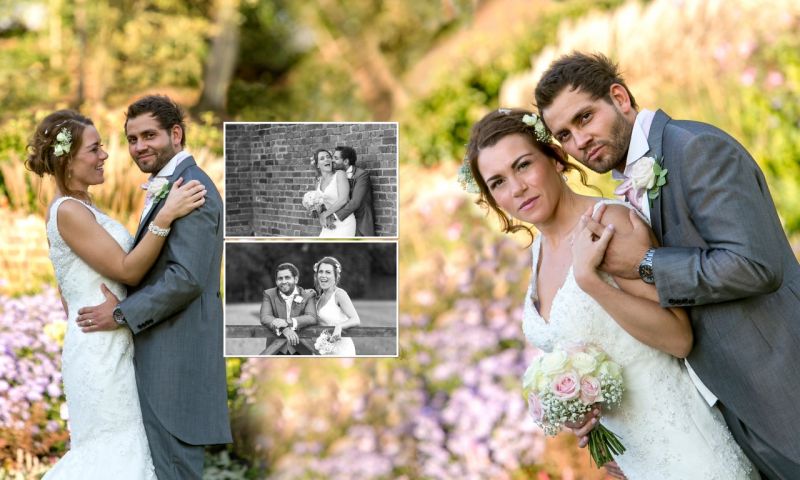 Deciding on the size of the album right from the beginning, and whether it’s going to be portrait or landscape orientation, will put you in a much stronger position when shooting the actual photographs. If, for example, you know that you’ll need to fill wide landscape pages of 12″ high by 36″ wide, then it’s easier to compose your photos to fill that space. Less cropping will be needed later on if the images are too big, and you won’t struggle to fill blank space if the images are too small.

All albums will have some kind of gutter down the middle of the spread where the album folds. Even the newer ‘lay-flat’ types of photobooks, such as those available from Photo Productions, will have a very small crease, so when laying out the photos, you’ll want to avoid putting anything too important (such as people’s faces) over that middle area. Keep this in mind when photographing your subjects – particularly for large, panoramic group shots that can often look great across a double page spread. Yes, there’s already a lot to deal with when you’re arranging a large group of stubborn wedding guests, but if you can also visualize how the photo will slot into the final album then you’re onto a winner. When composing the shot(s) try not to have everyone bunched too close together, or get them to leave a very small gap, or line up the edges of people’s heads together near the center of the photo. 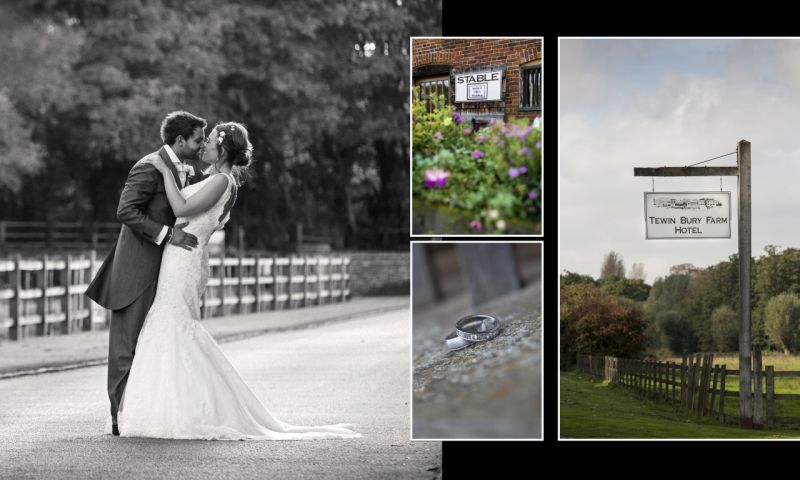 Every print company has their own rules about leaving a trim and safety zone around the edge of the album page. Whichever printer you use, it always helps to know their specifications before embarking on a shoot. At the very least, do ensure that when composing your shots you don’t have any important aspects right at the edge of the frame, as there is a good chance they will get trimmed off during the book’s printing and binding process.

The paper stock that your photos will be printed on can affect your images whether it’s glossy, matte, coated or laminated. Glossy paper, for example, can make a bright photo appear even brighter and shinier than you intended, and matte paper might make an image appear dimmer. So you may want to adjust your camera settings and shutter speed to account for paper-related factors.

If you’re shooting outdoors on a sunny day and you don’t have your light meter handy, then begin shooting with an aperture of roughly F/16. This will balance the variables that are present when you’re dealing with a natural light source, helping to make sure that at the very least your finished images aren’t over or under exposed. When using F/16, remember to also turn off your flash, use the ISO 100 camera setting and use a shutter speed of 1/100th of a second or less. 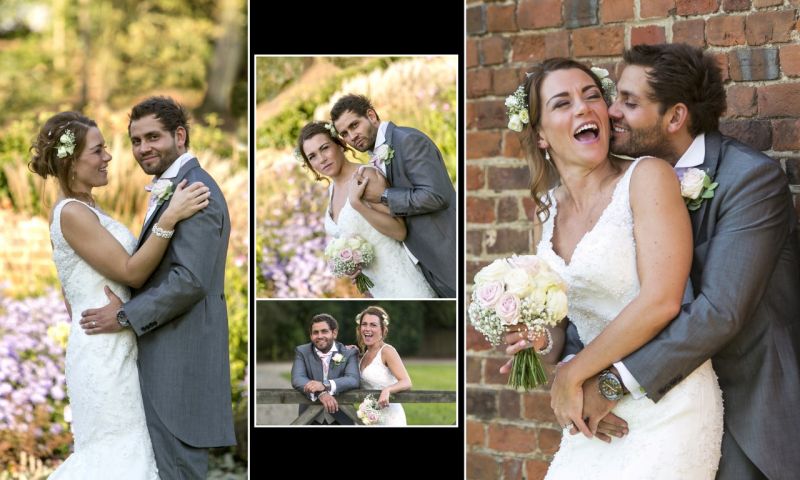 One of the most important things when shooting for a photo album is composing your shots to create a much-needed sense of depth. If you’re trying to shoot a photo of a national monument, for example, it can be difficult to tell from a flat image just how large of an object you’re looking at, and how massive the scale really is. Place a person (or a familiar object) in the foreground and make sure that you’re exposing properly to capture all of the fine detail of the monument in the background. That’ll provide a fantastic sense of depth and scale for the finished album.

Colour contrast plays an important visual role when browsing through a finished photo book, so you’ll want to shoot with this in mind. On the one hand, you don’t want loads of different colour contrasts within one group of photos – at a wedding, for example, where you’ll probably want all the ceremony shots to have a visual continuity. At the other end of the scale, extreme contrasts can work extremely well in the album – for example, full-colour images set against a black and white backdrop, or vice versa, can really lift the photos off the page.

If you’re going to be taking a lot of low-light or night-time photos, then pay attention to the shutter speed, aperture and ISO speed that you’re using. Try not to vary these settings too much from photo to photo, as maintaining consistency will also help with the visual continuity. Two photos taken at night can look completely different if you’re exposing them differently, which can lead to two odd-looking pictures when they’re paired next to each other. 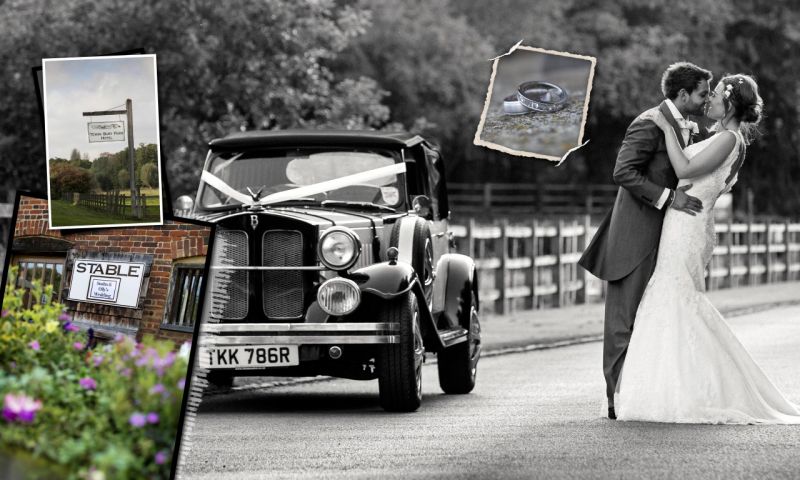 Once the photography is done, now comes the final stage of assembling everything for your album. It will almost certainly involve sitting in front of a computer screen for post production work or just for selecting and organising the images. However, most computer monitors are factory-set to be used for general work, such as Internet browsing, checking emails and so on. The screens tend to be artificially bright, and they aren’t optimised for photo editing. It’s, therefore, worth investing in a professional calibration device (such as a Spyder or ColorMunki) to get the brightness, contrast and colour temperature just right. They have internationally recognised settings built-in, and will automatically adjust your screen to match them, so you’ll be able to get your images looking much closer to the final prints.

And now you’re all set to get yourself, and your clients, some fantastic looking photo albums. Best of luck!