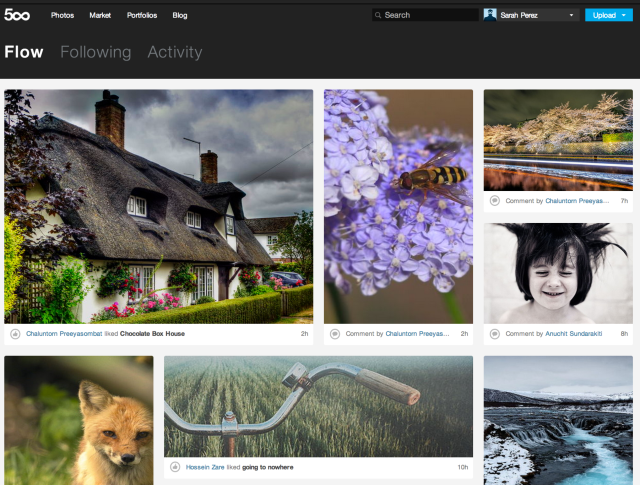 Popular photo sharing community 500px has announced that they have successfully secured $8.8 million in Series A funding and the company is looking to use this new influx of capital to improve its consumer reach. According to CEO Oleg Gutsol 500px will be looking to improve and expand their online marketplace, making it easier and more profitable than ever to sell your art through the photo sharing service.

“A lot of the users may not even realize that the photos that they share online have a commercial value,” says Gutsol. “Part of that will be through the commercial marketplace we build and promote online, and the second part will be through partnerships with various companies,” he continues. The partnerships that he eludes to could be with licensing companies who can distribute 500px member photos to lifestyle chains, who could then resell the physical prints. According to Gustol the company is already in low level discussions with several companies about this.

500px will also be tripling their current staff of 25, and will most likely be opening up a new office in the Bay Area (their headquarters is in Toronto Canada). This will lead to faster updates, quicker fixes, and more additional features. This is something that I am personally exited about because it means 500px can improve and evolve faster.

Some more possible improvements to the site that Gutsol mentions are improvements to the organization and presentation of your images. “We have several things in the works that will bring the high-quality experience to the mass market,” he says. I think it is safe to say that good things are coming down the pipe over at 500px, and if Flickr (for example) wants to catch up they better get working because 500px is about to get even better.

What are your thoughts on this? Are you exited for Marketplace improvements over at 500px? Let us know in a comment below.