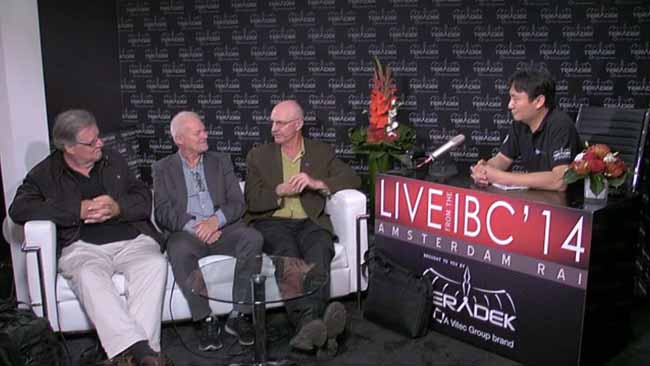 If you have been paying attention to the photography world, you might have noticed a trend. More and more companies have been jumping on the 4K train. 4K is on its way to become the standard that all film will be shot on, but is it necessary? Three high-profile DPs (Geoff Boyle, Rodney Charters, and Bill Bennett) sat down with Dan Chung of News Shooter at IBC to talk about the the current state of digital imaging and the the future it should take.

Just a few years ago, with the push to HD, camera manufacturers scrambled to constantly one up each other and see who could get to the top of the resolution peak first. Now, the camera in your pocket will shoot 1080p, but that doesn’t mean that it should be used for any commercial work. Camera manufacturers now are racing to 4K and no one will win.

As consumers, we see 4K this and 4K that and we assume that more is better. Companies are producing more and more cameras with higher resolutions because we keep demanding it. They hype up resolution over color and contrast because it is easier to manufacture than dynamic range.

Dynamic range and color are more important to any scene than the resolution. Look at the rise of Fuji and their X-Series of cameras. They are not concerned with sensor resolution or even sensor size; they care about color. To the human eye, contrast and dynamic range can seem sharper than a flat image. We add sharpening and clarity to our image in Lightroom, but it is just a pixel by pixel contrast shift to give the illusion of sharpness and doesn’t add any resolution to the image.

Digital video is already too sharp to begin with. Professionals either use nets or diffusion filters to soften the images to make them more film-like. Why shoot in the highest resolution and bandwidth only to obscure the details?

What do you think? Should camera manufacturers stop pushing 4K? Is resolution all that matters? Share your thoughts below!